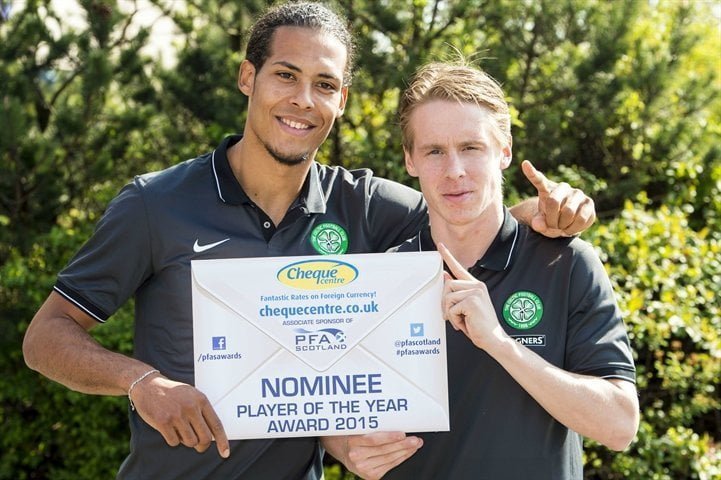 Johansen: I’ve got no reason to leave Celtic

Stefan Johansen has handed Celtic a major boost by confirming his desire to stay at the club amid speculation about his future.

Johansen has had an impressive season and was rewarded with a place on the PFA shortlist for Scottish Premiership Player of the Year.

The Norwegian is integral to the Hoops’ success and has played nearly 60 games this season at a consistently high level, which has attracted the attention of clubs in Germany and in England.

His boss Ronny Deila has played a pivotal role in Johansen’s development and has spoke of his desire to build the team around the 24-year-old.

And Johansen says he has no reason to leave the Scottish champions any time soon.

“To be honest, I haven’t focused on the speculation at all,” he said at the unveiling of the PFA nominees.

“There are still a lot of games to be played this season so right now I’m not thinking about that.

“Right now I’m happy at Celtic. I feel like I’m becoming a better player every day. I don’t see any reason why I should move.”

Johansen conceded not being able to win the treble after their Scottish Cup exit to Inverness was hard but he doesn’t believe that has taken any of the gloss off their season.

“Sunday and Monday was tough,” he said. “We wanted that treble so badly.

“We knew we were in a good position in the league and were going well in the cup. So it was sad to let it slip.

“Now we need to move on. That’s the good thing about football – there are more games to be played almost every day.

“But I don’t think the shine has been taken off all the other things we have done this season just because we did not win the Scottish Cup.

“There are five games left but after the season is finished we will be able to say it has been a good season.

“We won the League Cup and hopefully we will win the league. As well as that we got through our Europa League group.

“Of course, Celtic fans always expect much and as a player you want it all too. But last weekend shows how difficult it is to win all these games.

“However, I still think we are getting better and better, so next year will be good.”