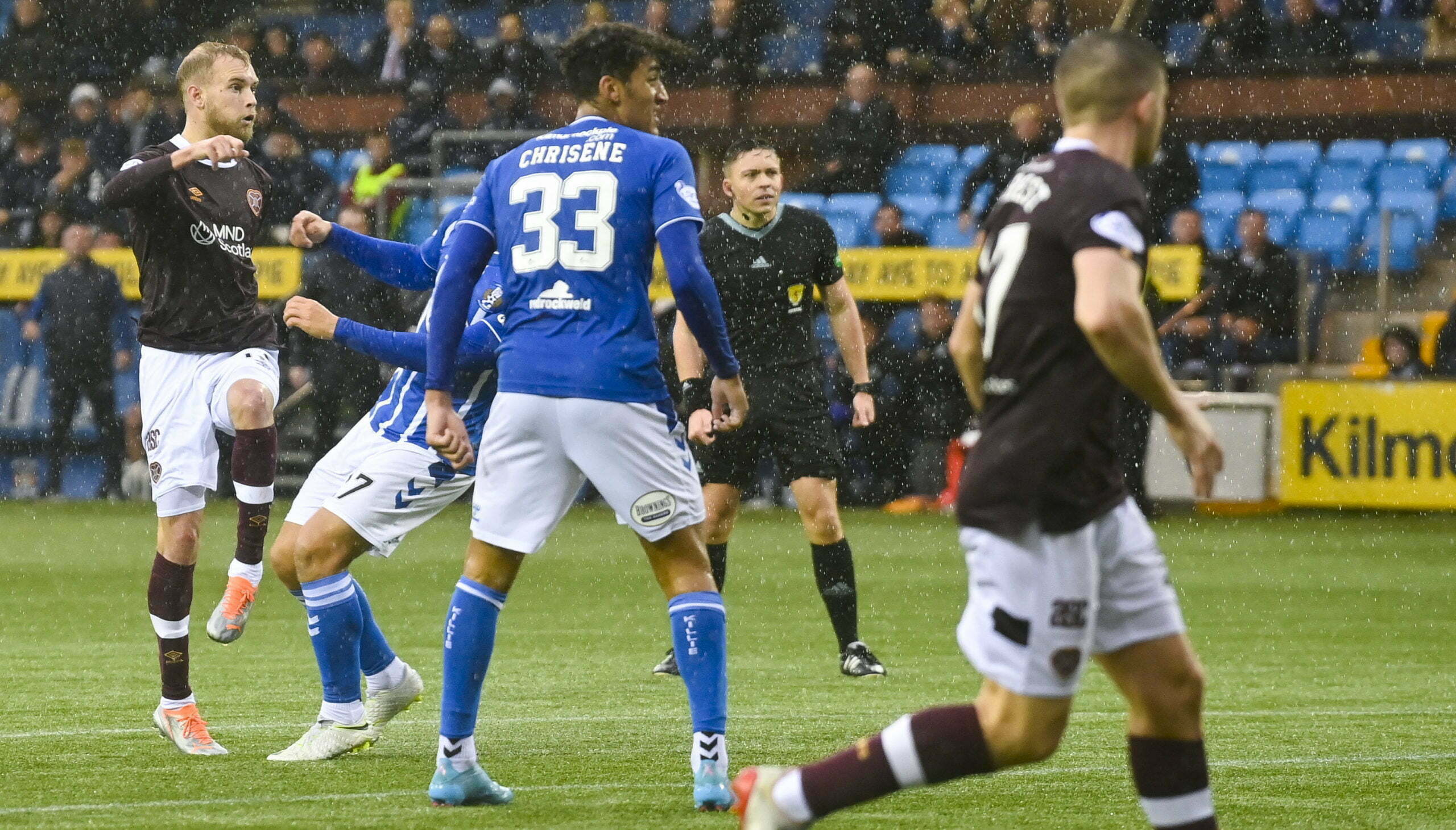 By Blair MalloyOctober 9, 2022No Comments

Nathaniel Atkinson produced a stunning volley, with the last kick of the ball, to rescue a point from the jaws of defeat for Hearts, as they battled back from 2 down to secure a draw at Kilmarnock.

Darek McInnes’ men took an early second half lead through Chris Stokes, before Lafferty capitalised on a rare Craig Gordon’s blunder to double their advantage. Stephen Humphrys instantly pulled one back for the visitors, before Atkinson produced an incredible finish to salvage a point.

Kilmarnock were fresh off the back of a positive mid-week win against St Johnstone. Hearts meanwhile went down 3-0 to Fiorentina in the Europa Conference League, in a match they would rather forget.

Barrie McKay had the first opportunity of the match for the visitors. An excellent pass from Alan Forrest found Lawrence Shankland, who threaded the ball across to Mckay, only for the Scotland winger to blaze over the bar.

Jordan Jones then found Danny Armstrong at the back post, but the winger headed wide for the  home side.

Chances were flowing for both sides, the best coming from Kilmarnock as Blair Alston scooped a close-range effort into the arms of Craig Gordon.

Minutes before half time, Alston broke through the lines of the Hearts defence before seeming to be dragged back Alex Cochrane. The referee looked the other way much to the angst of the home crowd.

Moments after the second half kicked off and the away side were in front. An Armstrong corner caused chaos in the Jambos box, where Chris Stokes was on hand to bundle the ball past Craig Gordon, who complained he was being fouled in the process.

A rare Gordon mistake then allowed the visitors in for their second. The veteran keeper stumbled over the ball when dealing with an Andy Halliday back pass, allowing Lafferty to poach the ball and double Kilmarnock’s lead.

Two minutes later though and Hearts had one back. Robert Snodgrass delivered an incisive through-ball to Stephen Humphrys, who rounded Zach Hemming and coolly dispatched to provide an instant response and keep the game alive.

Just as Kilmarnock though they had the points secured, Australian defender Atkinson unleashed a magnificent effort to rescue a draw for the away side.