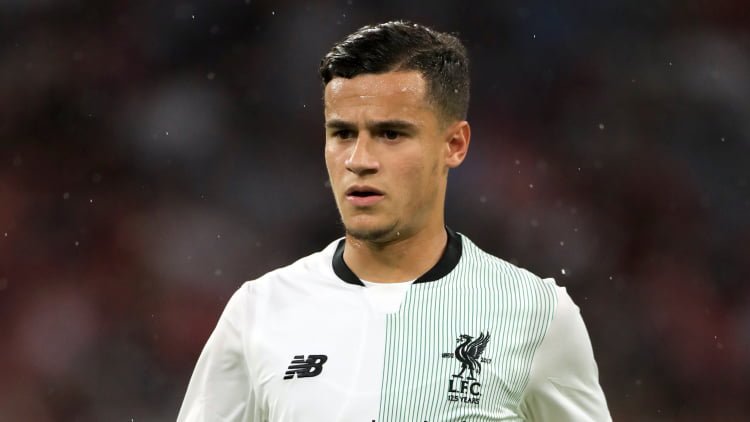 Liverpool’s owners have ruled out accepting any bids for playmaker Philippe Coutinho, seemingly ending the prospect of a move to Barcelona.

The Catalans are understood to have had two bids turned down for the Brazil international, the second in the region of £90million.

But in a statement, owners Fenway Sports Group backed up manager Jurgen Klopp’s public stance by saying: “We wish to offer clarity as regards our position on a possible transfer of Philippe Coutinho.

“The club’s definitive stance is that no offers for Philippe will be considered and he will remain a member of Liverpool Football Club when the summer (transfer) window closes.”

Klopp has been firm in his stance that Coutinho is not for sale.

And the manager was quoted on Thursday as telling Sky in Germany: “From a financial standpoint there is no price limit to let him go. A price at which we are ready to give in.

“Our goal is to have the best possible team so we want to keep our guys and add new ones. That is our plan.

“Liverpool is not a club that has to sell players. That is set in stone. So what they pay in the end doesn’t matter.”

Barca have plenty of money to spend, having sold Coutinho’s compatriot Neymar to Paris St Germain for a world-record £200.6m last week.

Coutinho, who joined Liverpool from Inter Milan for £8.5m in 2013, signed a new five-year deal with the Merseyside outfit in January that did not include a buy-out clause.

The 25-year-old was their leading scorer with 14 goals in all competitions last term, a season that saw Klopp’s men secure a fourth-placed finish in the Premier League.

Liverpool open their 2017-18 campaign with Saturday’s league clash against Watford at Vicarage Road and there are doubts over whether Coutinho will be available for the match, with him having been receiving treatment this week for a back issue.