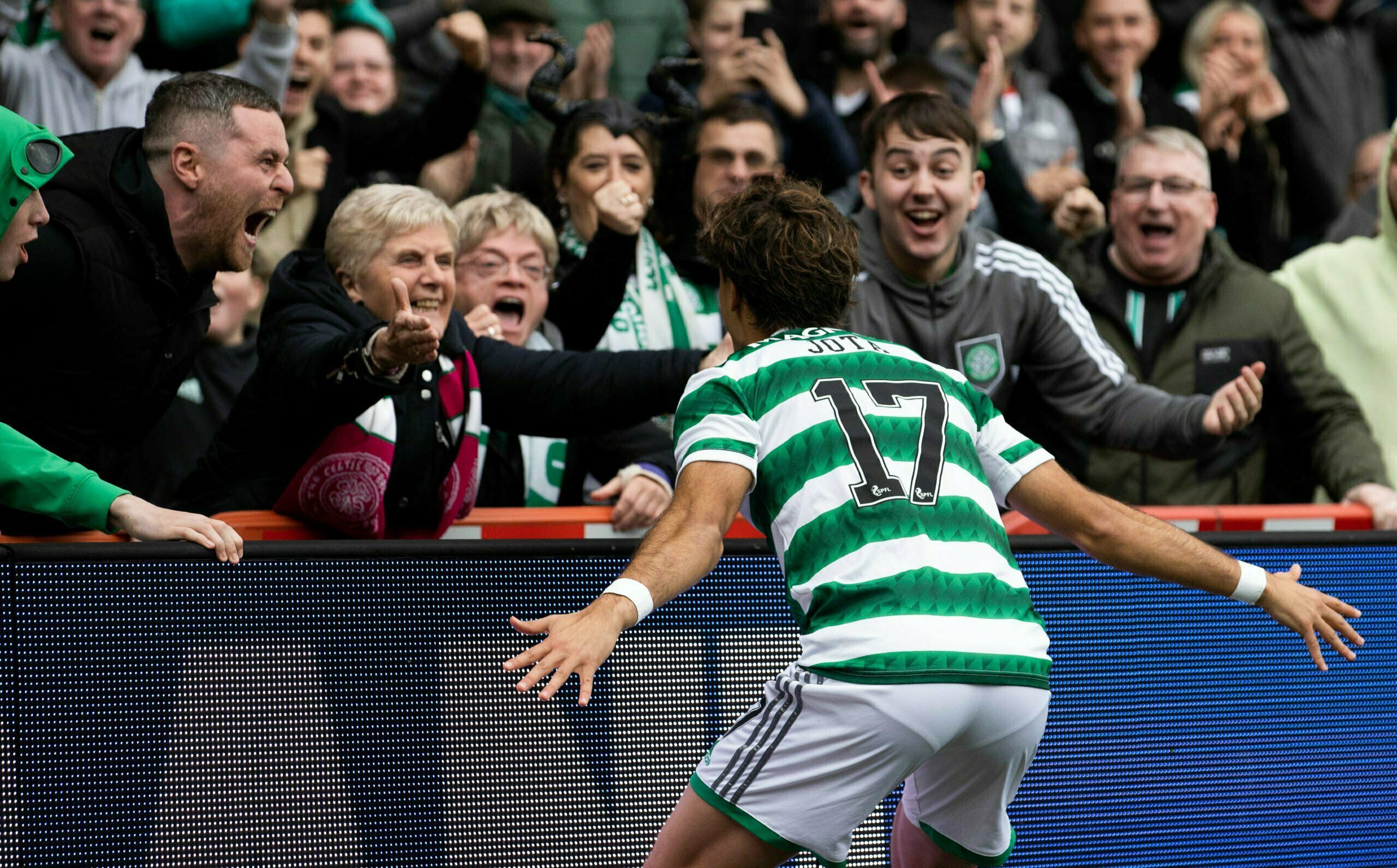 By Blair MalloyOctober 30, 2022No Comments

Jota marked his return from injury with a late goal from the bench, after two excellent finishes either side of half time, first from Kyogo Furuhashi then Greg Taylor, gave Celtic a comfortable 3-0 win in what was otherwise a drab contest.

Japanese forward Kyogo put the away side ahead with a clinical left footed shot after nine minutes, before Taylor’s rifled effort from outside the box made it two on the 52nd minute.

Giorgos Giakoumakis then missed an 83rd minute penalty before Jota struck two minutes before the end to extend the Hoops lead at the summit of the Cinch Premiership back to four points.

Coming into the match, Livingston were without regular goalkeeper Shamal George, meaning a debut for Jack Hamilton in between the sticks.

Meanwhile, Ange Postecoglou was given a boost by the return of Portuguese winger Jota to the bench, whilst James Forrest came back into the starting eleven.

It took Celtic only nine minutes to take the lead through Kyogo Furuhashi.

Celtic’s top scorer this season found himself in space in the box, before unleashing a vicious strike with his left foot past Hamilton into the roof of the net.

An ominous start for Livingston, given that Celtic were unbeaten in 109 games when scoring first.

James Forrest almost doubled Celtic’s lead on 25 minutes, but the winger pulled his shot wide after some tidy play on the edge of the box with Aaron Mooy.

Celtic managed only their second shot on target moments into the second half, a Greg Taylor strike stinging the palms of Hamilton.

That proved to be a warning of things to come as Taylor doubled the visitors advantage on 52 minutes.

The full back picked the ball up on the same position on the edge of the box and rifled his shot through a crowd of bodies and ultimately the legs of the despairing Hamilton.

That made it 2 goals in 2 games for the Scotland international, who was celebrating his 100th appearance in green and white.

Substitute Giorgos Giakoumakis was handed a golden opportunity to make it three from the penalty spot, after VAR had judged Andrew Shinnie to have handled in the box.

The Greek forward couldn’t convert however, and the score remained at 2-0.

Minutes later though and Celtic did have three thanks to another substitute in the form of the returning Jota. The Portuguese winger was on hand to turn the ball home from close range to seal a comfortable three points for the Hoops.