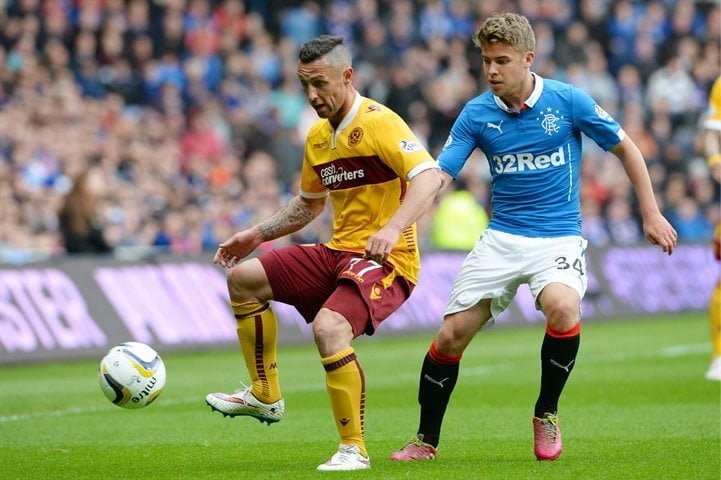 Motherwell have announced they have released 15 players, including striker Scott McDonald from the club and have offered Lionel Ainsworth, John Sutton and Lee Erwin new deals.

The Steelmen preserved their Premiership status with victory over Rangers in the play-off final but that has not stopped a mass cull at Fir Park.

While George Long, Mark O’Brien, Anthony Straker, Louis Laing,Nathan Thomas, Conor Grant, Scott McDonald have either their short-term deal come to and end or have gone back to their parent club.

I would first and foremost like to take the time to sincerely thank each and every player who is leaving the club for all their hard work and endeavor.

“Guys such as Bob McHugh, Stuart Carswell and Ross Stewart have been Motherwell players for a significant amount of time and deserve particular recognition for their length of service. Simon Ramsden, Fraser Kerr and Zaine Francis-Angol have been at the football club during an almost unprecedented period of success and played their parts, as did Paul Lawson and Iain Vigurs.

“We wish each and every single player leaving the club all the very best with their future careers. However, I feel we need a freshness in the squad and that’s my role over the summer.

“Some of the lads who arrived during January / February certainly impressed and aided in our league survival, and we would be keen to keep them on. However, we still need to have a conversation with either the individuals or their parent clubs to see what is possible.

“We have or will also offer extensions to Lionel Ainsworth, John Sutton and Lee Erwin for next season. That process has begun and we hope they will stay, but face completion for all three. We will offer them the very best we can though and hope they see themselves fitting into the way we want to play in 2015/16 and beyond.”