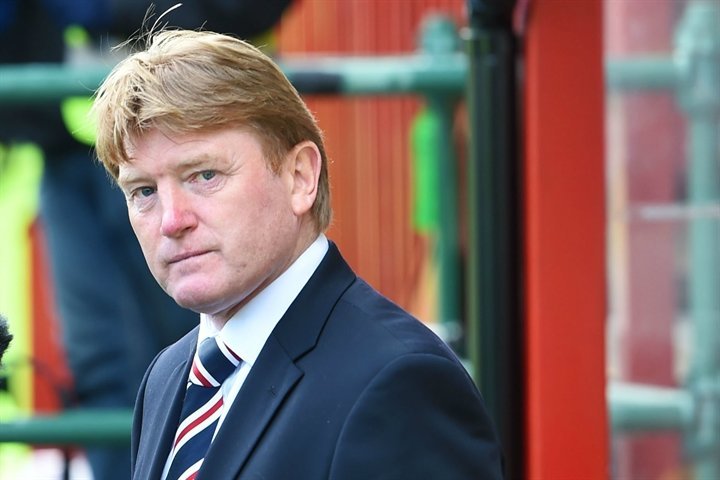 Stuart McCall still believes he’s the man to take Rangers forward despite being unable to seal promotion to the Scottish Premiership after the play-off final defeat to Motherwell.

McCall, who was placed in charge until the end of the season by the new Rangers board, understands he will face competition for the job in the summer but believes he has all the attributes to make them a success and get them back to the top flight.

“Would I like the job for next season? Of course I would and I think if you look at what the club will need next year it’s probably what my three strongest points are: recruitment, getting the best out of the players and improving them.

“It’s a fantastic club to work for, there are still a lot of good players that will be here next season and I think what the club needs next season I can provide.

“I’ll have a meeting with the board shortly and we’ll see where we go from there but it is a bit raw at the minute as we’re disappointed with what’s happened.”

Rangers suffered a 3-0 defeat to Motherwell at Fir Park in the second leg of the play-off final, ensuring it finished 6-1 on agg to the Steelmen.

Cammy Bell’s mistake for Marvin Johnson’s opener all but killed the tie as a contest before Lionel Ainsworth and a late John Sutton penalty sealed Motherwell’s status in the Premiership for another season.

“I think three of the five goals they scored have been deflections but over the piece we haven’t been good enough against them.

“We played a bit into their hands in the second half when we go a goal behind and have to go gung ho.

“I’m proud that we took it to this last day. I’m pleased at a lot of things that happened over the last two games.

“We huffed and puffed, we had opportunities which we didn’t take and sometimes in football you just need a little bit of lady luck.

“If we’d got a little deflection then who knows but it wasn’t to be and they were the better side over the two games.

“We might have lacked a bit quality in the end but for desire and pulling themselves together I couldn’t have asked any more from the players maybe the two games were just a bit too much for us.”