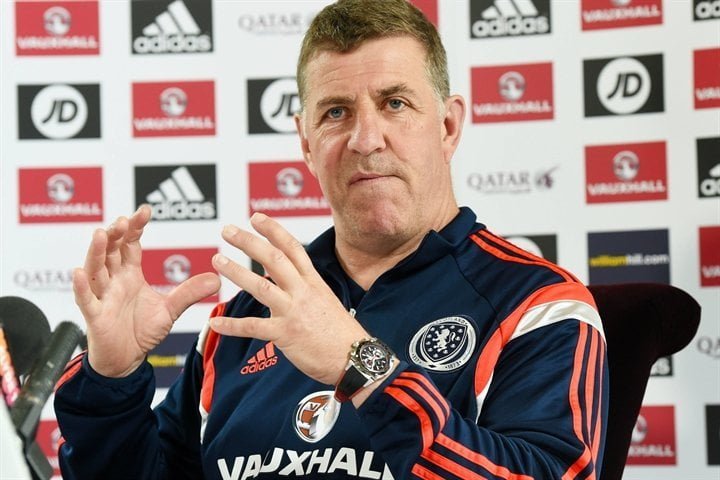 McGhee: We used to drink for 12 weeks in off-season

Scotland assistant boss Mark McGhee has been impressed by the level of fitness shown by the players at this stage of the season, insisting the players haven’t missed a beat in training.

McGhee concedes it wasn’t like that in his day with the off-season meaning exactly that ‘off’ as soon as the final whistle was blown after the Scottish Cup final.

However, ahead of Scotland’s Qatar and Republic of Ireland double header, the former Aberdeen and Celtic striker says the players realise they can ill-afford to neglect their fitness and diet in the summer.

“The players trained yesterday and today and don’t look as if they had missed a beat,” he said.

“I usually finished on cup final day, I have to say, which was always around the time of my birthday – and then we would have 12 weeks of drinking.

“But nowadays the boys have a totally different mentality.

“Look at the top players, Barcelona have a game on Saturday (Champions League final) and they will be back training and playing again at the beginning of July.

“It is the nature of the modern game. It is almost all-year round and they have to accept that is the case and have a totally different mentality from the time when we finished on the 20th of May and started again on the 13 of July, without doing anything in between.

“It is not like that anymore. I can see that (change of mentality), absolutely.

“Their attitude towards their own health and fitness is slightly different to what it was with us.”

McGhee was keen to avoid being drawn into the controversy surrounding the decision by the SFA to play Qatar amid human rights issues of migrant workers’ conditions in the country.

It has led to a potential boycott of Friday’s game by some Tartan Army supporters and McGhee says he understands their decision.

“We are football people and don’t concern ourselves with political issues,” said McGhee.

“I have total respect for people’s opinions and everyone is entitled to take the stance that they are comfortable with and we have to accept that.”