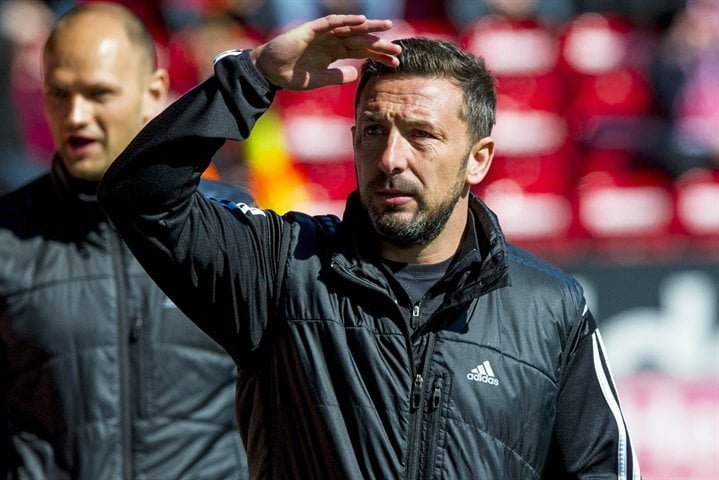 Derek McInnes is set to be rewarded for guiding Aberdeen to second in the Scottish Premiership with a new deal, according to the Daily Express.

This season the Dons have equalled the highest points total outside the Old Firm – 74 – set by a Hearts side funded by Vladimir Romanov in 2005-2006.

The club are desperate to fend off suitors from England and extend his current deal which expires in 2017 – signed last season after their Scottish League Cup triumph – to at least 2018.

Aberdeen have managed to extend a number of players contracts this season already including the likes of Adam Rooney, Niall McGinn and Jonny Hayes and they are hopeful that McInnes will as well.