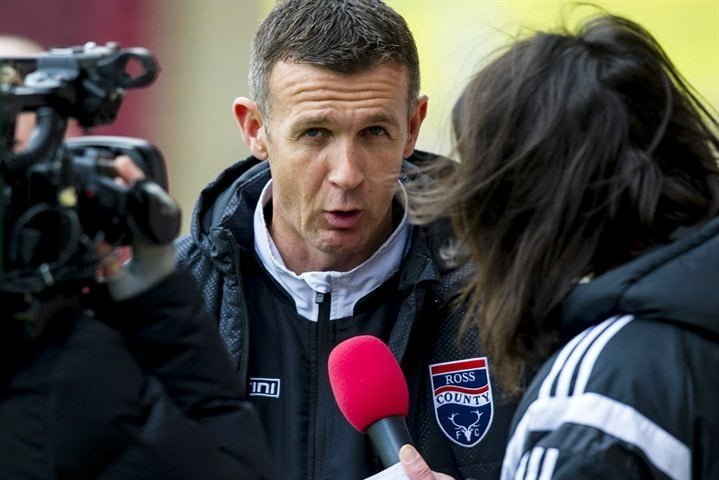 Ross County boss Jim McIntyre has dismissed suggestions that both his side and Kilmarnock will play for a draw should they only need a point on the final day of the season.

The SPFL is fearing a carve up if the points gap between Motherwell, Ross County and Kilmarnock stay the same heading into the final round of fixtures.

As it stands Motherwell would be four points behind the pair which would mean even if they beat Partick, Killie and County would just need a draw to guarantee themselves safety.

However, McIntyre says both teams will be going out for victory.

“I’ve never set out a team for a draw,” the Staggies boss told BBC Scotland.

“We set up every game to try to win it and, as professional people, both myself and Gary will be trying to win.”

There have been concerns that World Cup 1982 could play out again where West Germany and Austria played out a 0-0 draw to Algeria’s cost but McIntyre dismissed those suggestions.

“I’m not going to have that labelled at my team.

“It is easy for people to start making assumptions about what will happen, but football can change in the blink of an eye – players getting sent off, goalkeepers making mistakes.

“To try to set up for the draw is very difficult. If you sit back off the game, you can find yourself being put under a lot of pressure.”