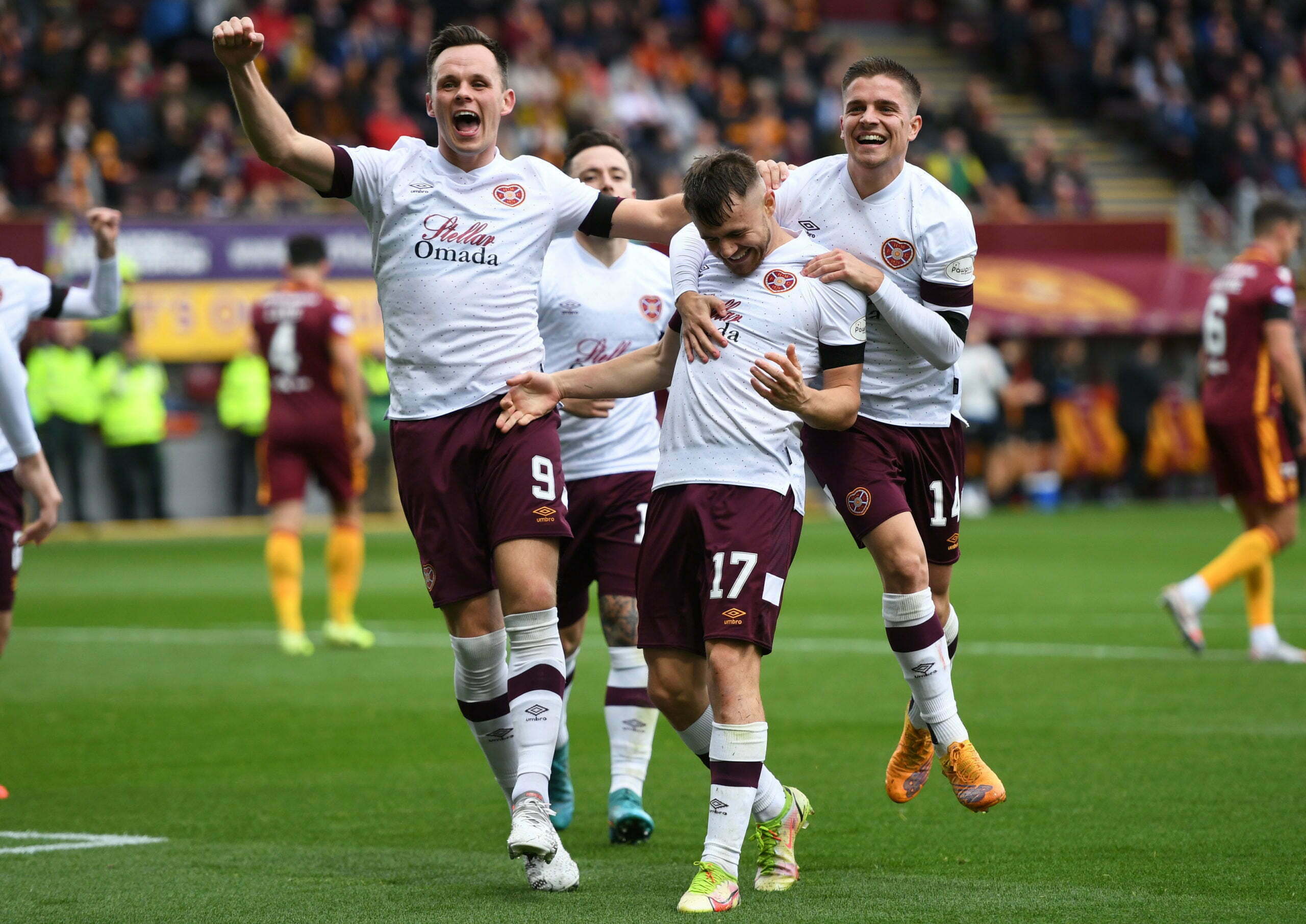 By Blair MalloySeptember 18, 2022No Comments

Hearts seen off Motherwell 3-0 to go into the international break in 3rd place in the table, but the home side will be left lamenting their poor finishing.

Goals from Lawrence Shankland and an Alan Forrest double were enough to see off Steven Hammell’s side.

However, the steelmen will come away from this game wondering how they didn’t find the net after having 2 goals disallowed and missing a plethora of opportunities.

The hosts started the game livelier of the two as Joseph Efford tested Craig Gordon before he was flagged offside.

It took 18 minutes for deadlock to broken, as Lawrence Shankland brought his mid-week scoring form home from Latvia to give Hearts the lead.

Rickie Lamie mis-judged a ball into the Motherwell box heading the ball straight to Shankland; his initial shot saved by Liam Kelly only to fall straight back at the striker’s feet who made no mistake second time around.

Both sides came close to getting on the scoresheet with Blair Spittal curling an effort just wide of Craig Gordon’s post whilst Alan Forrest also tested Kelly.

Rolando Aarons came on for the injured Efford on for he himself to be replaced by Stuart McKinstry just before the break.

Minutes after the re-start and Paul McGinn had an incredible miss for the home side. The defender managed to hit the post when the goal was gaping, with the home fans rueing another missed opportunity.

It didn’t take long for Robbie Neilson’s men to make their hosts pay as Alan Forrest made it 2-0. After some excellent hold up play by Shankland he found Forrest who curled into the bottom corner.

There were new faces on show for both sides as Robert Snodgrass made his Hearts debut whilst Louis Moult took to the field for the first time after returning to Motherwell.

Moult almost made a dream start to his latest spell at the club only to be denied by the linesman’s flag, after tapping in a ball across the face of goal from Kevin Van Veen.

There was still time for a trademark Craig Gordon wonder save from Matt Penney drive before the defender hit the bar moments later as the Hearts keeper’s clean sheet somehow remained intact.

Alan Forrest bagged his brace with seconds left before the 90-minute mark. Nathaniel Atkinson cut the ball back for the winger to sweep home Hearts’ third and to seal the points.

It will be no consolation to the home side that they could’ve won the game twice over with the chances they had but it was a lesson in clinical finishing from the Gorgie Boys who take all three points back to the capital.