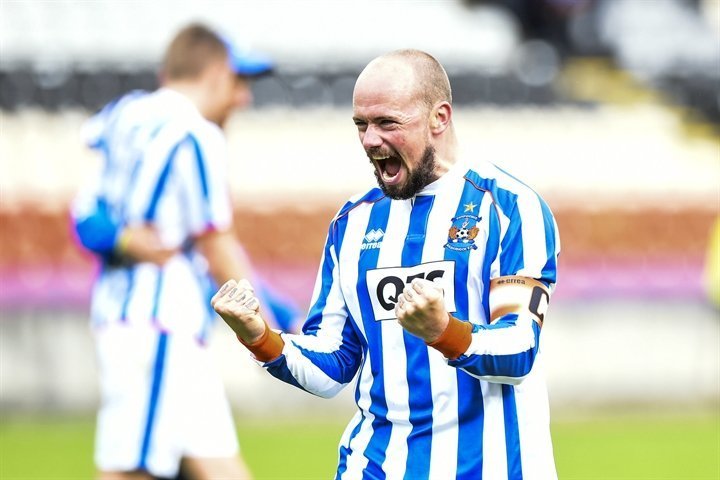 Kilmarnock secured their place in the Scottish Premiership next season with a 4-1 win over Partick Thistle at Firhill.

Despite a sluggish start Gary Locke’s men went into the interval two goals ahead thanks to Jamie Hamill – who converted the rebound from his missed penalty – and Tope Obadeyi’s powerful header from Alexei Eremenko’s corner.

The Ayrshire outfit made it three when Eremenko’s teasing delivery was converted by Obadeyi. Conrad Balatoni got one back for the Jags but Josh Magennis rounded off proceedings with a cool finish through the legs of Scott Fox after being played in by Eremenko.

It ended Killie’s dismal run of seven straight defeats but after results went their way it maintained their Premiership status for another season.

Elsewhere Ross County also guaranteed themselves safety with a 2-1 home win over Hamilton Accies – that despite going to 10 men after Filip Kiss was sent off.

Dundee United’s miserable run of form continued in the Highlands where they were soundly beaten 3-0 by Inverness CT.

And Dundee and Aberdeen fought out a 1-1 draw at Dens Park.