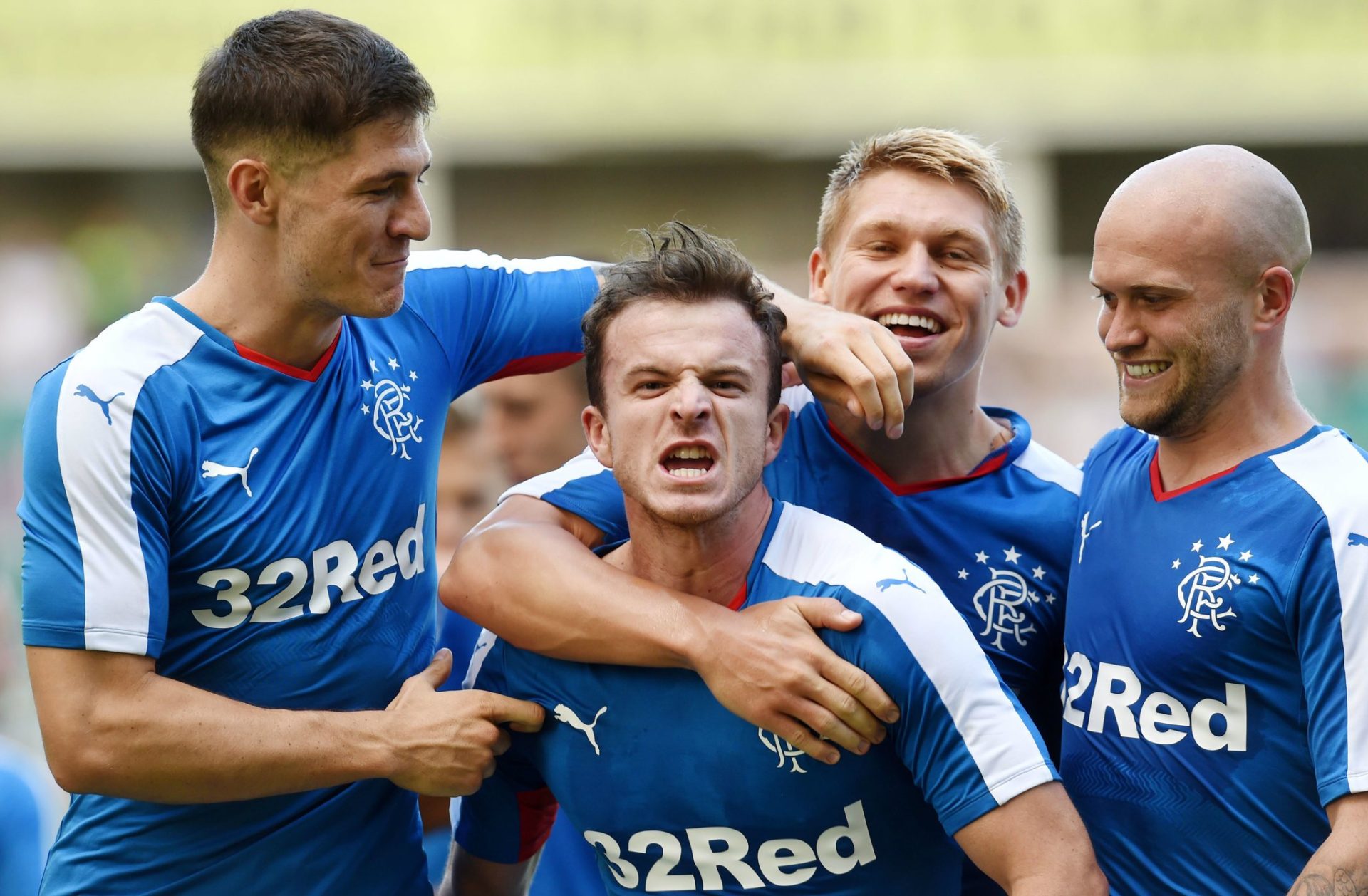 Rangers laid down a marker against their Championship rivals Hibernian after they hammered them 6-2 in the Petrofac Training Cup first round match at Easter Road.

Hibs opened the scoring when Sam Stanton fired in a shot from the edge of the box after the Rangers defence backed off the midfielder.

But a stunning free-kick from debutant James Tavernier and a close-range effort from Martyn Waghorn had the Ibrox side in the lead before half-time.

Waghorn added a second from a tight angle, which Hibs goalkeeper Mark Oxley should have done better with before Jason Cummings offered the hosts a glimmer of hope from the penalty spot.

A stunning curling effort from Andy Halliday shortly after extinguished any hopes of a comeback before substitute Kenny Miller added a late double.

And after a less than convincing start Warburton was pleased with the reaction from his players.
“I am happy with the result but not happy with the first-half performance,” he said. “We could have been two or three down.

“The players are an honest group and the first half was below the required level but I got a good response after half-time and a pleasing result.”

Much of the attention had been centred on Hibs midfielder Scott Allan who was left on the bench by manager Alan Stubbs after two failed bids from Rangers for the midfielder in the lead-up to this game.

Allan, who has a year left on his current deal, is reportedly unhappy at Hibs’ refusal to allow Rangers to speak to him and manager Stubbs reiterated his desire to keep the 23-year-old.
He said: “I will answer with three words. Not for sale.

“I am not going to keep answering questions on it. You have to respect a club’s stance when you say a player is not for sale.

“I spoke to him before the game. I don’t think it would have been right for me to have put Scott in the game today with what has been going on, the circus of the last few days.

“He is a professional footballer, he is a human being, it would have affected him.

On the match, Stubbs added: “Two lapses in concentration turned the game on its head from us being on top to the scoreline at half-time being harsh. 6-2 was a disappointing result but we contributed to a lot of the goals today.”