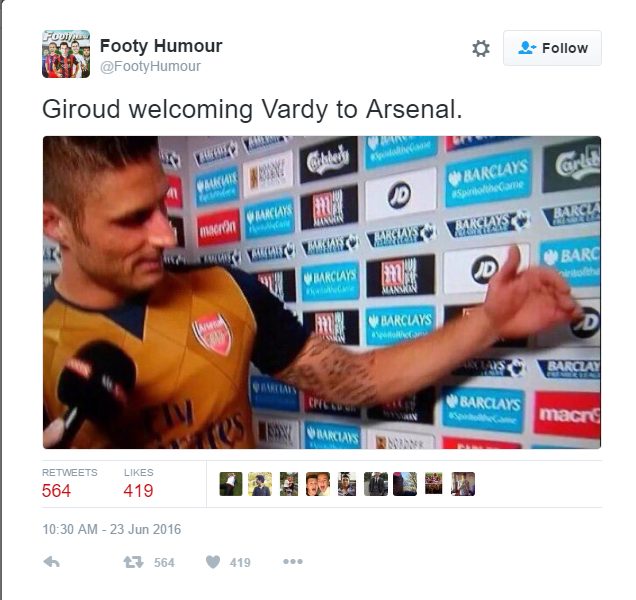 Jamie Vardy has agreed a new 4 year deal with Leicester City and rejected the chance to join Arsenal, leading to a lot of reaction on social media.

Some Arsenal fans claim they never wanted him, “in the know” accounts have been left red faced over claims the deal was done and rivals are just enjoying the banter.