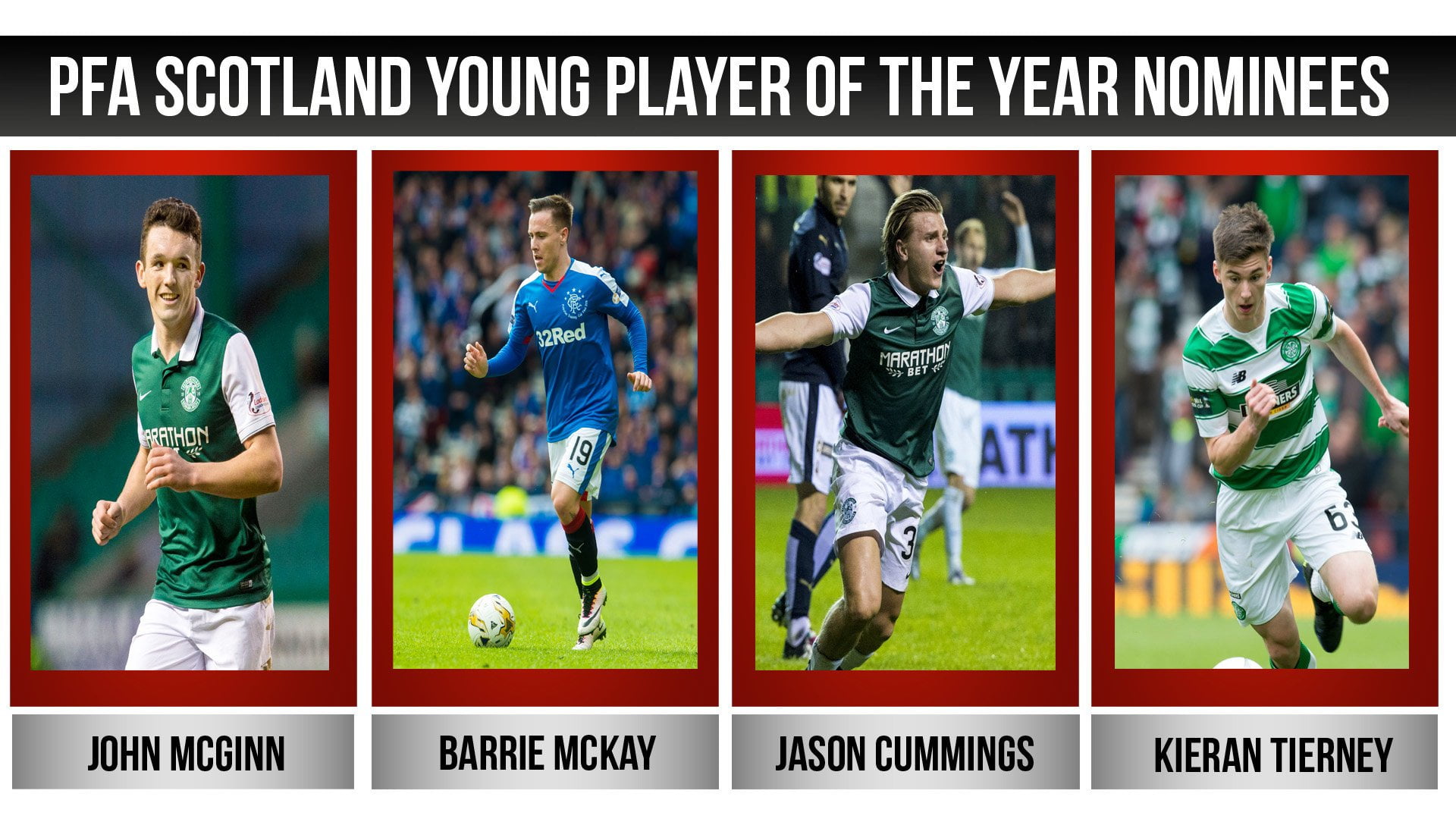 Celtic star Kieran Tierney is the only representative from the Scottish Premiership on the PFA Scotland Young Player of the Year shortlist.

It’s been a whirlwind 12 months for the Hoops full-back which has seen him go from an academy player at Lennoxtown to a fully established first-team player at Celtic, dislodging Emilio Izaguirre from the left-back berth and earning his first cap for Scotland at 18 years old.

Another player on the Young Player of the Year shortlist who also received his first Scotland cap was Hibernian midfielder John McGinn and he was joined on the four-man list by team-mate Jason Cummings and Rangers winger Barrie McKay.

McGinn and Cummings were also on the PFA Scotland Championship Player of the Year shortlist and have helped Hibs make the promotion play-offs and reached both the League Cup final and the Scottish Cup final where they will face McKay’s Rangers side.

McKay has been transformed under Rangers boss Mark Warburton from a player who looked to be on his way out of Ibrox to a regular starter who has contributed flashes of brilliance amongst the nine goals and 12 assists this season.

The winner of the award will be revealed on May 1.