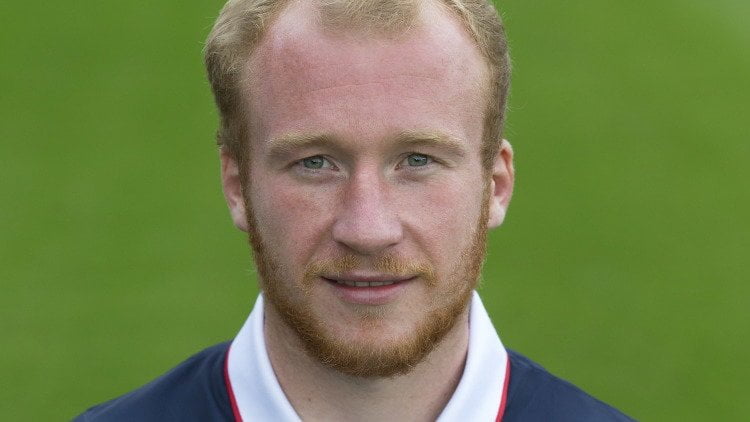 Hearts midfielder Jamie Walker saw a stoppage-time penalty saved as the visitors had to settle for a 2-2 Ladbrokes Premiership draw against Ross County at Global Energy Stadium.

Liam Boyce had got the home team back on level terms with a spot-kick of his own on 86 minutes, after Alim Ozturk had handled in the box.

Jay McEveley had given County the lead against the run of play in the 43rd minute before two quick-fire goals from Arnaud Djoum and Callum Paterson midway through the second half looked to have swung the game Hearts’ way.

County carved out the first opening of the match in the fourth minute when Tony Dingwall, making his first start of the season, got on the end of a deep cross from Michael Gardyne but his header was blocked by Hearts defender Faycal Rherras.

The visitors won the first corner of the match a couple of minutes later led to a downward header by Paterson which was cleared off the goal-line.

Hearts were starting to get a grip on the game and Djoum fired a shot past the far post from just outside the area.

The visitors were having the best of things but the home side threatened in the 32nd minute when Gardyne knocked the ball on for Boyce, who turned and unleashed a shot from just inside the 18-yard box which was heading for the top corner only for Hearts goalkeeper Jack Hamilton to intervene.

But it was mostly Hearts and Djoum, who was causing the County defence problems with his direct play, had two attempts blocked in quick succession.

However, it was the home team who took the lead in the 43rd minute when a Christopher Routis free-kick fell kindly for McEveley, who sliced his shot into the net from six yards.

County got the second half off to a positive start and, when Boyce slipped on the edge of the box, the ball made its way through to Gardyne, who was twice denied from close range by Hamilton.

But Hearts hit back and, after Fox had done well to smother a Bjorn Johnsen piledriver at his near post, two goals in three minutes turned the game on its head.

Djoum got the final touch to a Johnsen shot inside a crowded box to wrong-foot Fox for the equaliser in the 64th minute.

Hearts’ tails were up and they went ahead shortly afterwards when a Walker cross was turned into the net from six yards by Paterson.

Boyce forced another fine save from Hamilton at the other end as County went all out for a leveller.

The visitors should have stretched their lead when Fox was dispossessed by Johnsen, though, but the Hearts player was forced wide and could only find the side-netting with his shot.

But, in a dramatic finish to the game, County were awarded a penalty in the 86th minute when Hearts substitute Ozturk handled in the box. Boyce took the spot-kick and sent Hamilton the wrong way with a clinical finish.

More drama followed deep in stoppage time when Hearts were awarded a penalty after Andrew Davies pulled down Walker in the box. Walker took the spot-kick himself but Fox made a brilliant diving save.