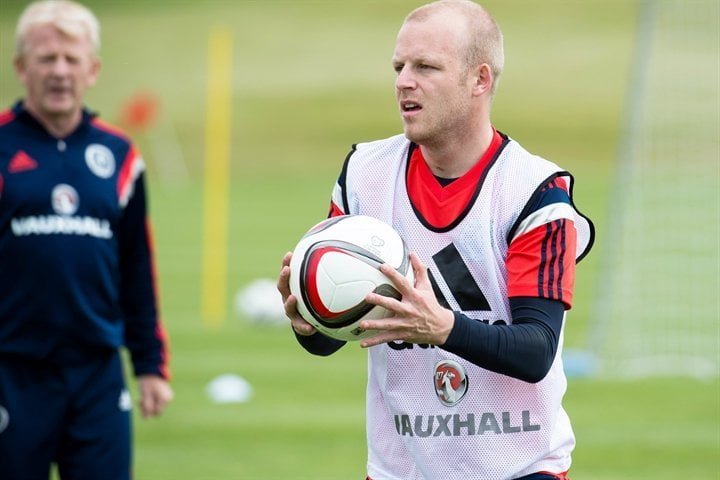 Three points in Dublin would put the Scots five points ahead of Ireland with four games left, including a game against Gibraltar.

However, Naismith firmly believes although a Scots win would make it difficult to qualify, Ireland won’t be out of it yet.

“It would put them at a disadvantage with the way the results have been going but I wouldn’t say they were totally out of it because they still have a big part to play in terms of the other teams,” he said.

“If they put together a run of wins then they will have a chance. But to be honest I’m not really bothered about what Ireland do it’s more about what we do.

He added: “I think they’ll look at it as an opportunity for them. They are at home so they’ll feel they’ll have the advantage there but most of the games so far in the group have been tight and it’s small margins [which decide the winners].”

“If you look at the past game [against Ireland] it was tight and very cagey to begin with. I’m pretty sure this game will be tight too,” Naismith continued.

“It’s more of a British feel than an international game. Hopefully it’s entertaining enough and we come out on top.

“It’s two teams who will give their all to try to get the result. I know a few of the Irish boys from being team-mates [at Everton] they do it for club and I’m sure they’ll be doing it for country as well. It will be a very tough test.”