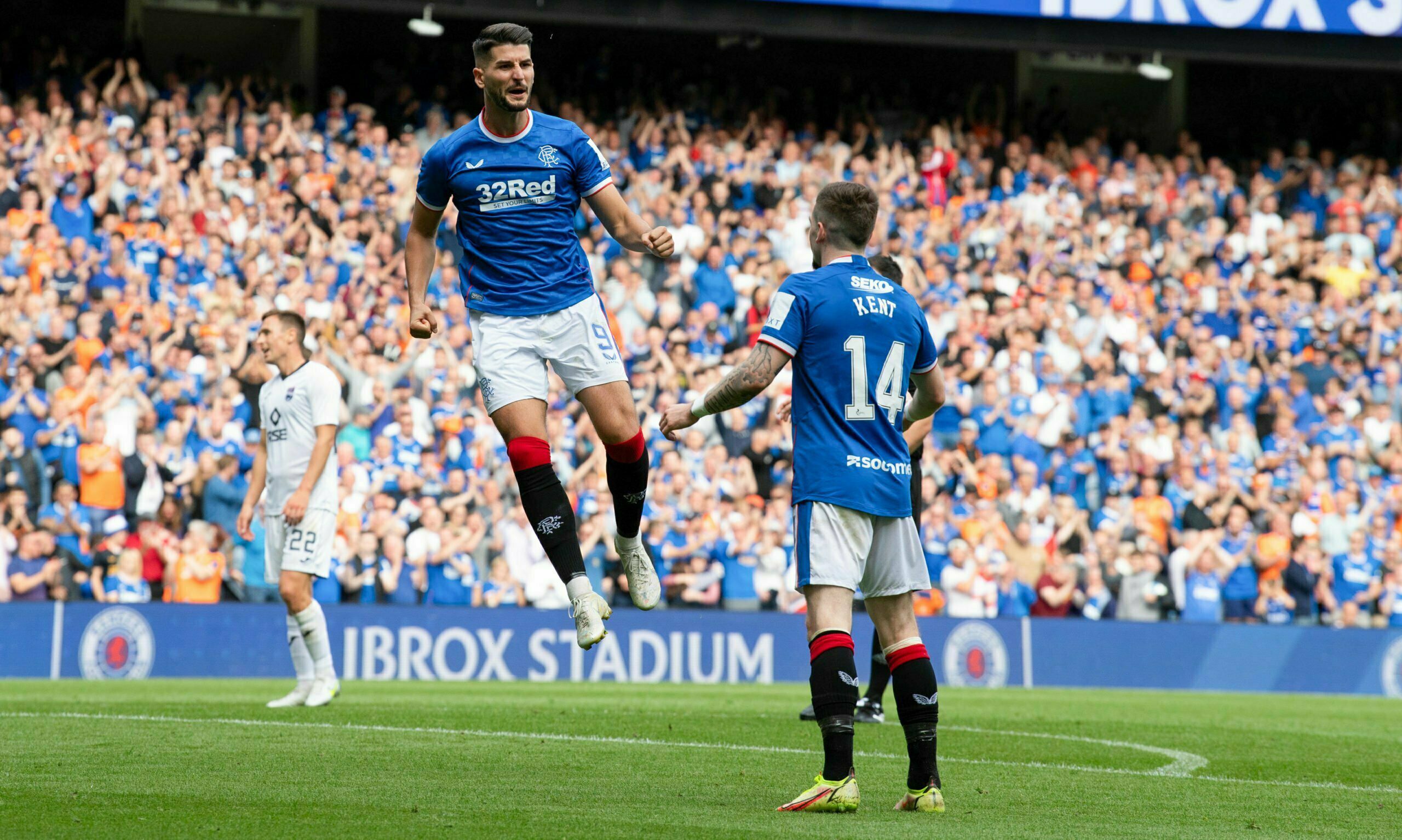 By Blair MalloyAugust 27, 2022No Comments

Following on from their European success Rangers were looking to get back to winning ways in the league at home to Ross County. Malky Mackay was aiming to make it two wins from two after last week’s controversial win over Kilmarnock.

Rangers were dominant in possession with Malik Tillman the sharpest of the Rangers front line.

James Sands was lucky not to see red in the first half after a second yellow card appeal was waved away for a last man foul.

The away side finally cracked under the pressure as John Lundstram gave Rangers the lead. After winning his appeal against a red card last week, the midfielder took a shot on from 25 yards which deflected past Ross Laidlaw.

Antonio Colak made it 6 goals in 7 games just before half time. The Croatian front man fired into the top corner after some great work from Scott Wright.

Veteran midfielder Steven Davis led a clinical counter attack as Rangers made it four on the 80th minute.

Rangers hit the top of the table for today at least, but Ross County will point to the decision not to send off Sands as pivotal in the match.

Aberdeen were aiming to build on their strong start to the season, whilst David Martindale was looking for a response from his Livingston side following last week’s loss to Motherwell.

Despite starting well, Livingston were left with an uphill task after Jack Fitzwater gave away a penalty and was sent off for serious foul play on 40 minutes.

Macedonian hit man Bojan Miovski made no mistake to put the Dons ahead at the break.

Ross McCrorie thundered a strike in off the underside of the bar as Aberdeen began to take advantage of the man advantage.

Dutch winger Vicente Besuijen made it three minutes later from the spot. Miovski generously donated the penalty, after Phillip Cancar brought down Luis ‘Duk’ Lopes in the area.

Not be left out of the party however, Miovski got his second almost straight after kick off. The forward fired in from a low angle as Livingston struggled to cope with the extra man.

Substitute Ryan Duncan completed the demolition as he made it 5-0 with his first senior goal for the club.

Both sides were subject to controversial refereeing decisions last week, each with opposing outcomes.

It was Kevin van Veen, the man who scored a dubious penalty last week, that gave the away side the lead just before the 15 minute mark. The forward latched on to a Blair Spittal through pass and clipped the ball over the keeper.

With 20 minutes left, the home side got back on level terms. Daniel Armstrong saw his shot saved by Liam Kelly but he was quickest to react and slide it past the keeper at the second attempt.

Kilmarnock completed the turnaround minutes later as Ash Taylor quickly scored their second of the day.

Derek McInnes picks up his first win back in the top flight of Scottish football.

The away side were rocked with news that defender Rocky Bushiri would be out for over two months following an injury in training. St. Mirren meanwhile, went into this tie off the back of an emphatic win against Dundee United.

The Buddies started in the same vein they ended last week, as Keanu Bacchus gave the home side an early lead after 6 minutes with his first goal for the club. Ryan Strain did some excellent work out wide to roll the ball across for his fellow Australian to finish.

St. Mirren squandered a host of chances to put the game to bed but managed to see it out and pick up a vital 3 points.