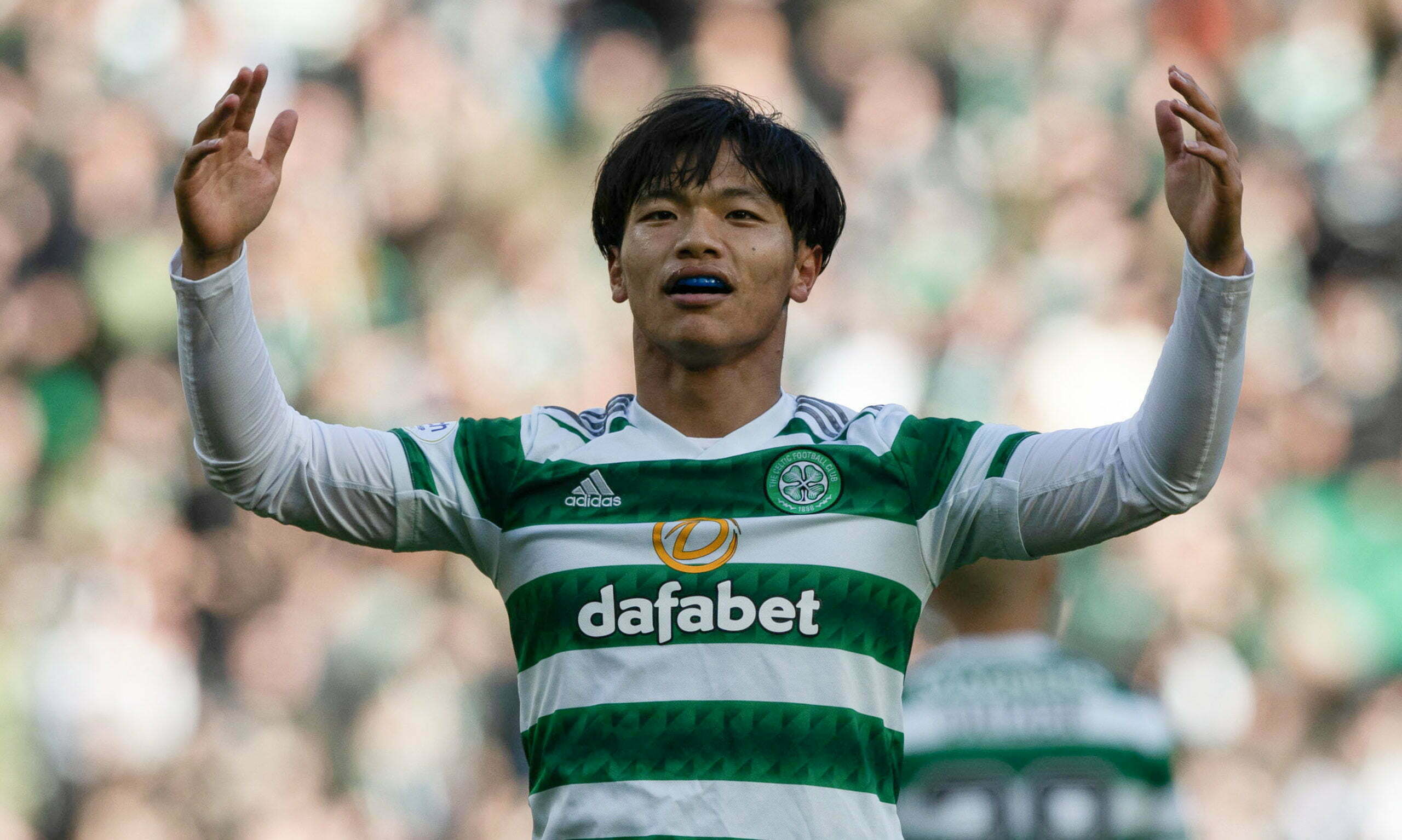 By Blair MalloyOctober 1, 2022No Comments

Celtic began the day in second place after Rangers 4-0 win in the early kick off against Hearts.

Ange Postecoglou’s side took the lead early as Kyogo added the finishing touch to well worked move, after some fine work from Jota on the wing and then a Matt O’Riley header.

Motherwell found an equaliser just after the half hour mark through some improbable circumstances. Despite not being in the game, a corner caused chaos in the Celtic box ending in Josip Juranovic directing the ball past his own keeper, giving the visitors an unlikely route back into the game.

Reo Hatate restored Celtic’s lead just after the hour mark. Motherwell were undone by a quick corner which found its way to Hatate on the edge of the area, whose dipping effort beat the furious Liam Kelly.

Callum Mcgregor was shown a late red card for the hosts, the captain hauled down Louis Moult who was racing through on goal.

Celtic held on to their slim advantage to overtake Rangers at the top of the league.

Both sides have been surprise packages this season, highlighted by the fact that both were looking to end the day in third place in the league.

Just before the 70th minute the home side took the lead through Keanu Baccus. The midfielder, who was recently called up to the Australia squad, headed the ball into the far corner to break the deadlock.

After that goal the game appeared to burst into life. Jonah Ayunga was shown a red card for the hosts after conceding a penalty.

Stephen Kelly stepped up for Livingston, only to see his effort sail over the bar and his side remain behind.

Bruce Anderson looked to have secured a draw for Livingston, but a late goal from Alex Grieve sealed the points and third place for the hosts.

Derek McInnes’ return to Aberdeen came shrouded in controversy as he included Kyle Lafferty on the bench after is SFA charge for alleged use of sectarian language.

Aberdeen raced into a two-goal lead in the first half courtesy of a goal from Vicente Besuijen before a Bojan Miovski penalty.

The visitors replied almost instantly though, as Ash Taylor halfed the home side’s advantage before anyone had a chance to catch their breath.

Bojan Miovski got the third before the break, the North Macedonia international providing a deft chip over the advancing goalkeeper.

Captain Anthony Stewart added a fourth in the second half to secure a comfortable victory for Jim Goodwin’s men.

Liam Fox was in the dugout for the first time as permanent Dundee United manager for their home tie against fellow strugglers St Johnstone.

He got off to the worst possible start as Stevie May gave the away side the lead with 15 minutes gone.

Fox’s day was far from fantastic, as Melker Hallberg made it 2-0 before half time, slotting in from a May cut back.

Tony Watt lashed in from close range with 10 minutes to go, giving the hosts hope of a late comeback.

That goal turned out to be nothing more than a consolation however and Fox starts his reign off with a loss.

Ryan Porteous was in the headlines once again for all the right reasons.

Off the back of his stellar Scotland debut in the week, the defender gave Hibernian the lead minutes into the second half.

Martin Boyle doubled Hibs advantage with 8 minutes left, sealing the points and an enjoyable trip back from Dingwall for the travelling contingent.