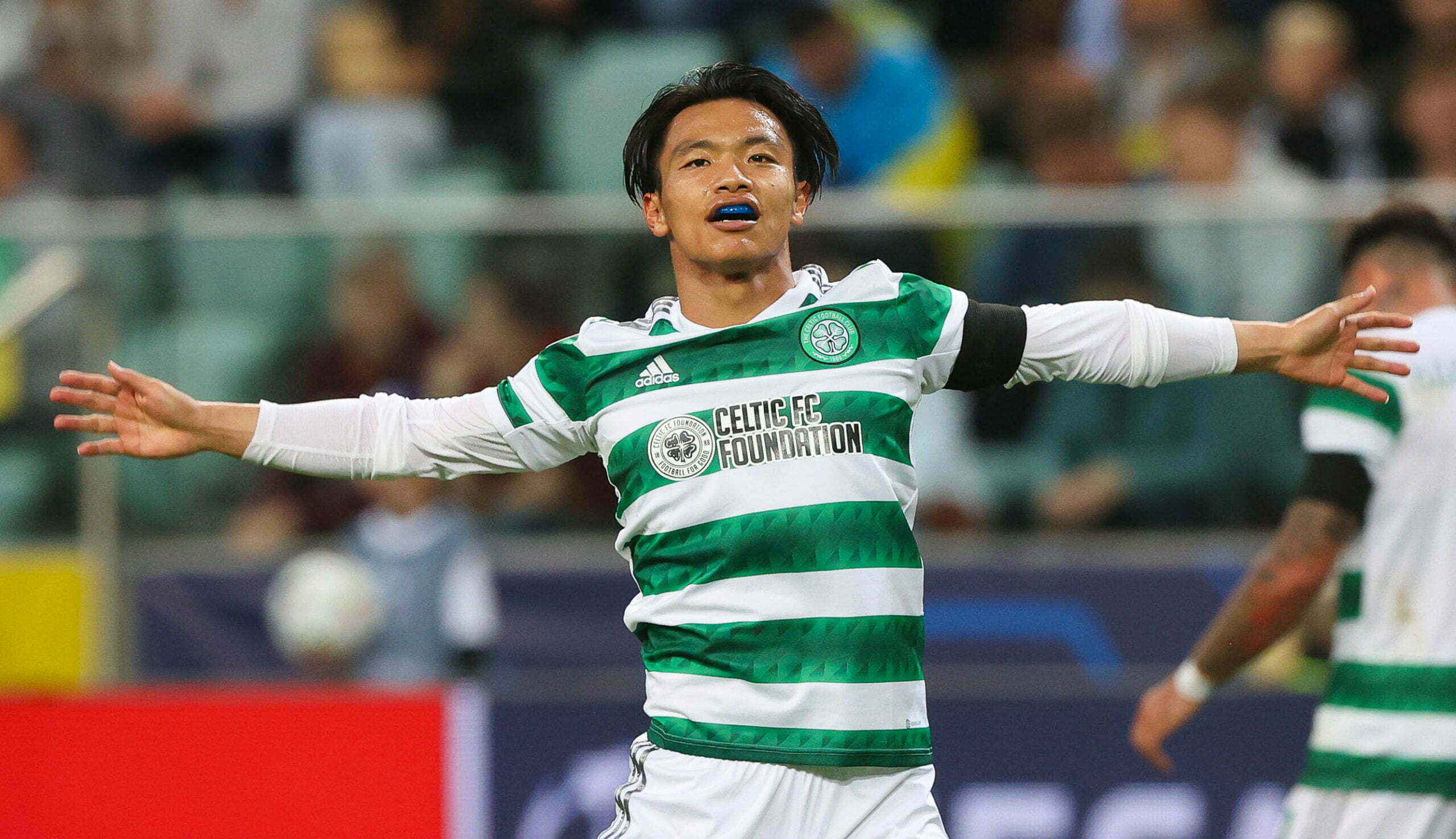 An early Reo Hatate goal was cancelled out by Mykhaylo Mudryk, as Celtic were left to rue missed opportunities in a 1-1 draw away to Shakhtar Donetsk.

The game was taking place at Legia Warsaw’s municipal stadium due to the Russian invasion of Ukraine, with the Polish side offering up their ground as an adopted home for all of Shakhtar’s European matches.

In typical Celtic style, the visitors started the game at a lightening pace and were in front after 10 minutes.

Sead Haksabanovic, who was handed a surprise first start in a Celtic shirt, latched on to a long hopeful ball from Josip Juranovic following a wave of attacks from the away side.

The Montenegrin then found the run of Reo Hatate breaking the Shakhtar defensive lines, who slipped the ball past goalkeeper Antolli Trubin via a deflection from the desperate Artem Bondarenko.

Celtic forced another save from Trubin just before the half hour mark. Having already almost gifted Kyogo a tap in, the keeper denied defender Moritz Jenz with his feet.

Less than a minute after they could have doubled their lead and Shakhtar had levelled the score, completely against the run of play. Mykhaylo Mudryk raced away from Juranovic before dispatching a devastating finish over Joe Hart.

The home side thought they had snatched a lead when former Celtic man Maryan Shved rifled home from inside the box, but the assistant referee came to the Hoops’ rescue spotting that the ball had went out of play earlier in the move.

Celtic fans were in disbelief not to be ahead at the break given the way they started but were wary of the threat the home side posed on the break.

Both sides made attacking substitutions in the early stages of the second half with Celtic introducing Daizen Maeda for Haksabanovic and Shakhtar throwing forward Lassina Traore into proceedings.

On 85 minutes, substitute Giorgos Giakoumakis was gifted a glorious chance to secure all three points for Celtic when the ball broke to him in the 6-yard box, however the Greek forward could only fire over.

Daizen Maeda was then unable to convert a Liel Abada cross moments later, with his sliding effort not troubling the goalkeeper.

In a second half of few chances, Celtic will be disappointed not to have made theirs count. How costly it will be leaving Poland with only a point instead of three, time will only tell.