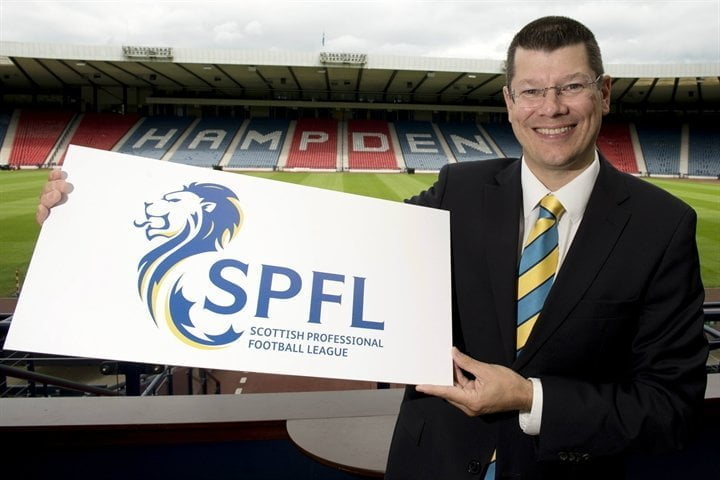 Ladbrokes is to become the new official league sponsor on a two-year deal starting from the 2015-16 season, the SPFL has announced.

In what has been described as the “biggest ever” title sponsorship of Scottish football, the UK based betting company will have rights across all four divisions.

The league has been without a sponsor since Clydesdale Bank ended their association with Scottish football in 2013.

SPFL chief executive Neil Doncaster said: We are absolutely thrilled to welcome Ladbrokes to the SPFL’s growing family of key sponsors and partners and look forward to working with them from season 2015/16 at this truly exciting time for Scottish football.

“As an established and respected leading brand in its very competitive marketplace, Ladbrokes is a perfect partner for the SPFL and we have a shared vision of a positive future for professional league football in Scotland. Ladbrokes’ backing of Scottish football is hugely valued and appreciated and I say that not only on behalf of the SPFL but also for all 42 member clubs.

“Today’s announcement is the result of significant investment of energy and effort and further strengthens our optimism about the future health of the game in Scotland.

“With all that positivity comes an opportunity to tell the story of a modern, engaging and exciting Scottish football environment and we look forward to doing just that with all our partners including new title sponsor Ladbrokes.”

Welcoming the new partnership, Jim Mullen, CEO of Ladbrokes said: “We love football so we are delighted to be working with the SPFL on one of the best opportunities in British sport.

“This partnership will help to propel Ladbrokes and the SPFL to new heights and will put us at the heart of Scottish football throughout the year. Getting people engaged with great sport and making sure they share our passion is at the very core of everything we are about.

“Our customers support clubs at every level of Scottish football from the professional leagues that we sponsor to the local Sunday League stalwarts. The Scottish game deserves a committed supporter and our financial backing will help to ensure every level of the game benefits from Ladbrokes’ involvement.”