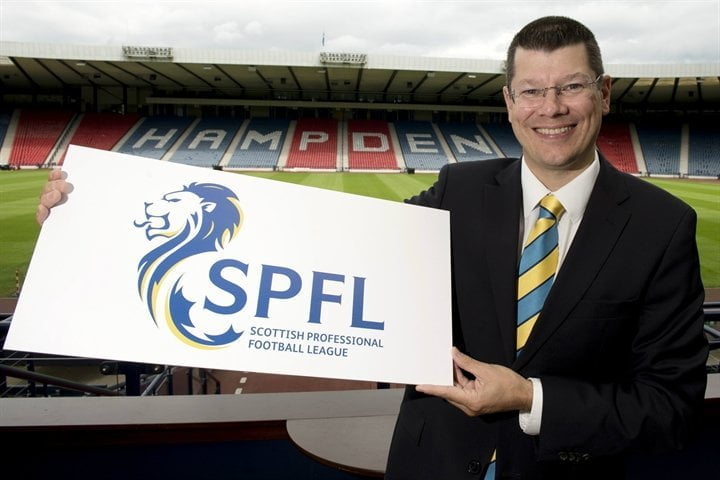 The SPFL could be set to unveil a new sponsor in time for the new season – and it won’t be sold on the back of the Old Firm.

The governing body’s commercial director Scott Steedman insists he’s confident there will be a new sponsor announced soon but it doesn’t have to have Rangers being promoted to the top flight.

The league has been without a sponsor since Clydesdale Bank ended their relationship with the league in 2013.

Steedman, who has been in the position 12 months after leaving Southampton as a marketing director, told the Daily Record.

“I’m confident that we’ll have someone in place. There’s no reason why that should not happen. We are in talks with several companies and are at different stages. It’s not a bad position to be in and there’s no way we won’t have a new sponsor announced soon.

“Whether or not Rangers come through the play-offs won’t affect negotiations because we’re not selling the Old Firm – we are selling a 42-club solution.

“The excitement created by the play-offs last year – which we expect will be repeated this season – have been beneficial in trying to sell our game to investors.”