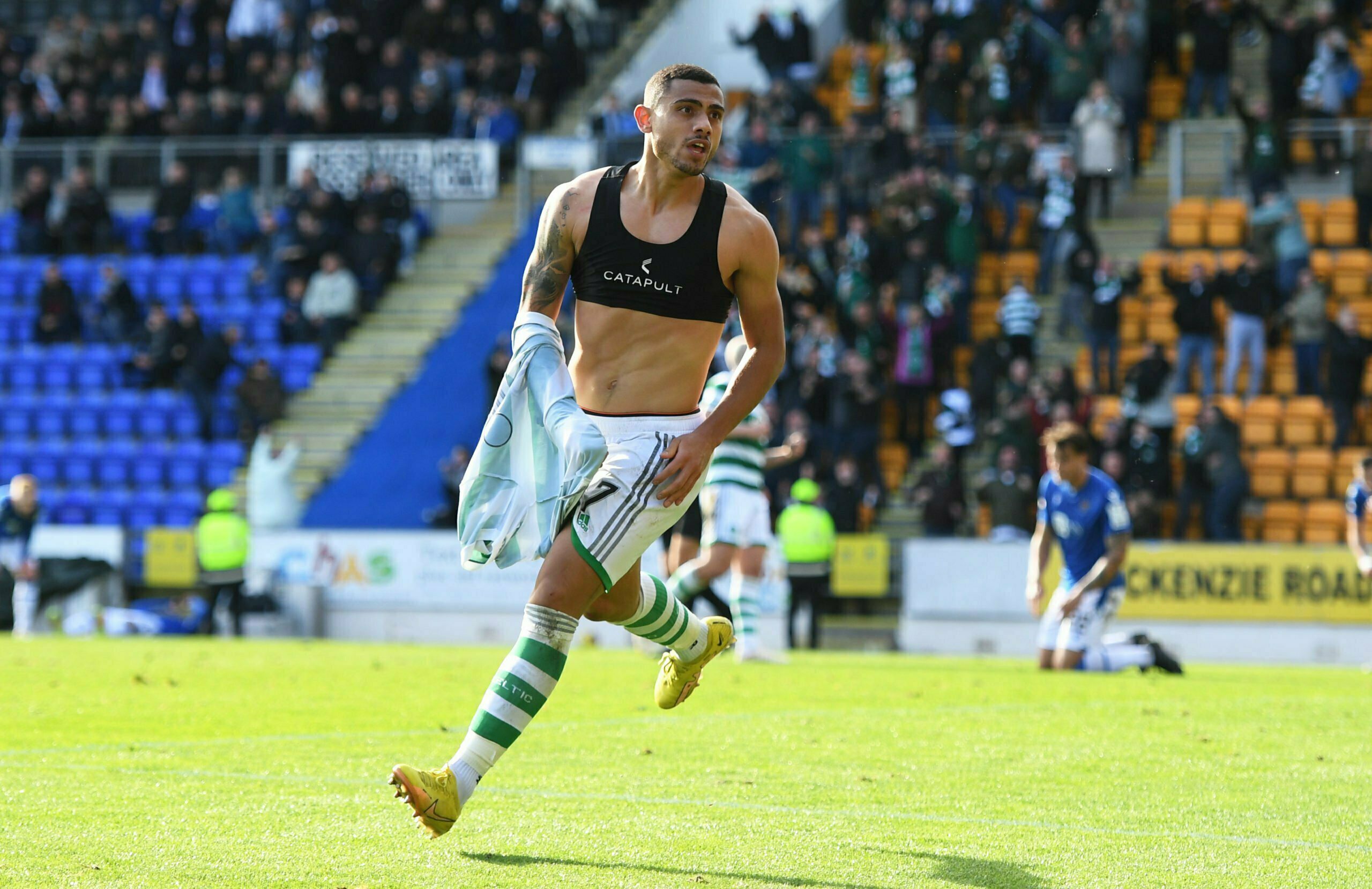 Giorgos Giakoumakis scored a dramatic 94th minute winner for Celtic to secure a 2-1 victory in Perth, after defender Alex Mitchell thought he had rescued a point for St Johnstone with an equaliser a minute earlier.

A first half Andrew Considine own goal looked to be all that would separate the sides, until a pulsating last 5 minutes saw the game swing one way then the other.

Despite not being a vintage performance from the champions, their 2-1 win does extend their lead at the top of the Scottish Premiership to 5 points for a few hours at least.

Celtic travelled to Perth looking to bounce back from their Champions League defeat in Leipzig, whilst Callum Davidson was aiming to drag his St Johnstone team away from the wrong end of the table, following a 2-1 loss to Kilmarnock mid-week.

Ange Postecoglou was forced to name a changed defence, with Alexandro Bernabei coming in for his first Scottish Premiership start and Stephen Welsh replacing Greg Taylor and Moritz Jenz respectively.

Celtic were also without captain Callum Mcgregor, who prior to kick off Postecoglou confirmed would be out until after the World Cup, with the returning Cameron Carter-Vickers taking the armband for the afternoon.

Celtic should have been ahead after 8 minutes. Jota burst forward on the left before picking out Liel Abada on the penalty spot, only for the Israeli to blaze his effort over the bar.

Stephen Welsh received an early yellow card for the visitors, his lack of first team minutes perhaps heightening his eagerness to dive into a tackle, which left him walking a tightrope for the rest of the afternoon.

Matt O’Riley was deployed in a deeper number 6 position in the absence of McGregor and almost got on the score sheet 17 minutes in, when his deflected shot clipped the outside of Remi Matthews’ left hand post.

After a lacklustre first half, Celtic took the lead minutes before half time.

Some excellent work By Reo Hatate on the right-hand side set Sead Haksabanovic free in the box. The Montenegrin fired a low shot across the box, which was turned in via the boot of defender Andrew Considine.

The dangerous Jota was withdrawn at half time for Daizen Maeda to enter proceedings.

Celtic had the ball in the net again minutes after half time. Giakoumakis powered a header home from an O’Riley header, only to see his effort ruled out by the offside flag.

Stevie May came off the bench for St Johnstone and almost gave the home side an unlikely equaliser. The forward broke beyond the Celtic back line and forced a smart save out of the otherwise un-tested Joe Hart.

Celtic had yet another goal ruled out for offside with 5 minutes to go, this time Daizen Maeda ruled out by the assistant’s flag.

St Johnstone then sparked into life with minutes in the game left. Connor McLennan missed a golden opportunity from close range after some panic in the Celtic box before Hart palmed away another effort from May.

Deep into injury time the visitors made their chances count, as defender Alex Mitchell slid the ball past Joe Hart from a free kick, sending the home fans delirious.

Celtic somehow managed to rescue all three points with almost the last kick of the ball. Alexandro Bernabei delivered in an inch perfect cross for Giakoumakis to turn in. The Greek forward steered home his 16th goal this season, sending the champions five points clear at the top of the table.