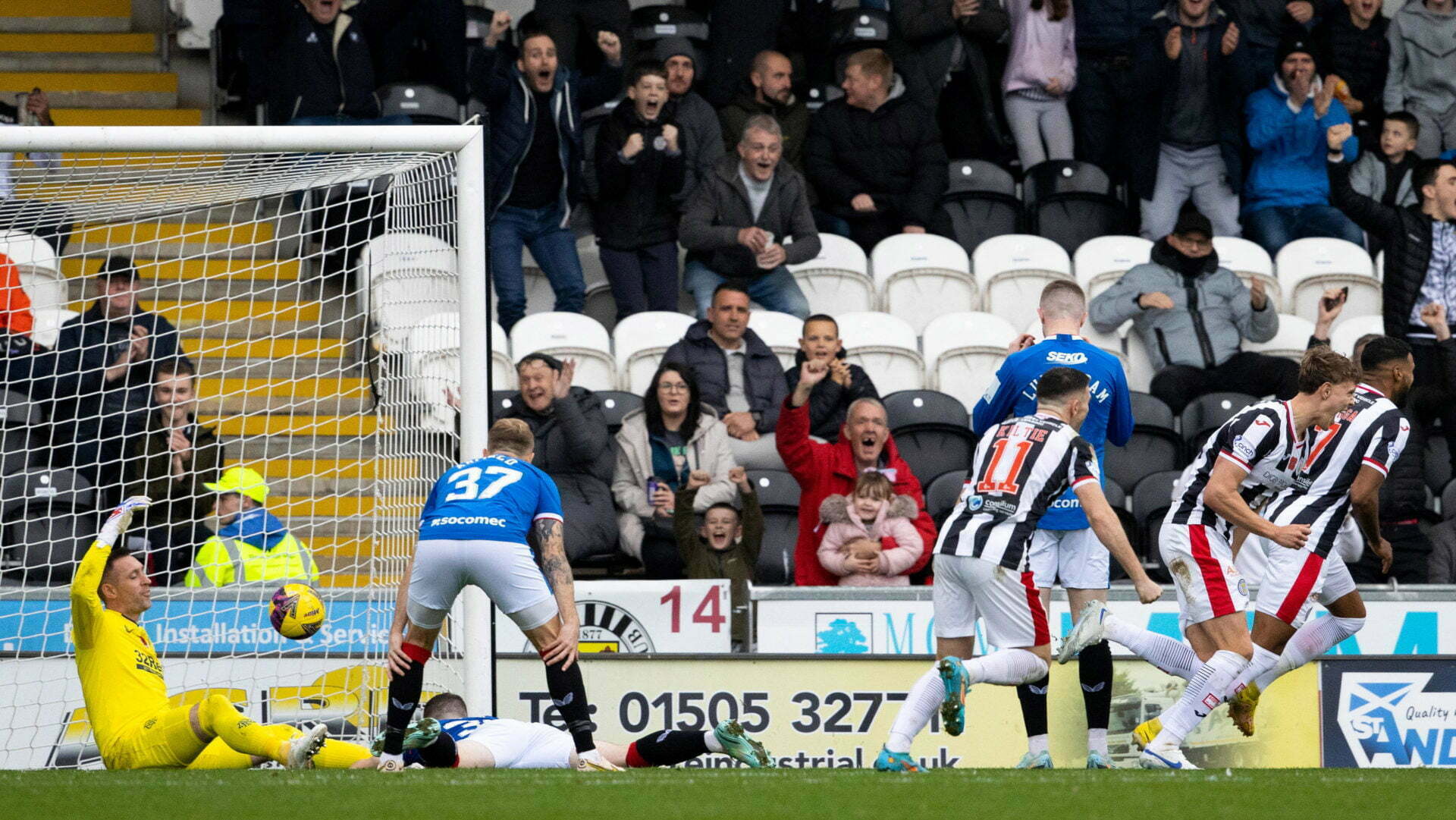 By Blair MalloyNovember 12, 2022No Comments

A late James Tavernier penalty salvaged a point for Rangers, on a hugely frustrating afternoon for under fire Giovanni van Bronckhorst.

Jonah Ayunga had given St Mirren a lead moments after half time, before Rangers were dealt a further injury blow when Leon King was stretchered off the park.

Giovanni van Bronckhorst’s side couldn’t find a winner despite nine minutes of injury time being added, only heightening the pressure on the manager.

Rangers travelled to Paisley this lunchtime knowing that three points were vital to keep pace with Celtic before the 5-week World Cup break.

St Mirren, meanwhile, were looking to bounce back from the agony of dropping 2 points to a las- minute Nicky Clark equaliser against St Johnstone midweek.

The visitors started brighter when Malik Tillman made space for himself on the edge of the area before lashing his shot just wide.

The returning Scott Wright made his first Premiership start since August and found himself in space in front of goal, only to be brilliantly denied by the feet of Trevor Carson with 15 minutes gone.

Wright then carved another opportunity out for himself on 24 minutes, after a driving run through the heart of Buddies midfield before pulling his low shot wide.

Rangers dominated the ball as the half dragged on but were unable to break down a stubborn St Mirren defence.

The first half started with a bang, as Alfredo Morelos picked up a booking for a ridiculous push on Ethan Erhahon straight from kick off.

Moments later and Rangers fell behind. Allan Mcgregor pulled off a stunning close range save from Jonah Ayunga, before Leon King failed to clear the loose ball allowing Ayunga to pounce and finish at the second attempt.

Things got worse for van Bronckhorst’s men ten minutes later when Leon King was stretchered off the park, adding to the mounting injuries at the club. The 18-year-old came off worse from an innocuous dual with Curtis Main and had to receive lengthy medical attention for a head injury.

Rangers had managed only a single shot on target after 70 minutes and they almost fell further behind soon after. Goal scorer Ayunga found space on the edge of the area and fizzed a shot just wide.

The away side were given a lifeline when VAR awarded a penalty. Despite referee Kevin Clancy initially flashing a yellow card to Ryan Kent for a dive, the video officials judged he was clipped.

Captain James Tavernier stepped up and gratefully converted the opportunity.

There were nine minutes of injury time added on following the King injury earlier in the half, with both times driving forward looking for a winner.

Ryan Kent worked an opening a minute before the end, only for Carson to palm the ball away to keep his side’s hard-earned point intact.