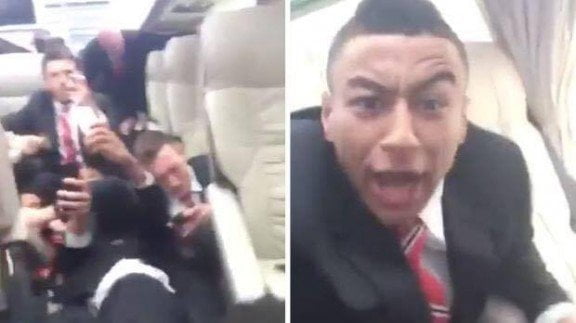 Video footage taken by Man United youngster, Jesse Lingard, shows the Old Trafford players on the team bus as it began to come under attack from West Ham fans.

Man United players appeared to be shaken as their team bus got attacked by West Ham fans outside the Boleyn which was hosting it final ever game.