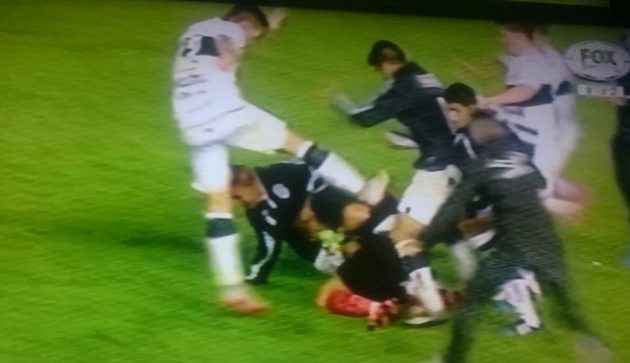 La Plata derby descended into chaos on Monday as a horror tackle from Estudiantes youngster Santiago Ascacibar was the catalyst for a 40-man brawl.

Estudiantes were leading 1-0 after Carlos Auzqui had given his side the lead in the first half but the ill-tempered friendly boiled over in stoppage time as Ascacibar saw red for a shocking lunge on substitute Antonio Medina.

It sparks shocking scenes where there are kicks and punches thrown by a number of different players, including Estudiantes goalkeeper Mariano Andujar who lands a few punches before being viciously kicked on the ground.

Argentina’s media outlet Ole described it as “Scandal of the year”.