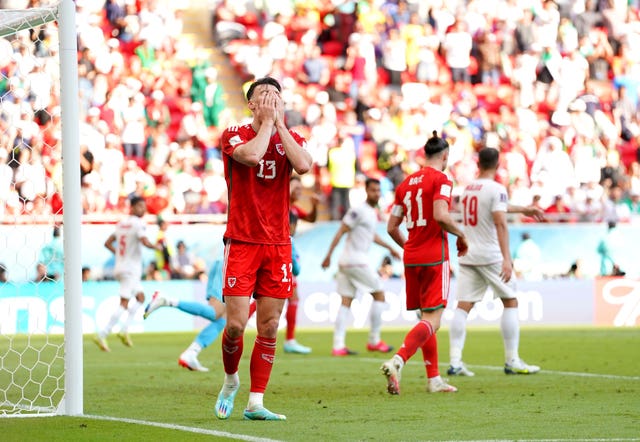 By Blair MalloyNovember 25, 2022No Comments

Ten-man Wales went down 2-0 to Iran with both goals in injury time, after goalkeeper Wayne Henessey became the first red card casualty in Qatar.

In what both sides would have seen as a must win, the group B game descended into a cagey affair with the best chances falling to the Iranians, who struck the Welsh woodwork twice and saw a goal chopped off for offside.

Hennessey saw red with 6 minutes left, before two late strikes from Roozbeh Cheshmi and Ramin Rezaeian saw Iran take all three points and boost their hopes of qualifying from a group were they were heavily unfancied underdogs.

Tough result but wonderful support once again from #TheRedWall.

The support from back home in Wales was also extraordinary.

Rob Page looked to learn from their 1-1 draw with USA in the opening game and handed the dangerous Keiffer Moore a start, as Wales stated their intentions to pick up three points and firmly plant one foot in the last 16.

Iran meanwhile were looking to bounce back from their turgid performance against England where they went down 6-2. Carlos Queiroz also gambled on a more attacking line up, with star strikers Sardar Azmoun and Mehdi Taremi both bot in from the off.

Moore had the first chance after 13 minutes, latching on t floated ball into the 6-yard-box only to see his prodded volley saved by the on-rushing Seyed Hosseini.

Iran had the ball in the net minutes later though, when Connor Roberts played a loose pass across his own back line which the dynamic Iran attack pounced on.

Sardar Azmoun elected to square to Ali Gholizadeh, instead of taking on the shot, who rolled the ball past Wayne Hennessey, only to be denied by VAR who judged him to be offside.

Six minutes into the second half and Iran should’ve been ahead when Azmoun and Gholizadeh hit each of Hennessey’s posts in quick succession, as the Welsh defence breathed a heavy sigh of relief.

The match then saw more late drama when Hennessey cleaned out Iran forward Mehdi Taremi outside his penalty box. The goalkeeper was initially shown a yellow card but upon VAR review he was show a straight red which looked to be the only decision.

Danny Ward was introduced in goals and eight minutes into stoppage time he was beaten by a stunning Roozbeh Cheshmi strike. The Leicester stopper saw the the midfielder’s long range shot fly into the bottom corner to sink a lethargic Wales.

Iran sealed the game as the clock ticked over to 100 minutes, as defender Ramin Rezaeian burst forward and provided a clinical clipped finish to send their fans into raptures.