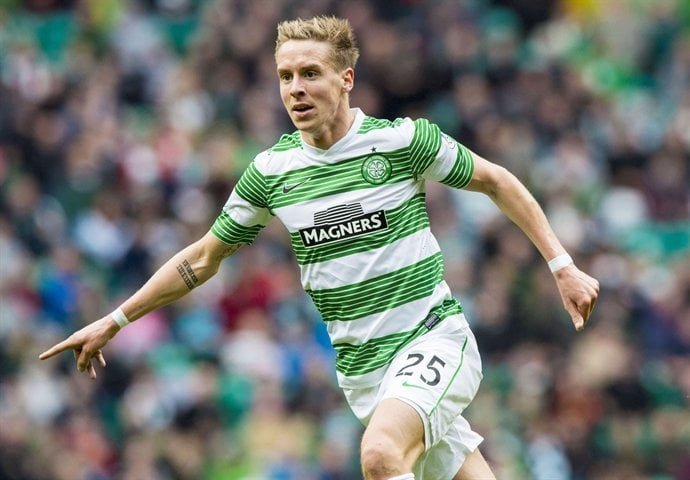 Celtic winger Gary Mackay-Steven says the Hoops are in Milan to attempt to seal their place in the Europa League last-16 place and not as tourists.

Ronny Deila’s men secured a dramatic 3-3 draw against Inter at Celtic Park after John Guidetti’s last-minute equaliser, but the odds are seemingly stacked against the Scottish champions having not won in their last 11 trips to Italy.

Nevertheless, Mackay-Steven says they’ll be going out to change that stat on Thursday.

“It is an iconic stadium and Inter Milan are a massive club but so are Celtic,” he said.

“We are not here to be tourists but to do a job and that is to get a result.

“It is going to be a massive game for me. I played in Europe for Dundee United a few times but nothing on the scale of this game, or the scope.

“It is the last-32, it is obviously massive for me, but it is a game I am relishing and I can’t wait to experience it.

“The first-leg was good in a lot of ways but I feel there is a lot more to come from us as a team, so it is exciting.”