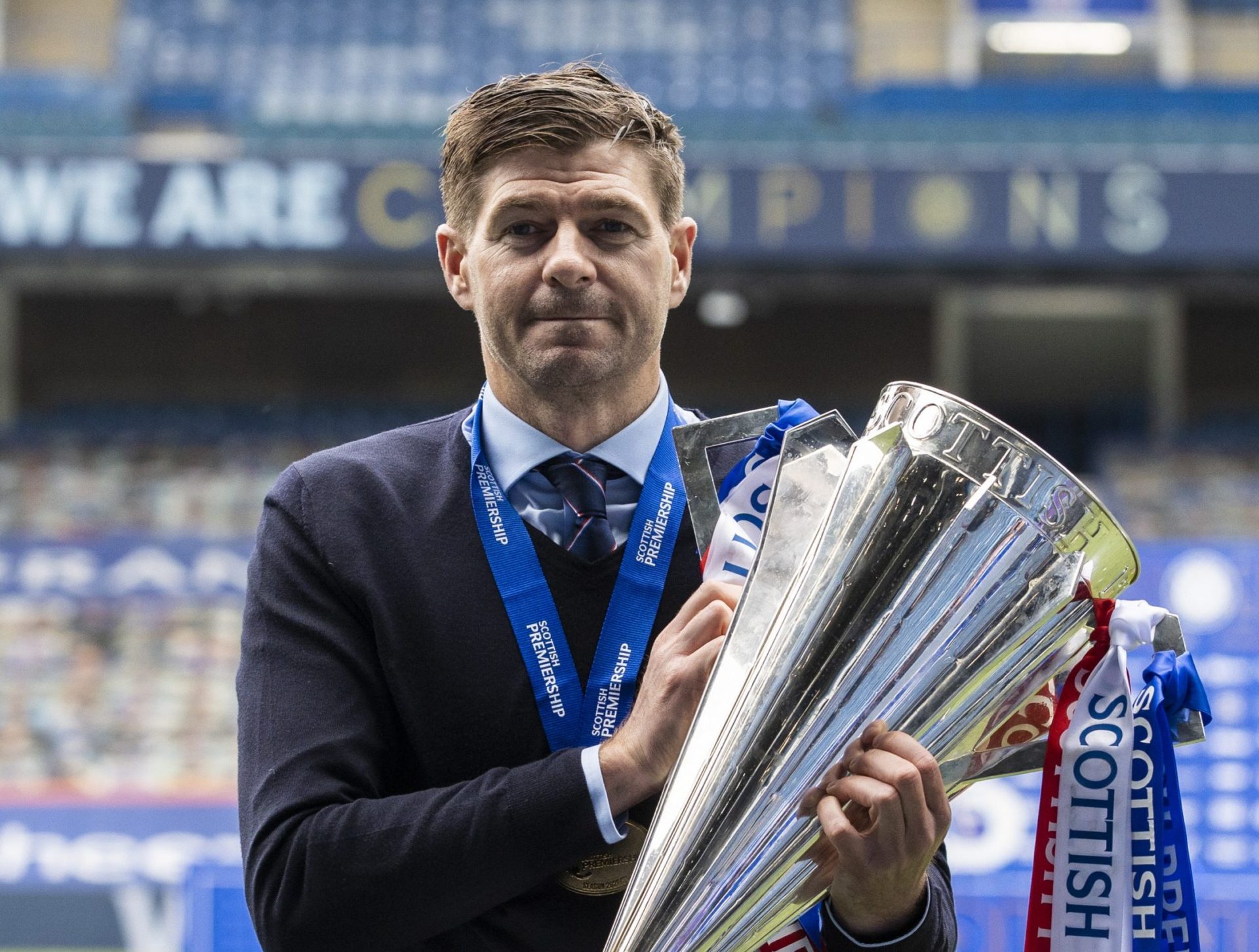 Aston Villa are reportedly set to make an approach for Rangers manager Steven Gerrard this week.

The Premier League club believe the title winner is a realistic target to replace the sacked Dean Smith.

However, I firmly believe relegation strugglers Villa are not the right club for the ex-Liverpool captain.

There’s a belief the Anfield icon will eventually leave for his homeland and one day become the main man at his boyhood club.

Steven Gerrard is a hungry, successful and young, and there will always be a high demand for that in England, especially for a manager in the UK.

There’s a train of thought that Steven Gerrard may need to take another club, most likely down South, to prove himself competent in the Premier League and worthy of following in Jürgen Klopp’s footsteps.

But, Villa are not currently in the position that he should be entertaining.

There is no doubt that Aston Villa are a big club. They have seven league titles and seven FA Cups in their trophy cabinet, to go along with the 1982 European Cup.

They sell out Villa Park and have over 20,000 fans on a waiting list for season tickets.

They are one of the iconic clubs in the country but have recently spent three seasons in the Championship and finished 17th and 11th in their two seasons back up, and are yet to reach the top half.

They have a promising squad littered with internationals but the new signings are yet to click and take up the mantle that Jack Grealish left behind.

The club are about to be embroiled in a relegation battle and are not in a position to instantly grow, which is a huge risk for the current Rangers boss.

Of course money talks but his reputation and career so far will get him a better job, eventually, if he continues on his current trajectory at Rangers.

There will inevitably be a comparison to former Celtic boss Brendan Rodgers, a hungry, successful and young manager from the UK, who left for Leicester City in February 2019.

Even though Villa are a bigger club than Leicester City, the Foxes were in a much better place than the Birmingham outfit are now.

They had lifted the Premier League less than three years prior to Brendan Rodgers’ move and had just opened a new, state-of-the-art training ground.

Brendan Rodgers has delivered two 5th placed finishes and the FA Cup and is now in the position to take over one of England’s ‘top six’ if a job arises. He is currently odds on to be the next Manchester United manager.

This is the kind of move Steven Gerrard should make if he does feel his time at Ibrox is up.

Leicester themselves or perhaps Newcastle or West Ham in the near future are clubs that could match his ambition.

Maybe even Villa in a couple of years’ time, in a much more secure place, would be a logical next step for him.

There is no rush for him to take the Liverpool job with Jurgen Klopp contracted until 2024.

It’s his dream job but he doesn’t need to jump into it.

Plus, look at what he currently has with the Gers and what he can still achieve.

When Brendan Rodgers left Celtic, he had delivered seven out of seven domestic trophies, complete domination and total success.

Steven Gerrard has so far lifted just one trophy out of nine domestically and although it was the most important one, he has acknowledged they must improve in knockout competitions.

The Champions are four points clear at the top of the table and in the League Cup Semi Final, a great position to lift at least one piece of silverware this campaign.

If he can secure the championship again, it would enhance his reputation even further and almost certainly gain direct access into next seasons’ Champions League.

This would be another step for him and the club, and one he would not get at Aston Villa or many clubs out there.

He has taken Rangers from oblivion to the top but can make this squad of players, who are almost all in their prime right now, multiple league winners and prove he can deliver back-to-back titles, with his current contract running until 2024.

The 41-year-old is also well known to Aston Villa chief executive and former Liverpool managing director Christian Purslow and it’s understood he would be interested in an offer if it was on the cards later this week.

But the uncertain position Villa find themselves in compared with the continuity and chance for instant success at Ibrox should convince Gerrard that Govan is still the place to be.

After lifting Rangers 55th title in May he was branded a God in Glasgow.

If he stays now and delivers again he will elevate his legendary status even further as well as preparing himself better for the Liverpool job down the line.