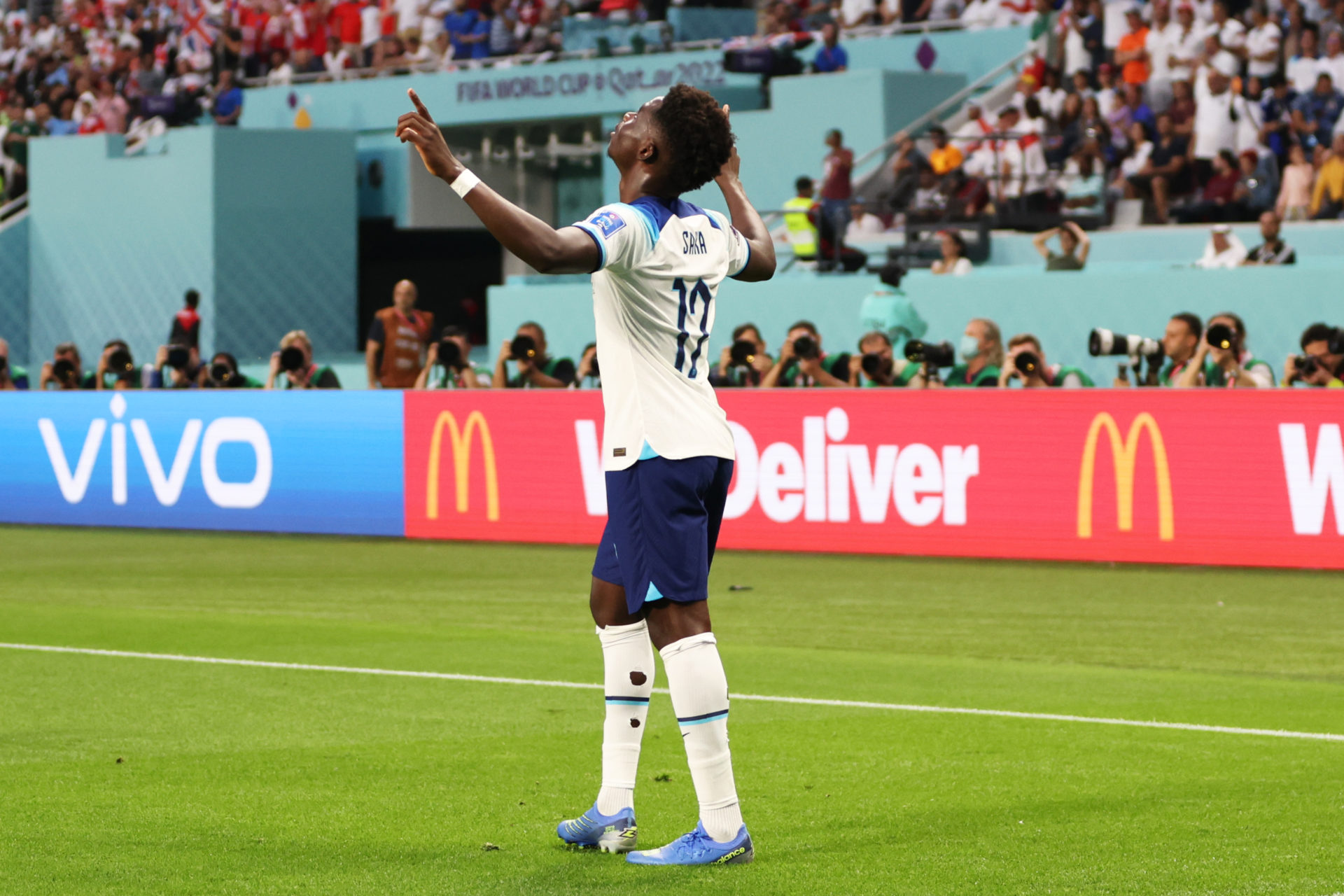 By Cheryl SmithNovember 21, 2022No Comments

Bukayo Saka bagged a brace as England hammered a lacklustre Iran 6-1 to get their world cup campaign of to an emphatic start.

Saka got his second on the hour mark before Mehdi Taremi’s excellent strike pulled one back, a rare moment of quality for the Iranians.

Substitutes Marcus Rashford and Jack Grealish rounded off the rout, as England drew a marker in the sand and signalled their intent for the tournament.

The match was shrouded a storm of controversy around the ‘one love’ arm bands, which FIFA deemed unacceptable and warned players could be booked if they took part in the gesture.

Even on the park the football seemed to play second fiddle, as the opening stages were dominated by a head injury to Iranian goalkeeper Alireza Beyranvand.

The stopper looked intent on carrying on despite receiving lengthy treatment on the field. Worringly though he made the signal moments later he was in no shape to continue and the seemingly, right choice was made to introduce substitute Seyed Hosseini.

Harry Maguire met a perfectly placed Kieran Trippier corner, only to see his header come back off the bar with half an hour on the clock.

Iran were camped out in their own box, as England were attacking from every route possible.

Gareth Southgate’s men made their first half dominance pay off when Jude Bellingham gave his side a lead 4 minutes later. Luke Shaw delivered a clipped ball from the left-hand side where the 19-year-old looped a perfectly placed header into the far corner.

Getting himself and the #ThreeLions off the mark.

Bukayo Saka doubled England’s advantage minutes before the 45-minute mark. Harry Maguire cushioned a header into the path of the Arsenal forward who rifled a dipping volley into the top right-hand corner.

One minute into the incredible FOURTEEN minutes of stoppage time, England struck again.

Harry Kane showed excellent vision to pick the ball up wide on the right-hand side and whip a delicious ball across the face of goal, where Raheem Sterling darted in to clinically prod home his first World Cup goal.

Enjoy that first half back home? 🫶 pic.twitter.com/vGyEAldff0

The Qatar heat may have affected the tempo of the game in the opening exchanges of the second half, but England were not to be denied another as Bukayo Saka got his second of the afternoon on the hour mark.

The 21-year-old glided through the Iran defence before slotting in the Three Lions fourth of the evening.

Iran fans had their own moment to celebrate as Mehdi Taremi pulled one back for Iran 5 minutes later. The Porto forward latched on to a deft through ball by Ali Gholizadeh, before rattling the ball over the helpless Jordan Pickford.

Substitute Marcus Rashford was barely on the park when he restored England’s four goal lead. The Manchester United forward drifted into the box before producing a composed finish to eliminate and shred of hope Iran may have had.

Jack Grealish rolled in a sixth as the clock ticked over to 90 minutes, after some unselfish work from Callum Wilson put it on a plate for the Manchester City man.

And Iran fired in a second goal from the penalty spot through Mehdi Taremi after a foul in the box to see the game end England 6 Iran 2.