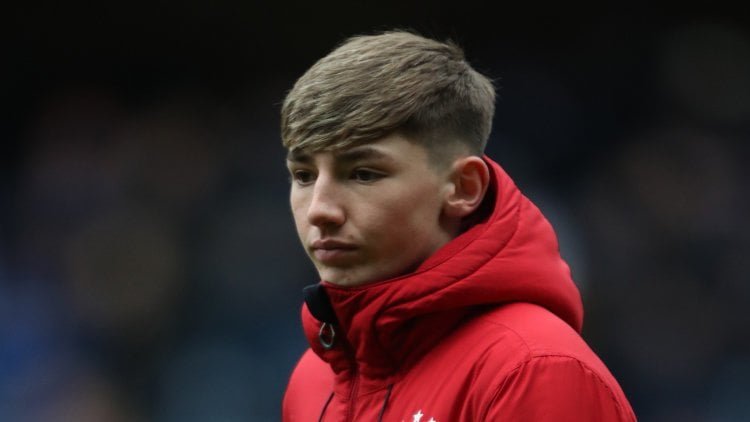 Rangers could earn more than £1million from the sale of 15-year-old Billy Gilmour to Chelsea.

The Ibrox outfit have agreed to allow the playmaker to leave after he made it clear his heart was set on a move to London.

Gers had been desperate to cling on to the talented Scotland Under-17 international, but have now stepped aside after the Stamford Bridge club offered to pay an initial £500,000 to secure his signature.

Gilmour will sign his first professional terms when he moves in the summer and his fee could yet rise to seven figures after Gers negotiated lucrative sell-on and appearance clauses into the deal.

Although he has not featured at first-team level, Gilmour has trained with Pedro Caixinha’s squad this season.

A number of high-profile clubs had been chasing the teenager, including Arsenal, Manchester United, Barcelona and Bayern Munich, but it is Chelsea who have won the race.

Rangers said in a statement: “Rangers can confirm that agreement has been reached for our under-16 player Billy Gilmour to join Chelsea in the summer.

“The club’s preference would have been for Billy to stay at Rangers, but when he made clear his desire to move to the Premier League it was important that we maximised the commercial value for him. We believe we have done this.

“The agreement will provide Rangers with a significant sum for a young player who has yet to play first-team football, and further significant amounts could be due based on milestones being reached. We are pleased with this outcome and believe this deal represents good value for Rangers.

“That he was sought after by many Premiership clubs, and indeed a number of the largest clubs in Europe, further demonstrates the quality of player now being produced by the Academy. Everyone at Rangers wishes Billy well for his future.”