United stars on the way back

By Peter MartinApril 5, 2016No Comments 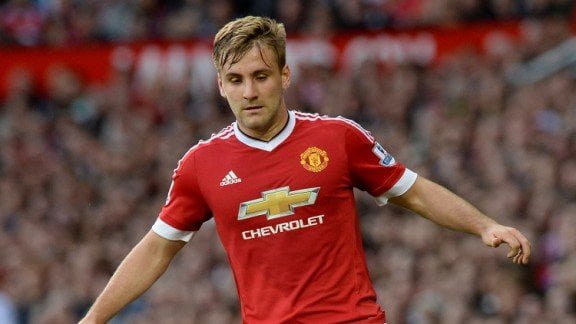 Manchester United received good news on the injury front on Monday as Luke Shaw returned to training while Phil Jones and Ashley Young started a fixture for the under-21s at Old Trafford.

Full-back Shaw, 20, was back out on the grass with a United physio for the first time since suffering a double fracture in his leg last September in a Champions League tie at PSV Eindhoven.

Fellow England caps Jones and Young then featured in Warren Joyce’s XI for the Barclays Under-21 Premier League clash with Chelsea, though Wayne Rooney was not ready to make his comeback in a 1-1 draw for which Louis van Gaal, Ryan Giggs and Sir Bobby Charlton were all in attendance.

Shaw’s appearance back on the pitch was confirmed by United team-mate Juan Mata , who uploaded a picture of the pair on Instagram alongside the caption: “My friend @lukeshaw23 just came in from running out on the pitch! Getting closer”.

Three days ago United boss Van Gaal revealed Shaw would return to training this week, though he also suggested it was unlikely he would feature again before a campaign that could conclude with an FA Cup final at Wembley on May 21.

Nine days before that showpiece game Roy Hodgson is set to his name his England squad for Euro 2016, which means Shaw may miss out on the tournament in France too.

“Luke Shaw shall start next week the first training sessions on the pitch,” Van Gaal said on Friday.

“It was always in the gym, on the treadmill, in the swimming pool and so on, but now he can train for the first time with his bodyweight on the pitch, so it is going great for Luke Shaw.

“But, also, it shall be very difficult for him to play the final of the FA Cup.”

While Shaw’s senior return may be a little way off yet, Rooney, Jones and Young are likely to bolster Van Gaal’s options for the final fixtures of the campaign.

Skipper Rooney has been out since mid-February because of a knee injury of his own and Van Gaal had insisted he would “probably play” an under-21s game prior to his comeback for the senior team.

However, his name was not on a team-sheet that included returning pair Jones and Young on Monday night alongside fringe first-team players like Cameron Borthwick-Jackson, Guillermo Varela and Paddy McNair.

Jones, who last played a senior game against Swansea on January 2, came through 76 minutes at centre-back while Young, an unused substitute against Everton on Sunday, looked far closer to full fitness as he completed the game playing up front.

Kasey Palmer’s free-kick had given Chelsea a first-half lead before James Weir equalised in the second period.