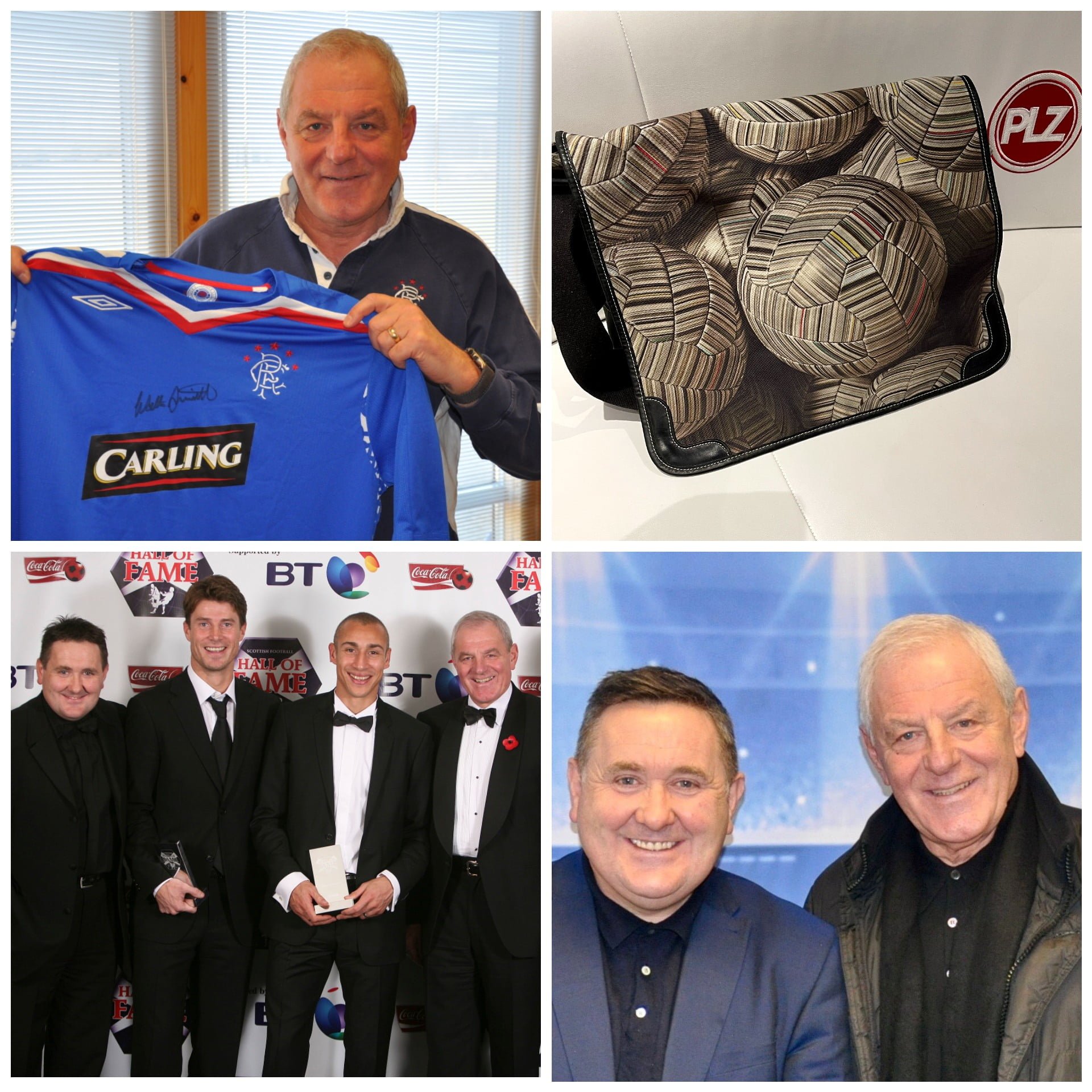 There are some people you meet in this beautiful game that make you feel lucky to be in their company, even for a fleeting moment at a press conference or out at a social event raising money for charity. Walter Smith was that man.

Professionally, I got the cold stare for the odd question he didn’t like, but he would explain to me later why he didn’t like the way it was phrased or indeed why it prompted his reaction.

Walter was a football man, he loved Rangers and that explains the first of my four pics.

As head of sport at Radio Clyde, at the end of another long season, he would invite you in for a coffee and a chat, before the broadcast interview to sum up his team’s achievements.

These were golden moments to chat to the real man and listen to stories about his upbringing, games he watched and players he admired as a boy.

At the end, there was a connection and an even greater respect for the job he was doing and the man he was.

I then proceeded to bring out a Rangers strip for him to sign. Quick as a flash with a wicked grin he asked “Hey! You’ve no changed your allegiance, have you?”

“Calm down Walter, it’s for my wife, she’s a Rangers fan!”

Walter loved talking football, but he liked a good Glasgow noise-up, wind-up and patter. He could hand it out as well as take it. My nephew bought me a Paul Smith sports bag.

I decided I would use it to carry my recording equipment. Big mistake!

I walked into the press conference and within one minute Walter had spotted the bag. “ Naw, I’m no havin that. You need to have a long hard look at yourself. That bag is a mile out.”

Slaughtered, I had to take it right on the chin, much to the enjoyment of my fellow journalists. That is now my
Walter Smith bag.

The next pic is my favourite of the four. I was a host at the Scottish football hall of fame dinner and mentioned to Henrik Larsson that I had three people I wanted us to get our photograph taken with outside.

Henrik said, no problem, but who are they? I kept it a secret right until the last minute. Henrik laughed and the other three joined in.

I was the least talented in the pic by a million miles, but well pleased to have organised such a great picture of Brian, Henrik, Walter, Ally and me!.

The last picture is special because it sums up Walter Smith, the man. I set up our company and produced Peter and Roughie’s football show on STV.

Walter could see how much had gone into building the studio and how difficult the road ahead would be making it work.

At the end of our one to one interview Walter just whispered, “Peter, any help I can give you, just call and I will be there when you need me.”

It was as if he had just told me I would be starting in the cup final, it gave me such a lift moving forward.

There are many who knew Walter on a personal and professional level far better than I can claim, but for anyone who met him you couldn’t help but be impressed at his warmth, passion and friendship in any situation.

On this day, when the great and the good of the footballing world pay their respects in Glasgow to Walter, my thoughts and prayers go out to his wife Ethel, his sons Neil and Steven and to all the extended Smith family.

They have lost a great man. Rest in peace Walter Smith.