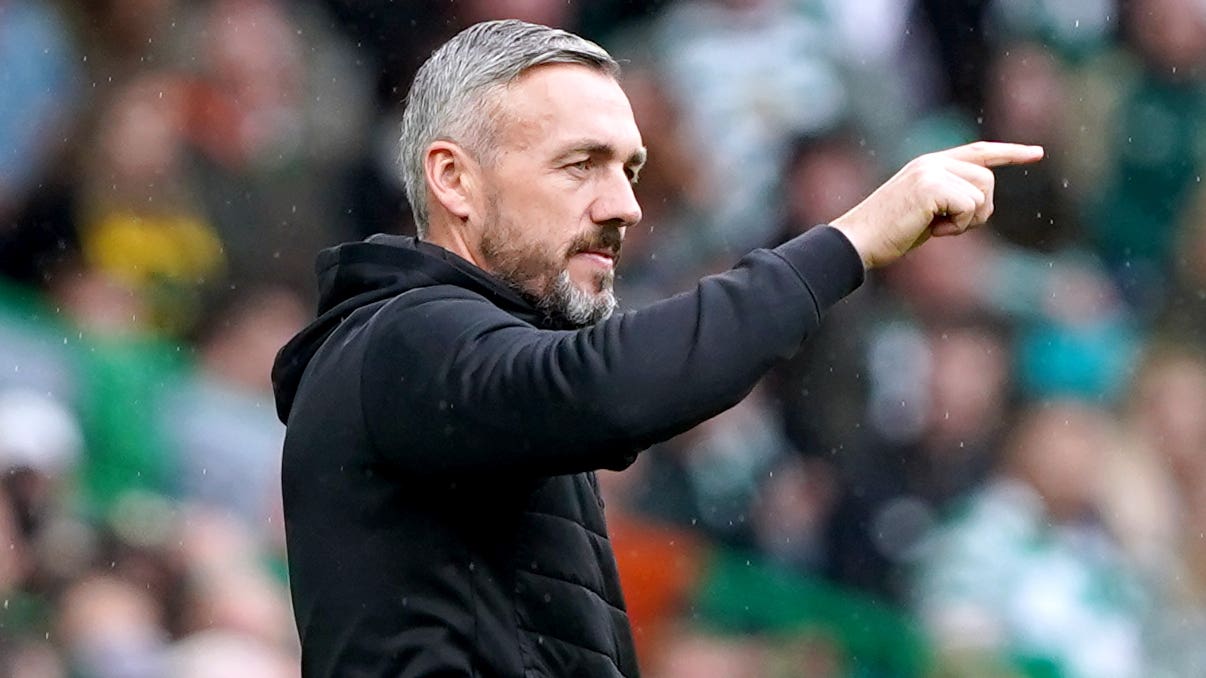 Lee Sharp admitted Aberdeen let their fans down with their dismal cinch Premiership defeat to Dundee United at Tannadice.

The Dons were firm favourites for the Saturday evening clash against a home side who were bottom of the table without a league win to their name so far this season.

Instead, Aberdeen went in at half-time with a mountain to climb after conceding two quickfire goals through Aziz Behich and Tony Watt.

The Dons, who were backed by a 4,000-strong travelling support, tried to find a way back into the contest after the break but went further behind to a Jamie McGrath penalty before their misery was made complete late on when Ross McCrorie scored an own goal.

Aberdeen assistant boss Sharp, standing in for manager Jim Goodwin who was serving the first match of a six-game touchline ban, admitted they had failed the fans.

He said: “There is a real sense of disappointment and letting the fans down after they all made the effort to come down.

“Throughout the game they were great and very vocal.

“That gives the players a right lift and they love that – the fans really backed the players.”

Sharp insisted the fact Goodwin was sitting in the stands at Tannadice did not have a bearing on the disappointing performance.

He added: “I don’t think that had a major impact on the game. He was on the phone constantly to us.

“All the work is done Monday to Friday so the players knew their jobs, their responsibilities and roles. Everything.

“So it is just a brief conversation before the game, highlighting what we were going to do and what the game plan was.

“So I wouldn’t use that as an excuse.

“Obviously, he is frustrated that he can’t be there to put his message across to the players.

“He is relaying that to myself and the goalie coach and we are putting that out there. It is hard for him.”

However, the 38-year-old was also pleased his players had kept a clean sheet.

Fox said: “When it went to four, we didn’t want to concede any goals and in fairness to Aberdeen, they kept pushing us and had opportunities towards the end.

“I would have been really disappointed in the group if we conceded but we didn’t, which is another positive.

“It is a really good three points for us.”