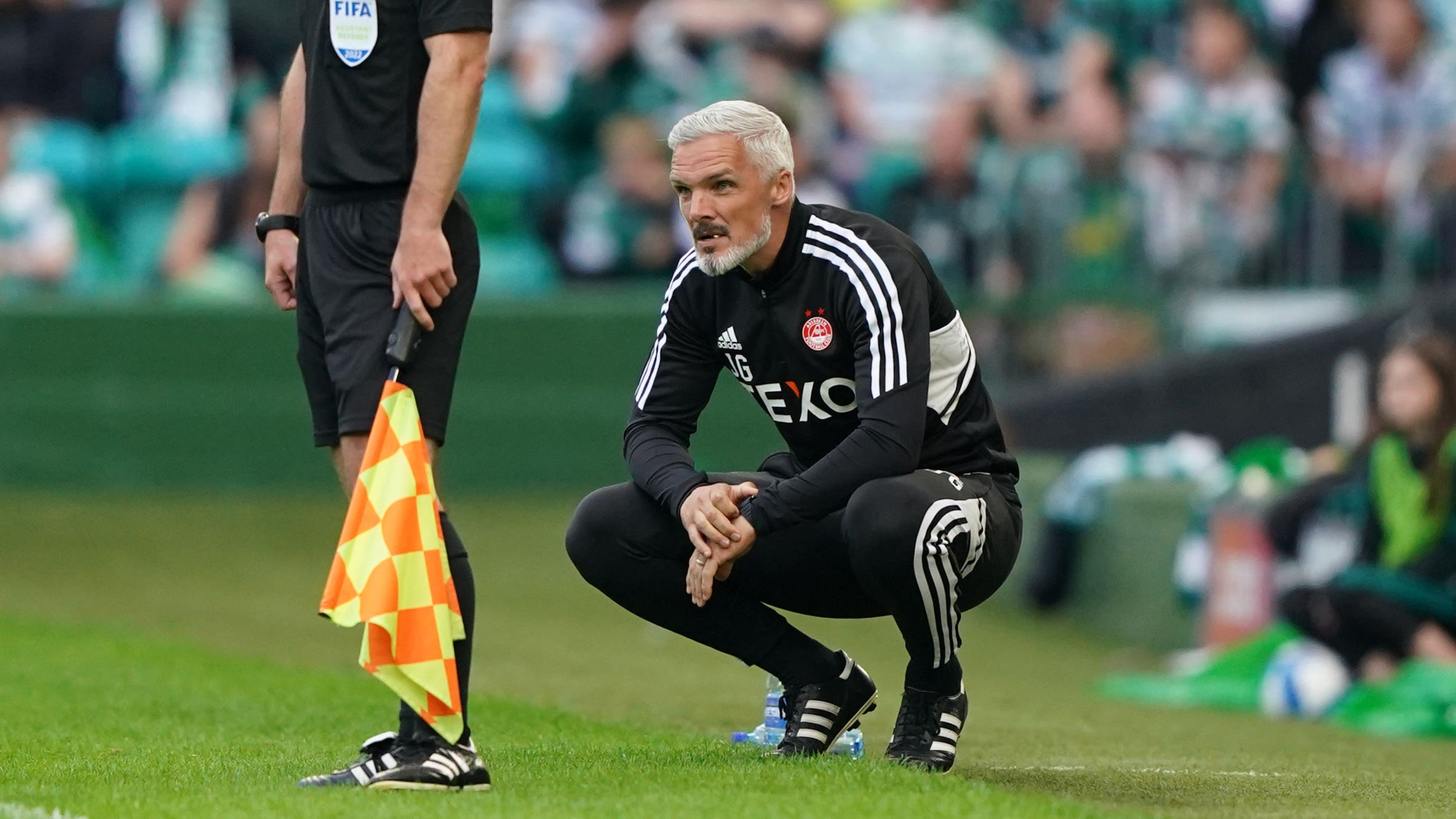 By By Gavin McCafferty PAOctober 6, 2022No Comments

Aberdeen have vowed to appeal after manager Jim Goodwin was hit with an immediate six-match touchline ban for his criticism of Hibernian defender Ryan Porteous.

The Irishman admitted two charges at a Scottish Football Association disciplinary hearing – breaching a rule which forbids comments of a discriminatory or offensive nature, and not acting in the best interests of football.

Goodwin received an eight-match ban in total but two of the games are suspended until the end of the season.

Aberdeen declared themselves “extremely disappointed at the level of sanction” imposed on their manager and added they were “taking it very seriously”.

A club statement added: “We do not expect to get the written reasons behind the decision until next week, but we will be appealing this decision.

“Meanwhile Jim will be banned from the dugout for the Dundee United game.”

With Aberdeen leading 1-0, Scales was shown a second yellow card by referee David Dickinson after a tangle with Porteous at a corner. Goodwin felt the Hibs centre-back had pulled his player and then gone down looking for a spot-kick.

The former St Mirren manager said after the game: “I don’t know how many times the boy Porteous can get away with that kind of stuff.

“I actually had a laugh and a joke with the referee prior to the game to make him aware of it. Unfortunately just before half-time he was sucked in hook, line and sinker.

“We showed our players a number of instances when Porteous has won penalties like that in the past. People will say he’s good at it and he’s clever. But it’s blatant cheating as far as I’m concerned and it’s cost my team points.

“I told Porteous to his face after the game what I thought of him. I don’t care what he reads in the paper on Sunday and Monday. He knows. He’s laughing about it. He celebrates winning penalty kicks like he’s scored a goal.”

Meanwhile, the SFA has claimed Kilmarnock rejected the chance to speed up Kyle Lafferty’s disciplinary hearing.

Killie manager Derek McInnes defended his decision to play Lafferty in Wednesday’s 2-1 cinch Premiership win over St Johnstone as he awaits his fate over alleged sectarian comments that were caught on video.

Lafferty faces an SFA hearing on October 20 on two disciplinary charges, with a potential 10-match ban awaiting him.

McInnes, whose club fined Lafferty, had stated that he would have preferred the situation to have been dealt with quicker and added: “It’s not our fault and it’s not Kyle’s fault that the SFA haven’t banned him.”

The governing body responded by stating that Kilmarnock were offered the opportunity, under disciplinary rules, to bring forward the date of the hearing but “declined to do so”.

An SFA statement added: “The timescales applied under the Judicial Panel Protocol are intended to give those issued with a notice of complaint appropriate time to respond to the charge(s) and fully consider their case prior to the hearing date.”