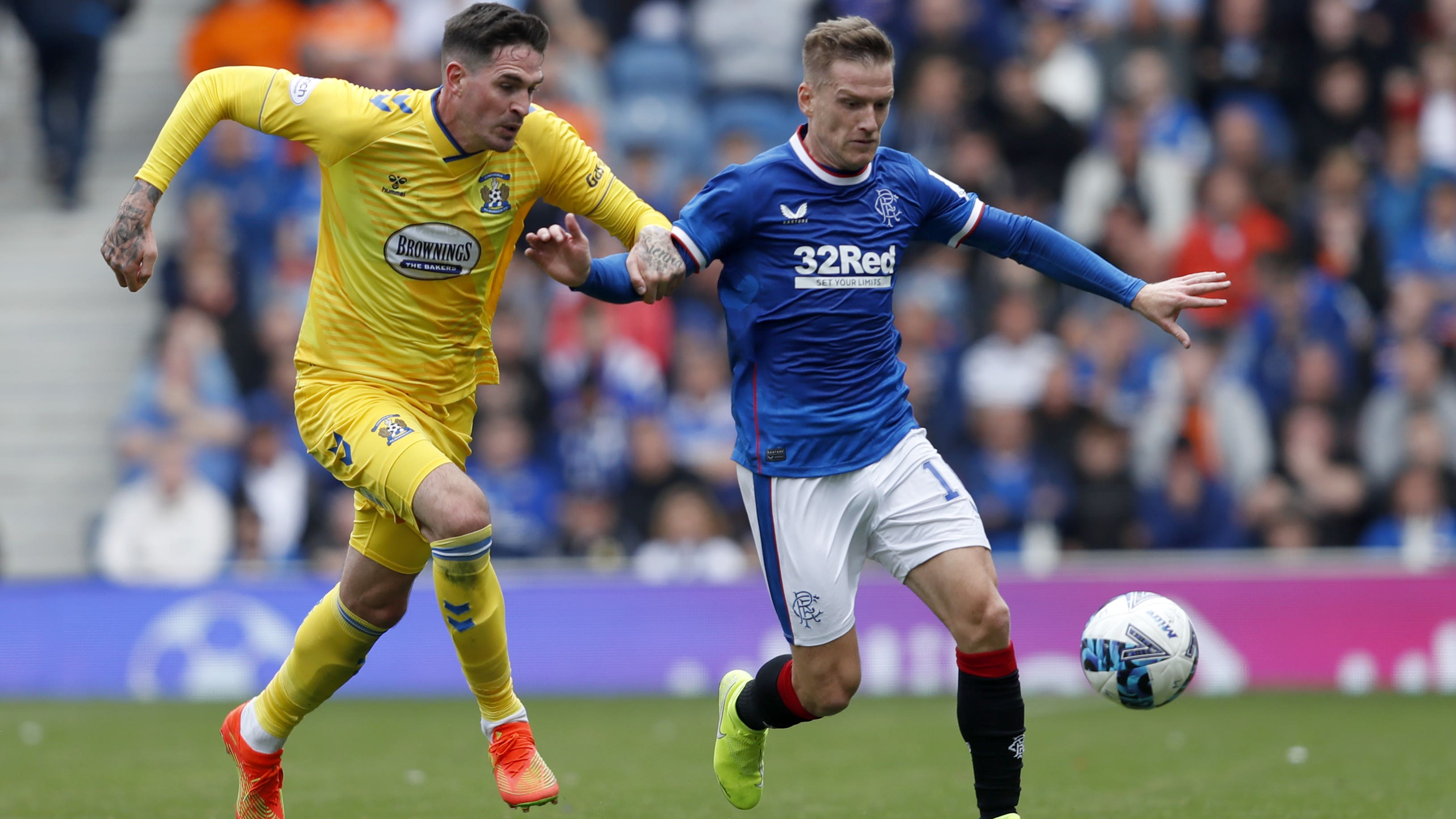 By By Ronnie Esplin PAJanuary 12, 2023No Comments

The 35-year-old Northern Ireland international was handed a lengthy suspension in October by the Scottish Football Association after being caught using sectarian language on video.

Lafferty is available again for Derek McInnes’ side and Power believes the big striker will cope with the attention around him and the magnitude of the game in his bid to help Killie cause an upset.

Speaking at the national stadium, the 34-year-old midfielder said: “I think the personality Kyle is, he will just get on with it. He is a livewire and great around the changing room.

“Even though he hasn’t been there on the pitch, he has been quite good for us off the pitch, energetic and good in training and he is eager to get back.

“So he will be excited about this weekend, I’m sure.

“He is a big boy. I think we will have a word with each other, not to get wrapped up in the occasion.

“We will have a game plan and we will need all our men on the pitch for that.

“I think we are all big enough and ugly enough to know the situation at hand and we will try to help Kyle do that as well and hopefully he can help us out with a good performance.

“It is a long time not to have Kyle, he was in a good vein of form for us as well so it will be nice to get him back.”

Celtic ran out comfortable 2-0 winners when Kilmarnock visited Parkhead in the cinch Premiership at the weekend and the holders are firm favourites to win through to the final where they will meet either Rangers or Aberdeen.

However, Power is keen for Killie to emulate the feat of the Rugby Park side who won the trophy in 2012 with a 1-0 win over Celtic at Hampden Park.

“The old saying, if you want to be the best you have to beat the best,” he added.

“We have that chance and that is what we have to think about.

“No one thinks we can do it but we have that belief in the changing room that we might be able to cause an upset and it would be a great occasion to do it.

“I like being an underdog and people looking down and thinking you are not good enough.

“We have earned the right to be in that semi-final as much as Celtic. It’s us against them. Men versus men.

“I know we are going to need luck but hopefully that will be on Saturday. We are not going to fear them.

“You have to believe. Semi-final of a cup. Nothing to lose. Family, friends will be here, all of our supporters and it is a shot. We just have to go for it. I think that’s what we will do.”