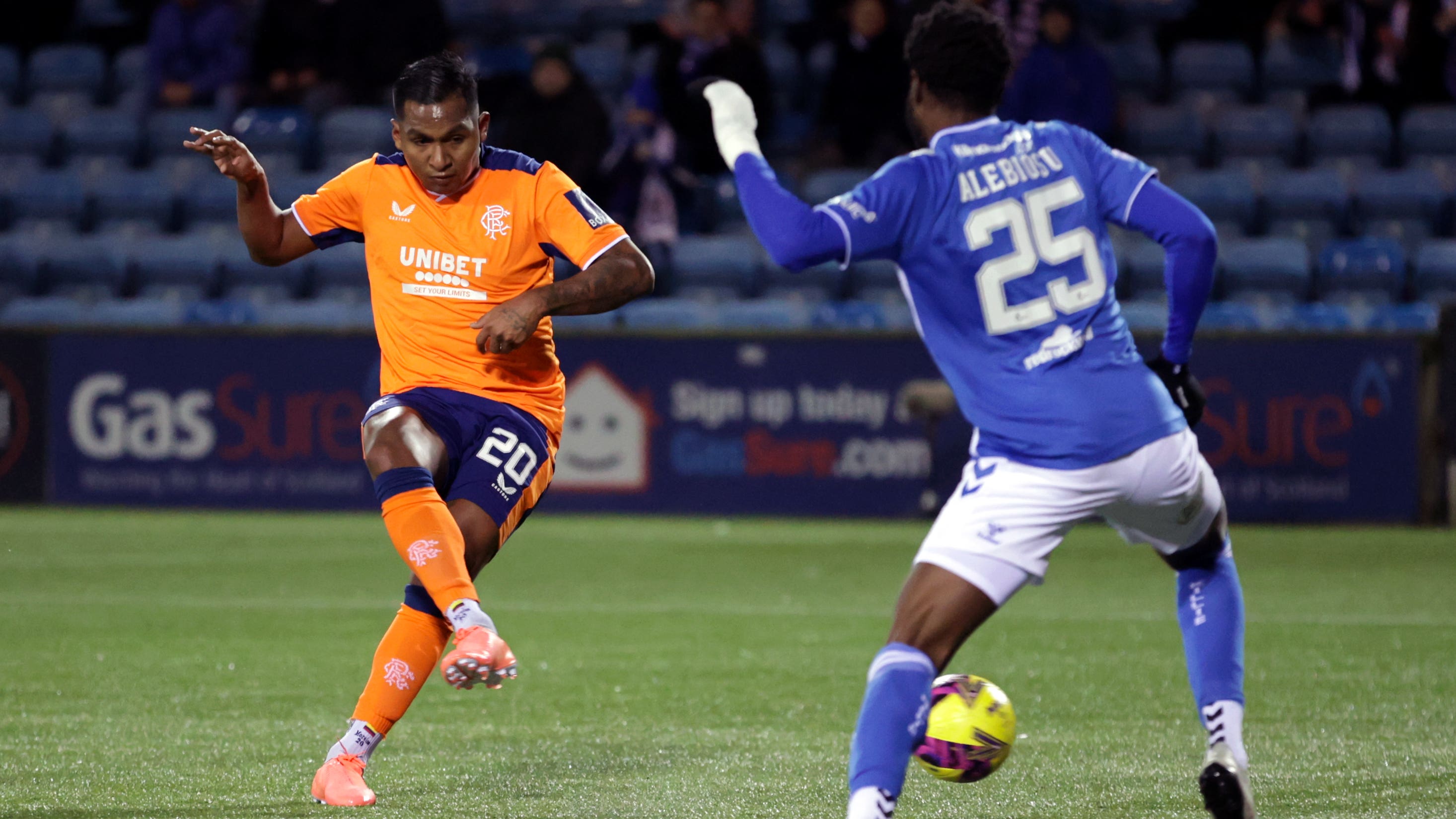 By By Ronnie Esplin PAJanuary 18, 2023No Comments

Alfredo Morelos grabbed a double as Rangers came from behind to beat 10-man Kilmarnock 3-2 at Rugby Park.

In a barnstorming Killie start to the cinch Premiership encounter, defender Chris Stokes headed in from a corner after six minutes only for Rangers’ Colombian striker to level midway through the first half.

Ryan Kent struck six minutes after the break before Kilmarnock winger Danny Armstrong was sent off by referee Kevin Clancy for picking up the second of two yellow cards for an elbow in the face of left-back Borna Barisic.

Morelos headed in his second from a Barisic cross in the 73rd minute but Killie pulled a goal back in the 85th minute through defender Joe Wright to ensure a nervy ending.

Michael Beale has won seven and drawn one of his eight games as Rangers boss but it was another patchy performance and they remain nine points behind relentless Celtic at the top of the table, with the Hoops beating St Mirren 4-0 at Parkhead.

It was a more difficult night than many Rangers fans would have envisaged against the second-bottom side in the Premiership.

Following a gruelling 2-1 win over Aberdeen on an energy-sapping Hampden Park pitch on Sunday, Beale freshened up his team on a freezing night in Ayrshire by bringing in keeper Jon McLaughlin, Glen Kamara and Scott Arfield.

The home side showed four changes with Stokes, Ryan Alebiosu, Christian Doidge and Liam Polworth returning and they had Rangers in a headlock in the opening minutes and deservedly took the lead.

Rangers failed to heed the warning when centre-back Ash Taylor headed a corner wide of the target before Stokes put his head on Armstrong’s delivery to beat McLaughlin.

The visitors were all over the place.

It was the 17th minute before Killie keeper Sam Walker had a real save to make, diving low to beat away a header from Connor Goldson before McLaughlin had to deal with a decent curling effort from Armstrong at the other end.

Rangers steadied a little and got the equaliser when attacker Fashion Sakala raced on to a pass from skipper James Tavernier and squared for Morelos to sweep into the net from eight yards.

Beale’s side got off to a good start in the second half with Kent firing in from inside the box after taking a pass from Morelos following a counter-attack.

However, moments after Wright missed a great chance when he headed wide from 12 yards and more woe followed when Armstrong, booked in the first half for pulling back Kent, was sent packing for a needless foul on Barisic.

Rangers pressed to take advantage of their extra man and were rewarded when Morelos rose six yards from goal to head in a chip from Barisic.

Walker denied the Colombian his hat-trick with a decent save in the 78th minute before the Rangers forward was replaced by Malik Tillman.

With five minutes remaining of normal time, Wright volleyed high past McLaughlin after Taylor had flicked on an Alan Power cross and a game in which Rangers controlled became troublesome until three added minutes had passed.