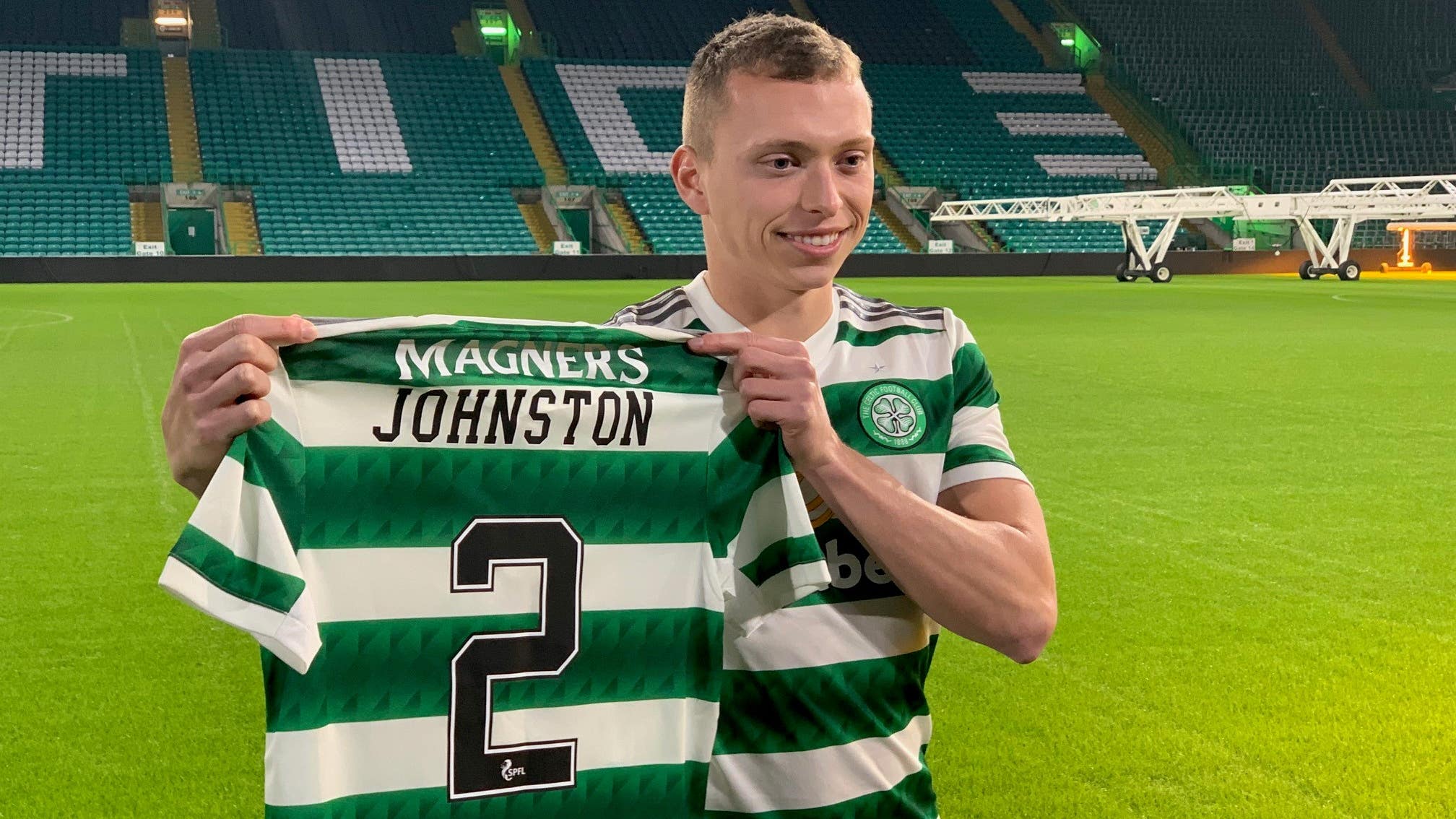 Alistair Johnston: Outpouring of love from Celtic fans has been pretty crazy

By By Ronnie Esplin PADecember 12, 2022No Comments

Alistair Johnston revealed he has been hit with an “outpouring of love” from Celtic fans since joining the Parkhead club.

The 24-year-old defender signed a five-year deal in joining from Montreal and is fresh from representing Canada at the World Cup in Qatar.

Speaking at Celtic Park, Johnston was asked about his early days as a Celt and said: “It has been hectic.

“I tweeted about it a couple of times but it is no joke, the Celtic fans almost broke my phone, just the outpouring of love has been pretty crazy.

“That, doubled up with participating in a World Cup at the same time, it is a crazy time in my life. I am super-excited to get here.

“Everyone has been so warm and welcoming.

“Even just walking around the town centre people have been coming up and saying, ‘congratulations, you have signed for the biggest club in the world’.

“It has been a unique and special welcome.”

Johnston, whose dad’s side of the family is English and Scottish while his mother is from Northern Ireland, played against Hoops full-back Josip Juranovic in Canada’s 4-1 defeat by Croatia in Qatar.

Juranovic has been linked with a big-money move away from Celtic after some terrific performances in Qatar, while Scotland defender Anthony Ralston is also standing in Johnston’s way.

However, the new recruit is ready to fight for his place.

He said: “I did actually talk to him (Juranovic) afterwards and said hello.

“He was really good about coming to find me after a big 4-1 win for them. He is a great player.

“Nothing is going to be given (at Celtic), everything will be earned.

“That is something all aspiring footballers want, an opportunity, and that is something the coaching staff has been very strong about, that we are trying to play a certain way and we want to bring in some young, talented players that have an edge to them.

“I fit that mould but the other two right-backs have that as well but I am here to fight for my place and hopefully earn some minutes.

“It is very attacking at Celtic. It is exactly how I like to play the game. It is a good fit for me.

“It is a match made in heaven for me, so it was a pretty easy decision.”

“The ability to play in a back three, a back four, a back five, that flexibility that he brings, super-consistent.

“Definitely I have a lot of physicality to me. I just love to defend and that is something that everyone will see.

“For me, putting in a big tackle is just as good as getting on the end of a cross, for example. That is what you will see from me. I live to defend.”