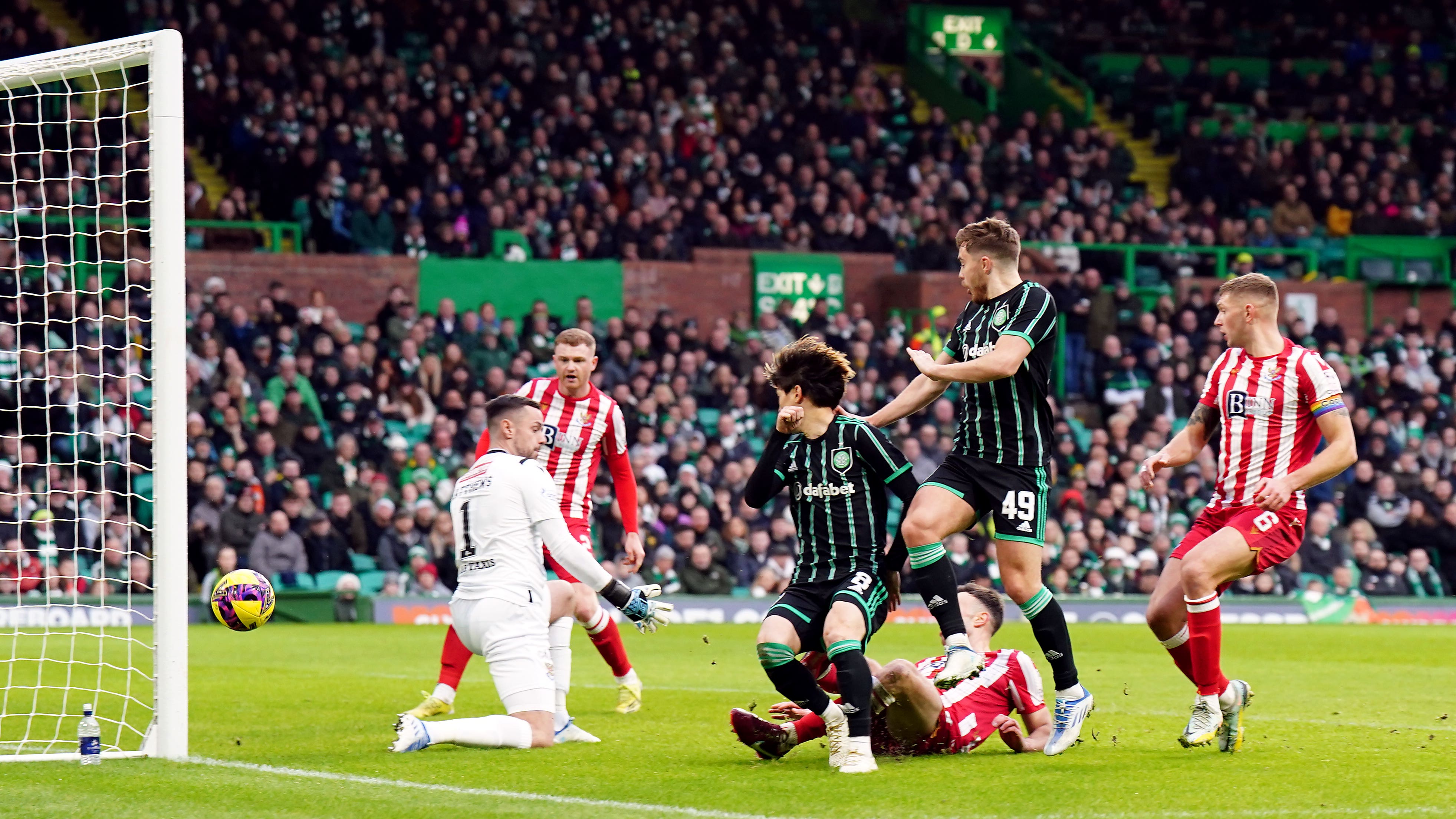 Celtic manager Ange Postecoglou praised his players for reacting to his criticism in the right way as they found their goalscoring form in Saturday’s 4-1 victory against St Johnstone.

Postecoglou had been frustrated with elements of his team’s attacking play in a 2-1 midweek win over Livingston, specifically some players not getting into the positions he demands to finish off balls across the goalmouth.

Kyogo Furuhashi twice netted from close range against Saints following low crosses and stand-in right-back Reo Hatate scored the first of his double after arriving to help out his attackers following Daizen Maeda’s break down the left and ball into the box.

Postecoglou, whose side restored their nine-point lead in the cinch Premiership, said: “The boys were great and credit to them because it’s easy for me to put it out there but it’s got to be received by them and taken on board.

“I had no doubt they would because I have never sensed with this group that there is any sort of complacency creeping in or that they are comfortable with where they are. They are demanding that they are better all the time and how we can help them do that.

“I just felt in the midweek game we weren’t as disciplined and desperate to get into those areas and tonight that was a different story and we got the rewards for it.”

Celtic winger James Forrest set up one of Furuhashi’s goals and seized his opportunity after being brought into the starting line-up with Maeda.

The Scotland international had scored four goals in his previous three starts this season and was determined to make his mark again.

“Every player is like that,” the 31-year-old said. “The staff demand it, the manager demands it, the fans too.

“It’s the same every game when you play here, you look to contribute one way or another and I was delighted with that. I thought our attacking play, especially the first half, was really good.”

St Johnstone were four down inside 52 minutes and manager Callum Davidson was pleased with the way his side reacted.

Drey Wright pulled a goal back to ensure the scoreline was far more respectable than St Johnstone’s previous visit to Celtic Park, when they lost 7-0 in April.

“It’s always a worry,” he said. “Sometimes when you try and have a go at Celtic they open you up. We were 3-0 down at half-time and then they score pretty early on in the second half.

“So I am really pleased with the players’ response. I knew we had good substitutes with good energy.

“I am just pleased with the character they showed. Last year we might have got beat 7-0. I think it shows there is maybe more resilience in the team.

“I am pleased with our form. We are not fighting this league, we are fighting another league so we will crack on.”