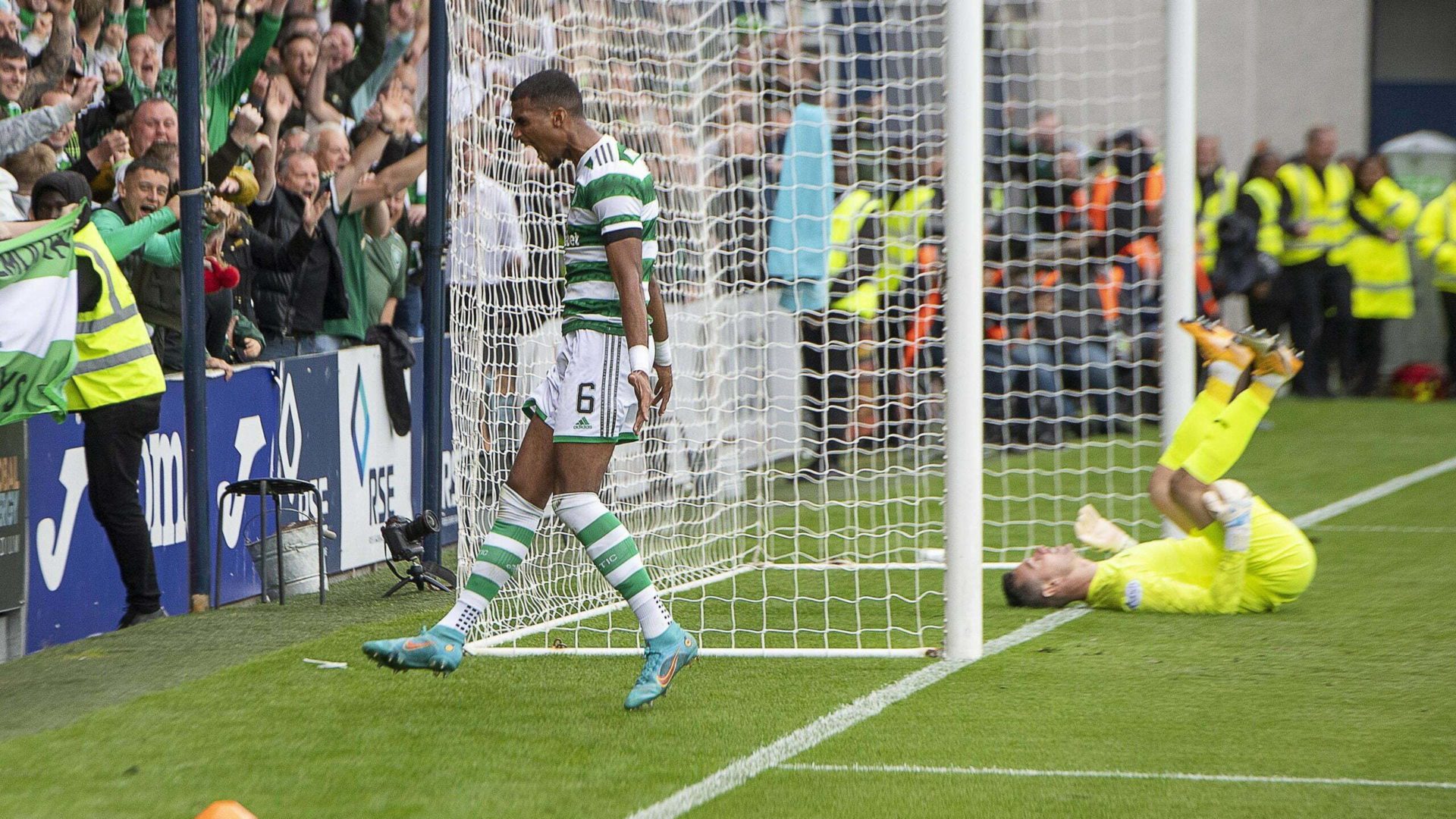 By By Gavin McCafferty PAAugust 7, 2022No Comments

Celtic needed another late show in their 3-1 victory against Ross County but manager Ange Postecoglou felt it was a much better performance than their dramatic win in Dingwall last year.

County defender Alex Iacovitti headed home from a corner to cancel out Kyogo Furuhashi’s opener and Celtic goalkeeper Joe Hart made a brilliant stop to deny Owura Edwards from a free-kick.

The match was in the 84th minute when debutant Moritz Jenz rose high to head home Jota’s cross following a short corner, and Liel Abada added a brilliant third in injury time.

The German’s goal sparked memories of Anthony Ralston’s winner in the seventh minute of time added on in December 2021, which prevented 10-man Celtic from slipping six points behind Rangers in the cinch Premiership.

Comparing the two matches, Postecoglou said: “I thought our football was a lot better. I thought we really played well today.

“People can look at the result and think it was close but in real difficult conditions I thought we controlled the game from start to finish.

“We minimised their threats – I said they are a big, strong team but they hardly got in our box apart from set-pieces – and even though they had a lot of bodies behind the ball we still found our openings, we were still really clever in the way we got in behind them.

“There was an edge to the game because of the late goal but I felt we were really in control of the game.”

Jenz was beaten in the air for County’s goal and was booked for giving away the foul that led to the home side’s only other effort on target, but he looked assured on the ball and made his mark with the goal.

The on-loan Lorient player was drafted in after illness forced Stephen Welsh out and with Carl Starfelt working his way back to fitness after a hamstring problem.

His arrival has given Postecoglou an added option at the back after Starfelt established himself as a consistent starter alongside Cameron Carter-Vickers last season.

Postecoglou insisted nobody was assured of a place in his side.

He added: “I’m not assured of anything. I’m sure when the first loss comes along everyone will be questioning me.

“We’re all out there every day trying to improve ourselves and that’s the kind of environment we want to have.

“Bringing Moritz in helps Carl, it helps Cam, it helps Welshy be the best they can be, because every day at training they are competing against each other. They are raising each other’s level.

“If I just had two centre-backs and the level around them was low, then how are they going to improve? You can’t improve just in games, you have to improve every day.

“So, for all these guys, it’s about every day trying to be the best they can be, and being ready for any opportunity that comes their way.”

For County, it was another defeat that offered plenty of encouraging signs, after they opened their season with a 2-1 loss against Hearts at Tynecastle.

Manager Malky Mackay said: “There is a brand new group here again, another 10 new players into the club.

“Hopefully we won’t have that next year and we’ll have a much more settled group.

“They have hit the ground running. We have played two of the top three and if we keep playing like that on a consistent basis, Ross County will still be in this league next year. “