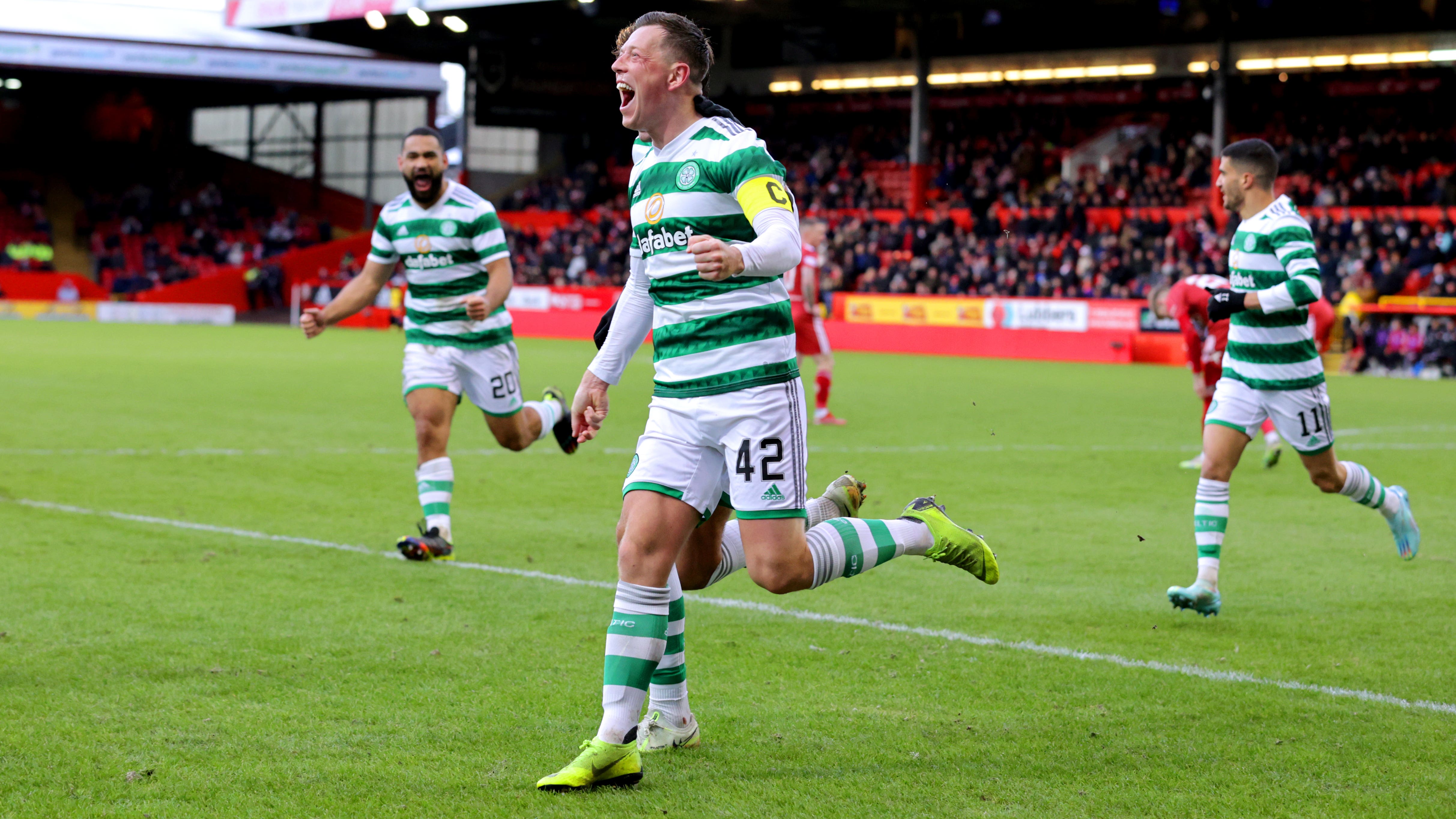 Celtic manager Ange Postecoglou hailed his “outstanding” captain after Callum McGregor capped his comeback with a late winner at Aberdeen.

McGregor struck from 20 yards in the 87th minute to earn Celtic a 1-0 win and restore their nine-point lead in the cinch Premiership.

The midfielder was making his first appearance since suffering a knee injury 10 weeks ago and he helped the champions deliver a performance that Postecoglou felt might have been the most dominant of his spell in charge.

Celtic had 33 shots at goal to Aberdeen’s two and McGregor produced 170 accurate passes – 53 more than the entire home team.

“He was a bit rusty, wasn’t he? Look, he is just an outstanding footballer,” Postecoglou said.

“We did awfully well to cover his absence but it doesn’t take away from the fact he is a fantastic footballer and he makes our team even better. No doubt about it.

“His ability to link up play in the way we want to play and dictate tempo… He was key, he was the one who at times sped up the game for us and at times slowed it down, and we just wore down the opposition.

“You wouldn’t know he had missed so much football. Someone said to me he had an enormous amount of passes and touches.

“It’s fitting for him to get the goal because he has worked hard to get to this space to be ready again. He is a credit to himself, to this football club – he is an outstanding leader.”

“That’s who we want to be,” the manager said. “We want to win things and win games of football but the manner in which we do that is important as well.

“We want to be a team that scores goals and dominates games, creates chances.”

Celtic eventually broke through following some intense pressure despite missing winger Sead Haksabanovic, who collected the Premiership player of the month award on Friday.

“He got a knock in training, he was set up to play,” said Postecoglou, whose team host Livingston next. “He picked up the award and must have dropped it on his foot. But he should be all right for Wednesday.”

Aberdeen manager Jim Goodwin was braced for criticism for his cautious tactics despite coming close to holding the champions.

“There’s many ways to play a game of football,” he said. “We have had plaudits for going to Ibrox and trying to have a go at Rangers and we got beat 4-1 in the end and it could have been 10.

“So we tried to frustrate Celtic and it worked for large periods. The problem was, when we managed to get the ball back, we didn’t do enough with it. We weren’t composed enough on the ball. A lot of that is down to the pressure Celtic put you under, as soon as they lose it their reaction is to go and get it back immediately.

“And I think we tired towards the end which is only natural when we have not had a competitive game for five weeks.

“It’s not a style of football our fans at Pittodrie have been used to this season. Prior to this we have won six of the last seven league fixtures, scored loads of goals and been very attack-minded.

“But I felt this was the best way to go to give us a chance of getting a result.

“I hear the fans mumping and moaning at the end and I understand it completely. They want to see us being more attacking than that and obviously we will be in the future. But I just felt that was the best way to manage that particular game.”