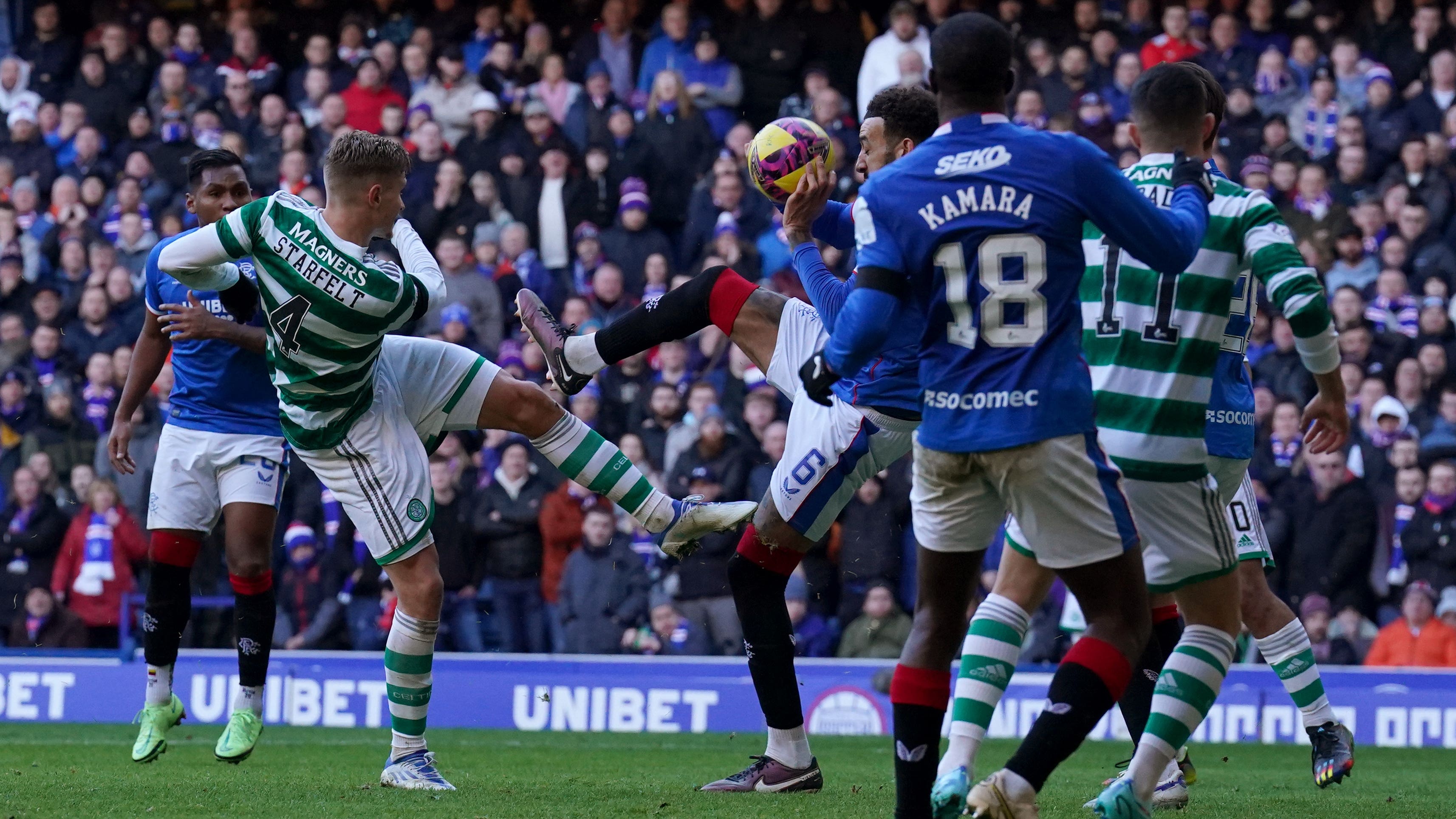 Ange Postecoglou: Zero chance major decisions against Celtic will be evened up

By By Gavin McCafferty PAJanuary 6, 2023No Comments

Celtic manager Ange Postecoglou claims there is “zero chance” that major decisions against his team will be evened up this season as he expressed confusion over why his team were denied an Ibrox penalty following Connor Goldson’s “save”.

Goldson put two hands up in front of his face to stop Carl Starfelt’s shot but referee John Beaton played on and video assistant referee Willie Collum did not call a review.

Referee guidelines say that putting hands in front of the face can be a natural reaction but Postecoglou felt the incident was straightforward and another example of inconsistencies.

The Celtic boss referred to a penalty his team were denied for handball against Hearts defender Michael Smith and at least one decision that went against them at Parkhead.

Alexandro Bernabei conceded a penalty against Dundee United when Steven Fletcher’s header hit his arm after he had jumped, and Matt O’Riley was penalised against Ross County when the ball hit his arm from close range as he was moving it closer to his body.

On the Ibrox incident, Postecoglou said: “It’s a penalty. I have seen people doing all sorts of mental gymnastics trying to show why it’s not a penalty, which probably suggests it is. If it wasn’t, it would be a simple explanation.

“I don’t think it is just confined to us as a club, I think there’s other clubs probably in the same boat. It’s just really confusing now for players in the box to know what they can or can’t do because it seems to change depending on who’s in charge of the decision-making process. Because there is zero consistency in decisions being made.

“But when I look at the introduction of VAR and the decisions that have gone against us, in particular, there is zero chance that’s going to even up between now and the end of the year, because it’s remarkable that we have had at least three major decisions go against us.

“You can just say it comes down to interpretation or whatever people want to say but I guarantee if that game had finished two-all and it was Rangers that were denied that decision, the talk this week would be how that was a title-defining decision.

“The fact it wasn’t because we still got a result, as we have in all the other games, at Tynecastle and here at home, when major decisions went against us, doesn’t mean we should ignore it, because a team could get relegated on a decision like that.

“I think it still needs to be highlighted and it still needs clarification but to go back to the original question, it’s a penalty. Before we even started introducing VAR, it’s always been a penalty. To be honest, there were only two saves made in the game – one by Joe (Hart) and one by Connor.”

Postecoglou does not feel it is his role to speak to anyone from the referees’ department.

He added: “All I can do is try and convey what our side of the fence feels and see at the moment, and there’s a great deal of confusion about what our players are supposed to do in the box. Is it hands behind the back or in front of your face?

“When you see such a vast inconsistency, there is obviously an issue that needs to be resolved and the best people to resolve it are the officials, not me or anyone else outside.”

The Celtic boss, whose team host Kilmarnock on Saturday, added: “Even now I don’t place any criticism on referees. My issue is there’s a real confusion about what is a penalty and what isn’t a penalty, what gets referred and what shouldn’t get referred. And I don’t think I’m the only one in that boat.”