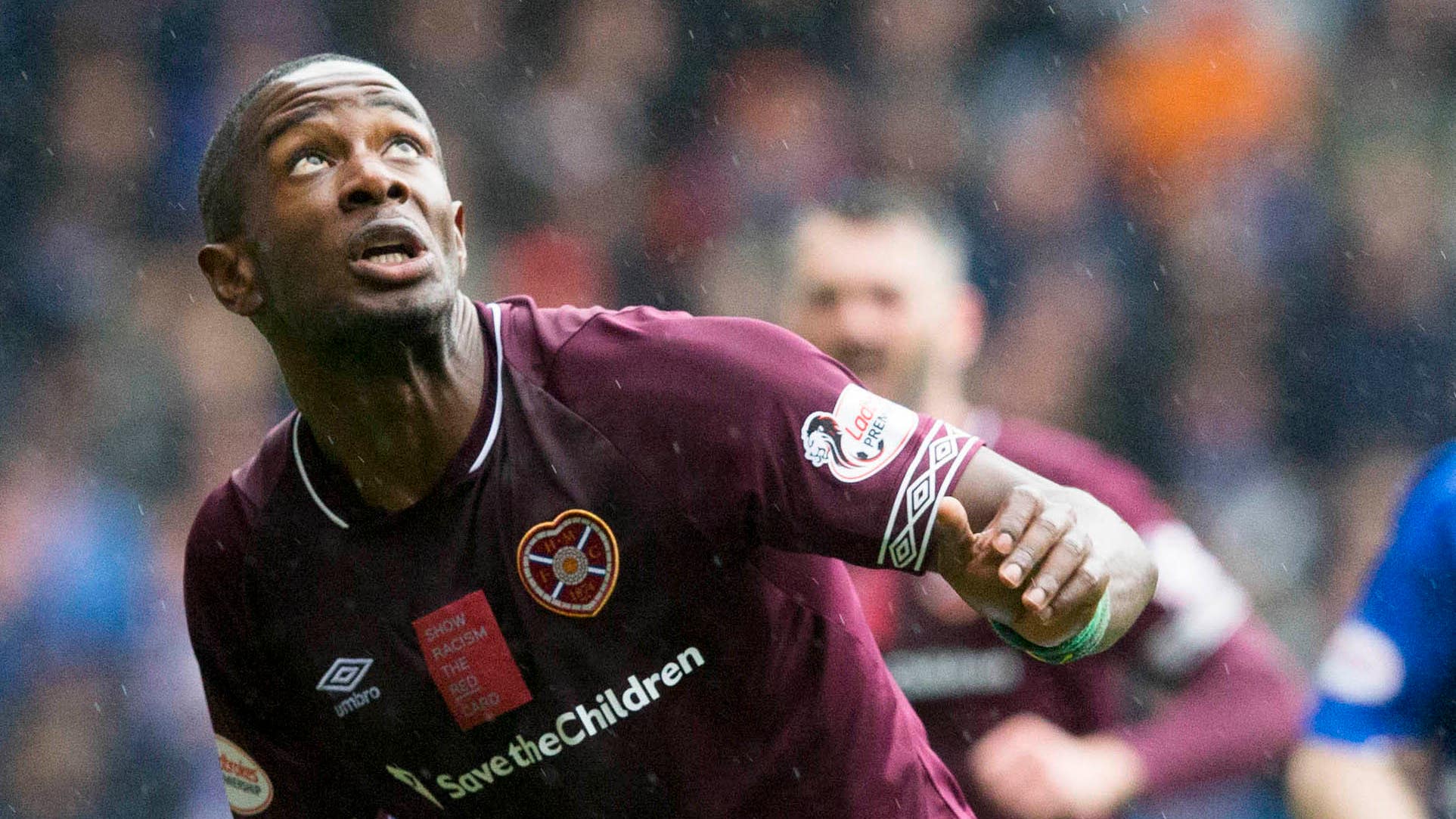 Arnaud Djoum is confident Dundee United will climb off the bottom of the cinch Premiership table if they continue to play with the same mentality they showed in Saturday’s 2-2 draw with Hearts.

The Tayside outfit are two points adrift of 11th-placed Ross County ahead of Wednesday’s bottom-of-the-table showdown between the two teams at Tannadice.

United would have gone above the Staggies had they not conceded a stoppage-time equaliser at home to Hearts on Christmas Eve, but Djoum believes they can take plenty of positives from the match against his former club they bid to ease their relegation worries.

“I always said this team had a lot of quality but we just needed to bring the mentality, the hard work and the fighting spirit we brought against Hearts,” said the midfielder.

“We have two players who went to the World Cup (Dylan Levitt and Aziz Behich), we have a really good group.

“We have what is required but sometimes we have to show a bit more aggression. We have to take what we showed against Hearts into every single game. If we do that, we will have better results.”

Victory at Tannadice on Wednesday night will lift Liam Fox’s team above County and off the bottom of the table.

“We know the Ross County game is a massive game for us to get off the bottom of the table,” he said. “We don’t deserve to be there but we have to show that on the pitch, not just by talking. We need points and we’ve got to do everything to win against Ross County.”

Saturday’s action-packed game against Hearts featured two penalties overturned following VAR reviews, and Djoum admitted the time taken to reach certain decisions in Scotland is having an impact on the players.

“When you are 2-1 up with just a few minutes to go, you are always disappointed if you don’t win,” he said, reflecting on Saturday’s match. “I think we played well, with good mentality and good intensity, and we defended well so we were disappointed not to win.

“There were a lot of things going on in the game, with the penalties and the VAR. We had to wait a lot of time for the decisions so the intensity of the game dropped at times.

“It can interfere with your mindset a little bit when it is so stop-start. On Saturday, it was not only one-minute stoppages, it was several minutes, so it can be hard to come back and get the intensity and rhythm of the game. That is a part of the game we just need to learn to deal with now with VAR.”