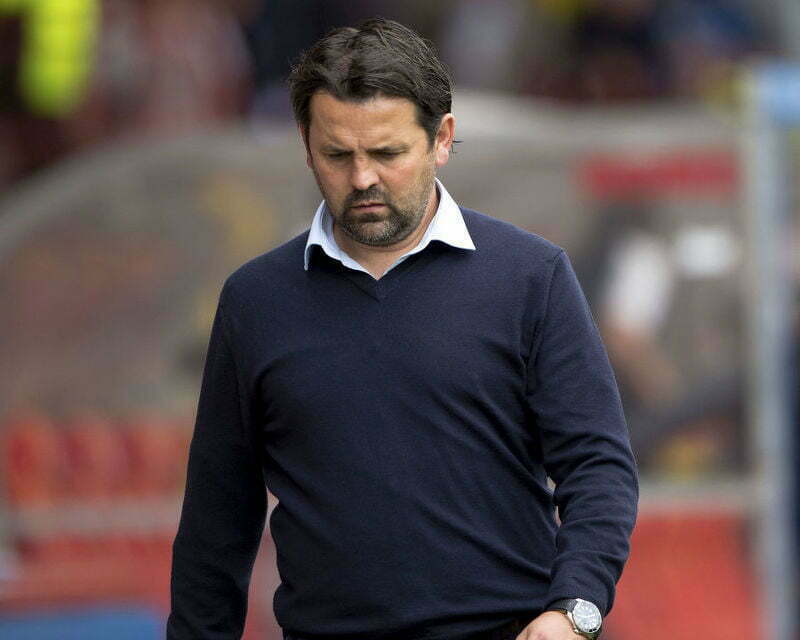 Paul Hartley has left Falkirk by “mutual consent” after a torrid start to the season, the club have confirmed.

The Bairns are rooted to the bottom of the Scottish Championship after losing their opening three fixtures.

A statement from the club, released last night, said: “Falkirk FC can confirm that it has come to a mutual agreement with Paul Hartley who will leave the club with immediate effect.

“The Board of Directors wish to place on record their gratitude to Paul for all of his work during his time at The Falkirk Stadium. We wish Paul and his family the very best for the future.

“In the interim period, Gordon Young will take charge of first team affairs. A recruitment process will begin with immediate effect.

“The club is committed to keeping supporters informed as new arrangements are put in place.

“We thank our fans for your patience as we seek to build a positive platform for the season ahead.”

The ex-Celtic midfielder has just 16 of his 40 games at the helm after replacing Peter Houston last October.

Last term the side finished eighth in the Championship table under the 41-year-old’s guidance.

Falkirk picked up wins in two of their four League Cyp matches but fell short of reaching the second stage of the competition.