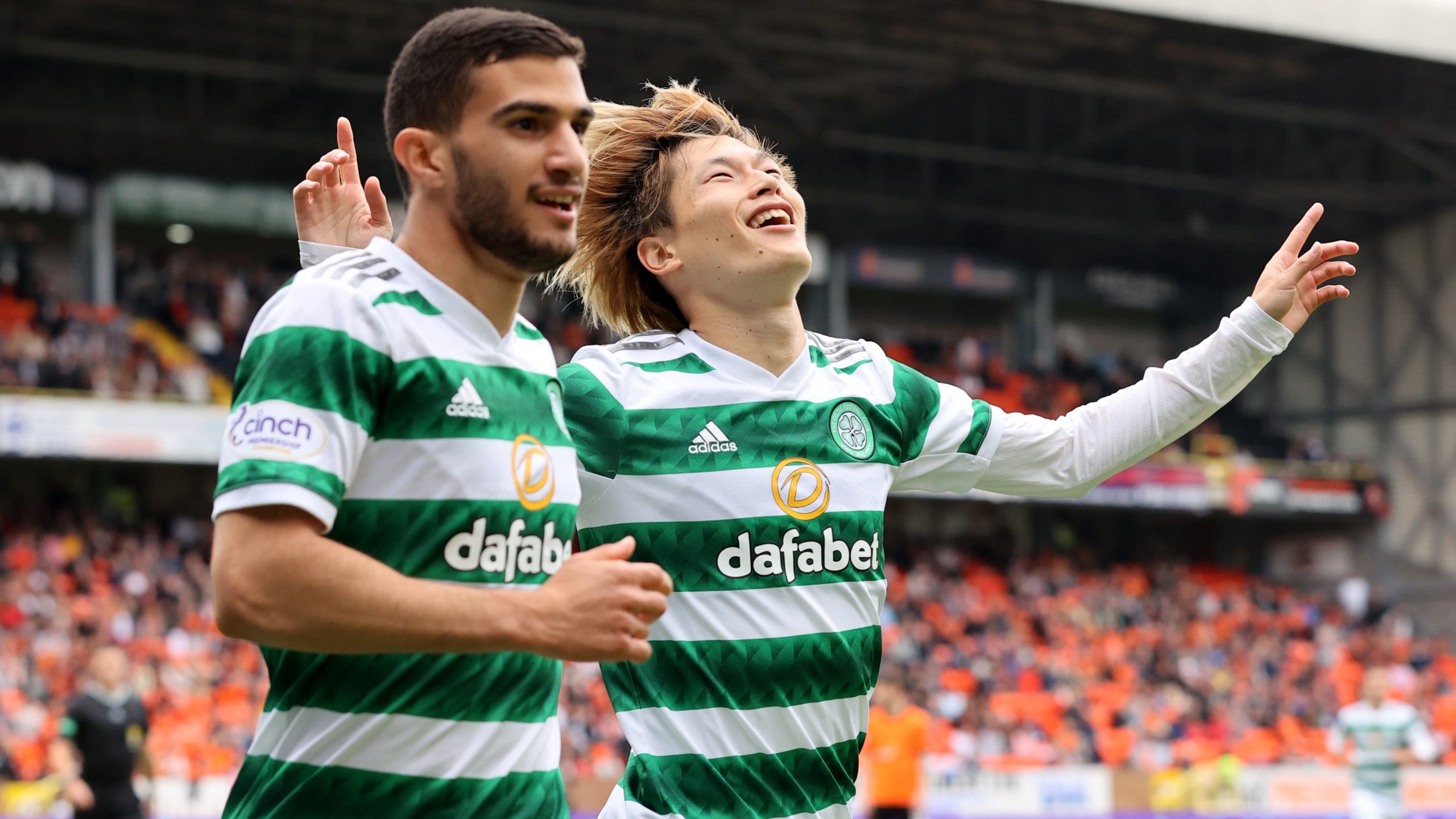 Celtic became the second top-tier British club to dole out a 9-0 thrashing this weekend as they romped to victory at Dundee United.

Ange Postecoglou’s side made it five wins from five in spectacular fashion as Kyogo Furuhashi and Liel Abada both hit hat-tricks with Jota, Josip Juranovic and Carl Starfelt also getting in on the act.

Here, the PA news agency looks at the six previous occasions when teams have scored nine goals across the two divisions.

Alexandre Jankewitz’s red card within 90 seconds of his first senior start left Saints with an uphill battle from the outset. Anthony Martial netted twice while Saints defender Roman Bednarek scored an own goal and was also sent off. Aaron Wan-Bissaka, Marcus Rashford, Edinson Cavani, Scott McTominay, Bruno Fernandes and Daniel James were the other scorers.

Southampton had Ryan Bertrand sent off for a studs-up challenge on Ayoze Perez in the build-up to the opening goal, setting the tone for the night. Ben Chilwell got that goal in the 10th minute and Perez went on to complete a hat-trick. Jamie Vardy also got a treble, wrapping it up with a spot-kick in added time. Youri Tielemans and James Maddison also found the target.

Paul Hartley’s red card put the visitors on the back foot as it was the turn of Anthony Stokes and Gary Hooper to argue over the match ball with the pair both scoring hat-tricks. Thomas Rogne’s red card for Celtic did not stop the onslaught as a Josh Magennis own goal and efforts from Joe Ledley and Pat McCourt completed the triumph.

Andy Cole led the way with five goals, with Mark Hughes (two), Paul Ince and Roy Keane also netting for United against an Ipswich team who finished bottom at the end of the season.