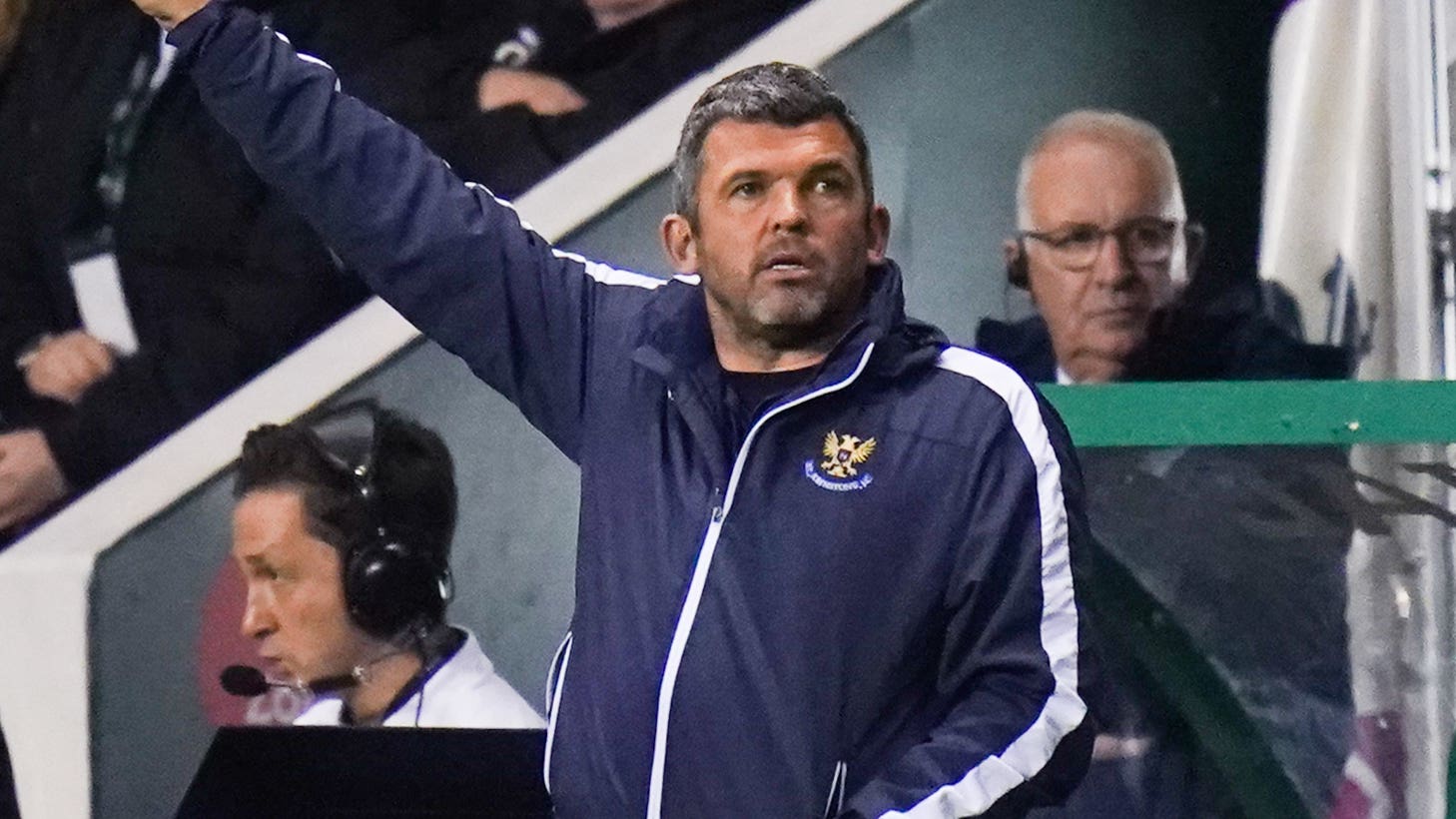 Callum Davidson wants his St Johnstone  side to ask questions of Kilmarnock in their second cinch Premiership meeting this month.

The Perth outfit lost 2-1 when they visited Rugby Park on October 5, with Danny Armstrong scoring a double before substitute Theo Blair grabbed a late consolation for the visitors.

Saints get the chance to avenge that defeat on Saturday when Derek McInnes brings his in-form Killie side to McDiarmid Park on the back of a five-game  unbeaten run, and Davidson wants the Ayrshire men tested.

“I felt that in the second half down there we didn’t ask enough questions.

“We were good in the first half. We obviously conceded the goal, but I think we need to ask them more questions.

“It is a different surface, so it will be a different type of game. It is quite difficult to play on plastic pitches.

“We have players here who suit a grass pitch better. We want to go and put the game to Kilmarnock and put them under pressure.”

St Johnstone go into the game on the back of a thrilling 2-1 comeback win against Hibernian at Easter Road last Friday night, and Davidson spoke of its significance following three straight defeats.

“All three points are important this season,” said the former St Johnstone defender, who will have Graham Carey available again.

“It is a tough league. I was delighted we got the three points, it gives everyone a boost.

“It is nice when you don’t play particularly well, especially the first half,  and you come away with three points.

“That is the biggest thing and you have to take it on to the game on Saturday and we are really looking for back-to-back victories.

“We have been working really hard and hopefully we can do it this Saturday.”