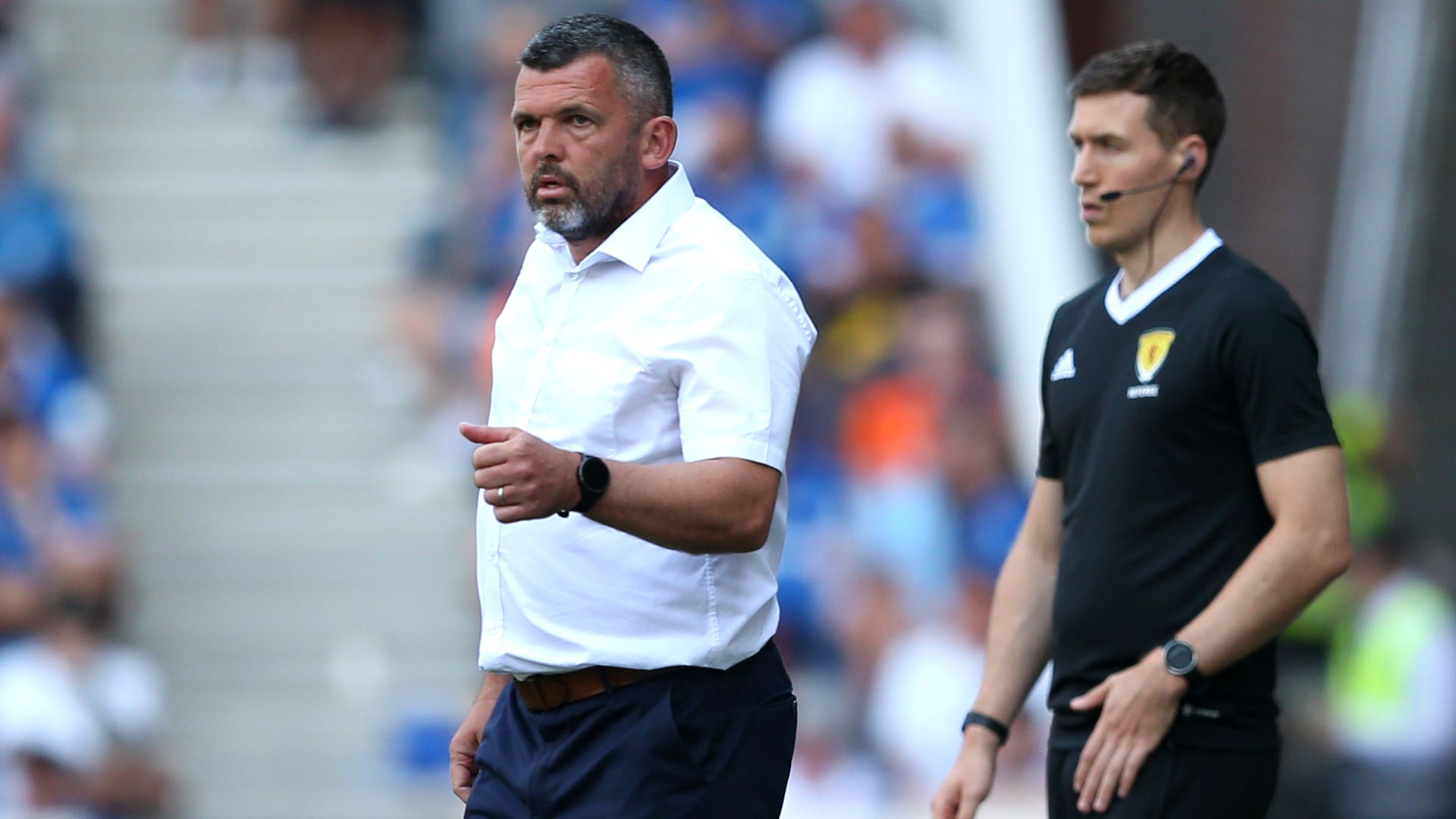 Callum Davidson knows his side’s home form is key this season, as they look to add to their two wins already in the cinch Premiership.

The Perth side played out a goalless draw with Ross County, where both sides had chances to win the game in the opening 10 minutes. Stevie May rattled the post for the home side before William Akio – who was a threat throughout – thumped the crossbar just moments later.

David Cancola had a shot from range held by the keeper in the second half after Andy Considine had a header saved in the first half, before Nicky Clark came close on the follow-up.

Saints boss Davidson knows home form is key, as is the way they look to play in front of their home crowd.

He said: “I think home form has improved, we have tweaked the tactics a little bit and tried to be a wee bit more attacking.

“We are playing with wingers and wingbacks and playing three up front as well. We are trying to be a little more attacking at home and cause more problems.

“Home form is key for us to be a success this season. There have been a lot of positives there, especially the last two home games.

“We have other fixtures coming up where we can get points. We will get everyone fit and healthy and we will have a really strong squad to pick from.”

There were a smattering of shouts for a St Johnstone penalty when Nicky Clark was seemingly hauled down in the box, but Davidson was not overly convinced his side should have been awarded a spot-kick.

“Again though I thought we came back into the game in the last 15-20 minutes.

“I am pleased as a manager to see substitutes coming on and making an impact.”

Ross County manager Malky Mackay was full of praise for his young squad, as they continue their bedding-in process.

He said: “People take Scottish football at their peril – it’s a tough league where no quarter is given or asked and teams are well organised, well drilled and fit.

“It’s a physical game and everyone has to get to that speed, which they are.

“We had Kazeem [Olaigbe] hit the bar and [Owura] Edwards had a good go on the left after coming on.

“These are guys starting in the division but they have threats. The spine of my team was excellent.”