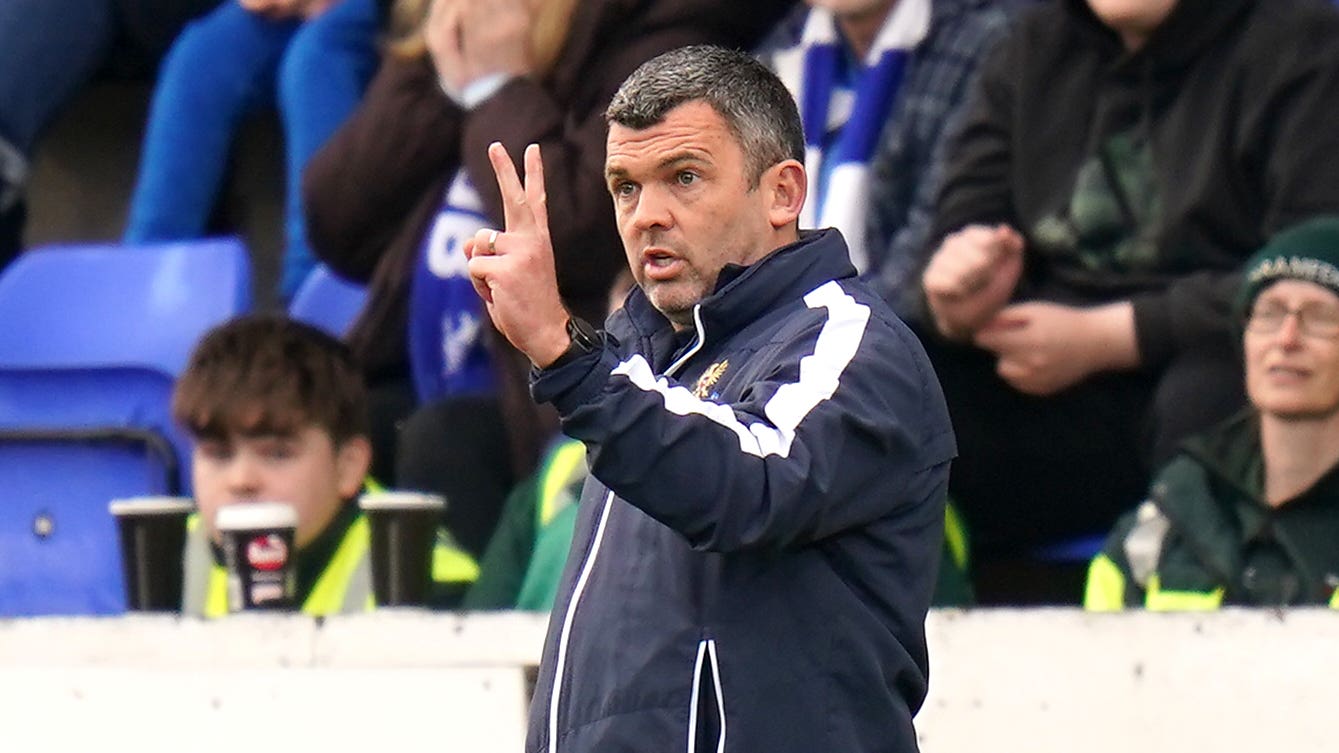 St Johnstone manager Callum Davidson says his side are continuing to show their character in the cinch Premiership after fighting back to beat 10-man Ross County.

Victory in Dingwall made it six unbeaten game for the Saints, but for their latest three points Davidson’s men had to recover from Jordan White’s 22nd-minute opener to claim a 2-1 comeback win.

It is not the first time they have had to do that in their current run, which started away at Hibernian where St Johnstone went behind.

Like that game at Easter Road, Saints’ opponents were reduced to 10 men before the Perth side turned the clash around – on this occasion thanks to two goals in quick succession from Ali Crawford – but Davidson sees it as a positive that they were able to make the most of their numerical advantage again.

“We said at half-time that we thought we could win the game,” Davidson said.

“We were really disappointed to go in 1–0 down, and the game was still there for us to have a go at.

“The sending off did help, but it shows the character of the team. We did it at Hibs and now we’ve done it at Ross County – we’ve taken advantage of a situation that we were given, and I’m really pleased with that.

“This is a tough place to come and play against these guys up here, so I’m really pleased to get the points and we’ll go back down the A9 happy.”

County manager Malky Mackay felt his side ‘shot themselves in the foot’ with Jack Baldwin’s red card just after the hour.

A heavy touch from Ross Laidlaw’s pass allowed Stevie May to steal possession outside County’s box, and Baldwin committed a professional foul to earn himself an early bath.

The hosts’ 10 men held out until the 77th minute when Crawford drew the scores level, and two minutes later the Saints substitute struck the winner.

“We started the game fine in the second half, but we shot ourselves in the foot,” Mackay said.

“When I look at the build up to the sending off, there are five players in our team that could have done something different, which would not have ended up with Stevie May taking it off Jack.

“That being the case, we really caused ourselves our own problems.

“With 15 minutes to go, they got the break of the ball in the box and they fell to Ali Crawford who scored them well.

“We posed our own problems with the sending off, and that changed the course of the game.”