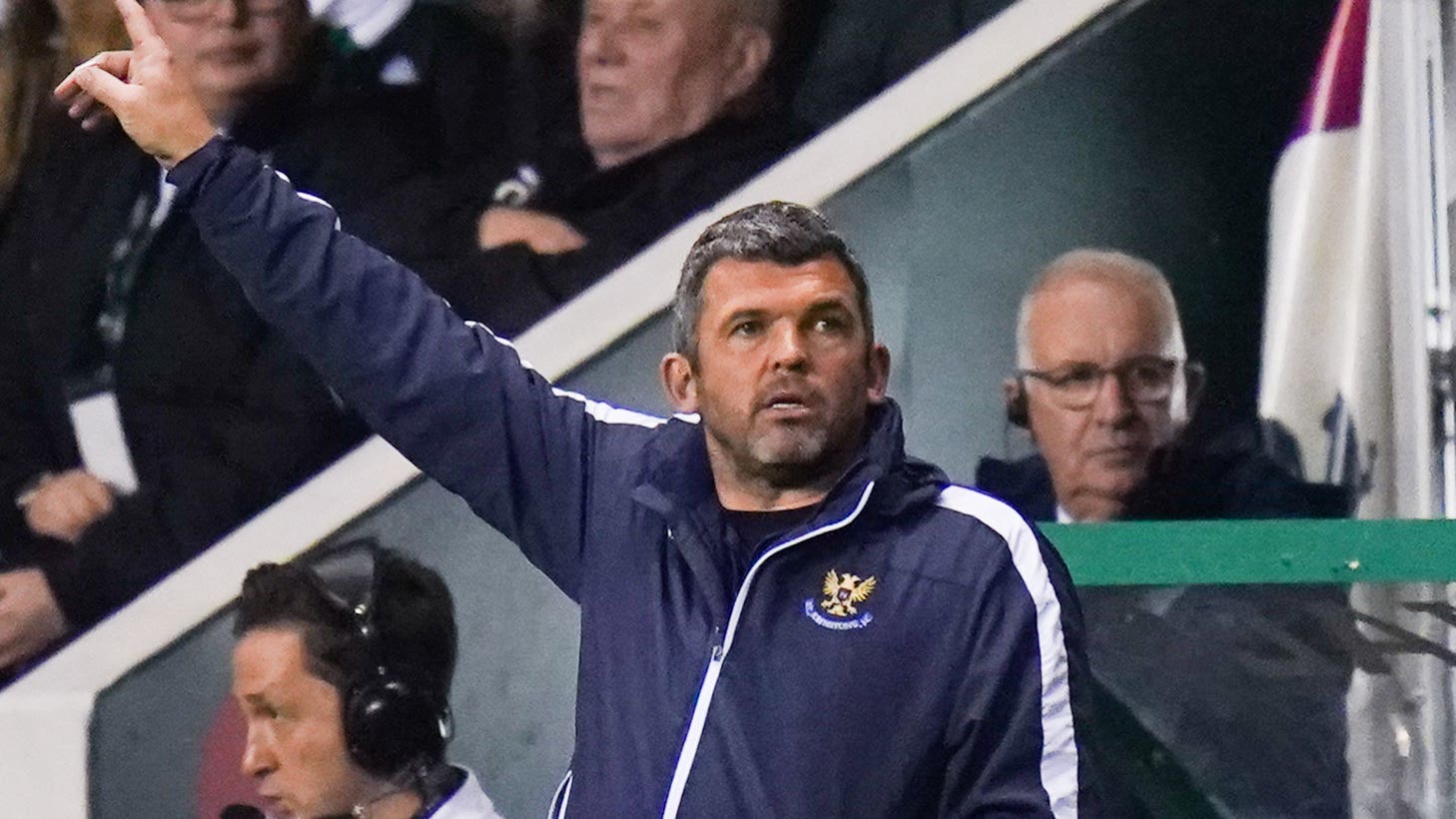 St Johnstone manager Callum Davidson was too angry with his side’s first-half performance to celebrate the goals in their comeback win over Hibernian with or without the delays caused by VAR checks.

All three goals were checked as Saints beat 10-man Hibernian 2-1 at Easter Road in the video technology’s introduction to the cinch Premiership.

Hibs led through a 35th-minute Mykola Kuharevich header and were well on top until Kyle Magennis suffered a premature end to his first start in 13 months when he received a second yellow card in the 70th minute.

Nicky Clark headed home from a corner three minutes later and substitute Stevie May nodded in an 83rd-minute winner to claim a victory that seemed unthinkable before the red card.

When asked how VAR influenced his night, Davidson said: “I probably didn’t celebrate because I was still angry about the first half, it was still going round in my head.

“That’s going to happen, celebrations are probably going to be a bit more muted, especially on the sidelines as you wait to see if it’s a goal.

“I’m delighted with the outcome, I thought VAR was okay, I thought the referees did really well, tried to get the game going as quickly as possible.”

Davidson added: “First half was probably the angriest I have been since I took charge. It’s a little bit of mixed emotions. First half we were really poor. Hibs were good.

“I asked for a reaction second half. The substitutions helped and once Hibs went down to 10 men we got the goal pretty early straight after it and controlled the game well. Some days we have played a lot better and lost.”

Hibs boss Lee Johnson felt his side paid the price for poor decision-making and execution in the final pass as they dominated for the bulk of the game in front of a 20,010 crowd.

On Magennis, who received a second yellow card for a late challenge on Jamie Murphy, Johnson said: “The natural question is whether I should have taken Kyle off earlier. It was something that was strongly considered. We have the luxury of live GPS and Kyle was our second highest output in terms of consistent metres per minute.

“He is also a fantastic player. I wanted to keep him on the pitch.

“He has made a bad decision on the back of not playing in 13 months and being too keen to get the next goal.

“That’s the disappointing thing, we haven’t been able to hold on to that and conceded pretty quickly and pretty tamely on two occasions.”

Johnson felt Clark had two hands on the back of Ryan Porteous while heading the equaliser but accepted the decision of referee Kevin Clancy and video assistant Willie Collum to award the goal.

The Hibs boss said: “It is difficult because how do we really know how much force went into that?

“There are two hands in the lower back but it doesn’t look like enough force for VAR to change the decision.”