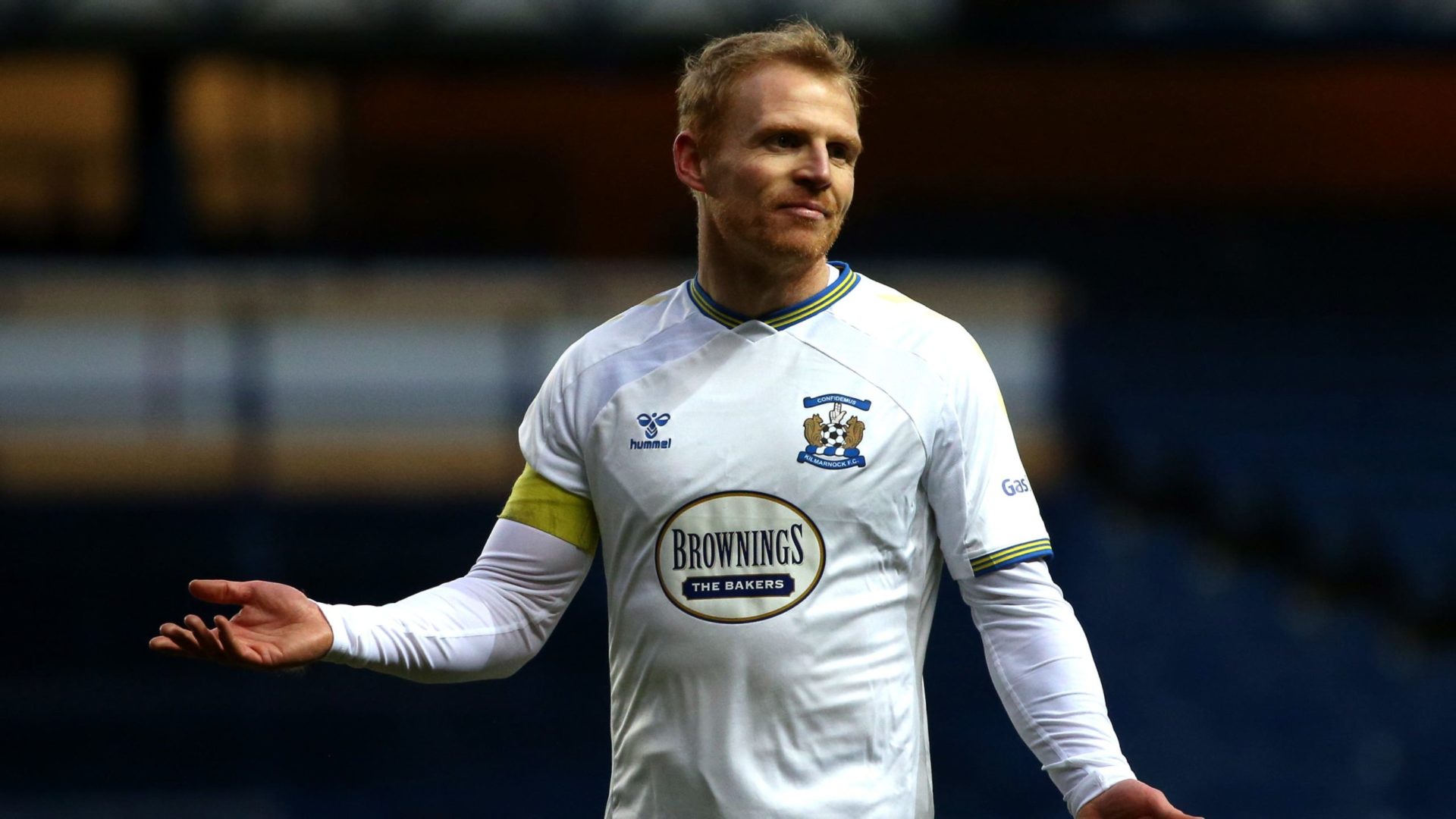 Chris Burke now has clarity in his life after being appointed Kilmarnock’s new reserves, Under-18s and intermediates coach.

The 38-year-old attacker joined Killie from Ross County in 2017 and left at the end of the season following their promotion to the cinch Premiership in the hope of continuing his playing career.

However, after again considering his future Burke decided to take up the coaching role he had been offered by the Ayrshire outfit and will work under boss Derek McInnes again.

He told the club’s official website: “I did a lot of thinking and reflecting after coming to a crossroads in my life on what path to take next. I now have clarity in how I feel.

“I know I said I was going to continue playing but I must say that I had to come back to the club.

“In the back of my mind, I felt that my sense of fulfilment in life and the place to start my new journey was here.

“I have to thank the manager especially because he maintained good communication with me to see how I was.

“He’s not just a great coach and manager but a great leader so he was another big factor in coming back here.”

Burke had been involved with Killie’s Under-17s side and thus has a strong knowledge of the club’s academy players.

He said: “It is the best education that I’ll get in starting my new journey, which I hope will be a long and successful one.

“Working with the manager, Tony Docherty, Paul Sheerin along with Paul Di Giacomo and Craig Clark – there’s no better start for me than that.

“What I can do for these kids is bring part of my story to them. Putting formations and tactics to the side for one minute, it’s all about the core values.

“Good behaviours, a good attitude, togetherness and helping them deal with the small failures and setbacks – I can help them with those things.

“I want to add to the good work that the Academy have already been doing. I’ve worked in the academy for a few years now and I have a great relationship with Paul [Di Giacomo] and Craig [Clark].

McInnes added: “I’m absolutely delighted by Chris’ desire to come back and be part of what we’re doing here.

“This is such an important role in the club, helping to develop our academy players alongside the other academy coaches and producing players for Kilmarnock’s first team.

“Chris is a brilliant role model for our youngsters to learn from and ensuring we maintained his association with the club was everything we wanted.”