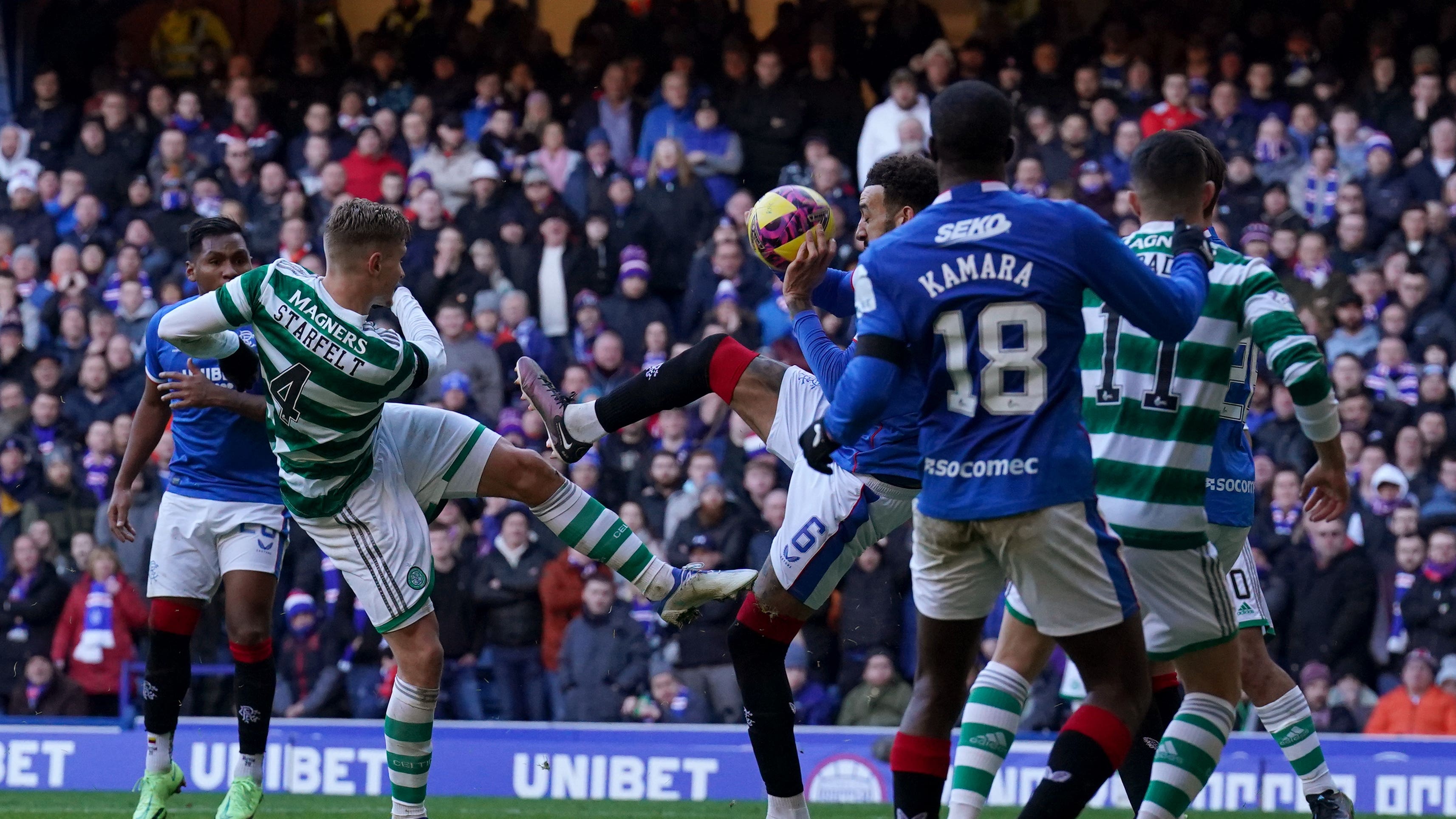 Referee John Beaton played on after Connor Goldson appeared to stop Carl Starfelt’s goal-ward effort with his hand or even both hands during the Hoops’ 2-2 draw with Rangers. The shot came from close range and Goldson’s hands initially appeared to be in front of his face before rising after the ball spun up.

Collum studied the incident but did not offer Beaton the chance to take a second look on the pitchside monitor.

Dougal backed that decision but also insisted that VAR would not have intervened if Beaton had given the spot-kick.

Dougal told BBC Scotland: “The current laws at the moment are: ‘Did the player make himself unnaturally bigger? Has there actually been a handball?’ If you’re a Celtic fan I’m sure you’re going to claim, ‘Yeah, I can see a little nick there’.

“If it does, where is it hitting? It looks as if it’s going to hit his head, so he’s not making his body unnaturally bigger. Another key factor here is, are his hands outwith his body? No.

“The distance between the two players is something else that VAR and the referee would take into consideration.

“And is it conclusive that there is actually a handball where the hands are above the shoulder or beyond?

“When you take them all together, I’ll let other people make up their mind whether they would give a penalty or not.

“The reason VAR didn’t get involved in it is that they don’t see a clear and obvious error.

“If you think that was a handball because the hands are big and above the head, then you’re entitled to give a penalty kick. I don’t think VAR would get involved then either.

“That refereeing decision has really got to stand whether or not the Celtic fans think it’s fair.”

The laws of the game state that a handball happens when, firstly, a player “deliberately touches the ball with their hand/arm, for example moving the hand/arm towards the ball”.

The other scenario is when a player touches the ball with their hand/arm “when it has made their body unnaturally bigger”, ie. the “position of their hand/arm is not a consequence of, or justifiable by, the player’s body movement for that specific situation”.

The International Football Association Board, which decides on the laws of the game, previously addressed a similar a scenario in a QandA example in which a defender, who is very close to an attacker taking a powerful shot, puts their hands towards their face in a reflex action for protection.

IFAB stated: “The referee allows play to continue as the hand/arm position was the result of the player’s natural (reflex) movement and did not make the body unnaturally bigger.”